Kevin Murphy, one of the minds behind Mystery Science Theater 3000 and RiffTrax, knows his movies. He immediately pointed out how this exercise is “an unfair thing to ask someone who likes movies.” He indulged us, regardless, and went on to explain: “It ultimately comes down to what movies, when they come on at two in the morning when I should be in bed, do I watch until the end.” 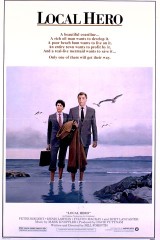 Bill Forsythe film, Scottish and unassuming. He came to the states and he worked with Peter Riegert and you’ll recognize Peter Capaldi as a very young man named Donnie. It’s so sweet, and yet savvy, and I think that’s the same thing with Local Hero — it’s a comic film that captures a tremendous amount of sadness and that’s really hard to pull off, to have a character who’s fundamentally sad, and then finds something wonderful and risks it being taken away from him. That’s the complication of the film. He’s the oil man that comes over from this huge air conglomerate in Houston and his mission is to come over to this small town and buy the town and turn it into an oil refinery. It was a precursor to things like Northern Exposure. Instead of having aggressively quirky characters, all of these characters are people I’ve met when I’ve been to the British Isles and Scotland, and yes they are that eccentric. Peter Riegert is wonderful in it. It’s slow and it’s soft, but it’s hilarious, and the music is by Mark Knopfler [of Dire Straits]. I’ve never shown this to anyone who regretted seeing it. 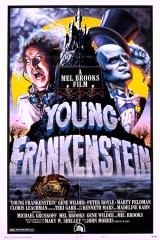 I can’t help myself. I think Mel Brooks pulled off a magic trick, which was to pull off a parody of a certain style of film, but also make it something absolutely new at the same time. I love The Producers because it has such great characters, but Young Frankenstein is a little  broader and it has some of the most brilliant comic moments. It’s hammy without being overtly crass like Blazing Saddles was. Madeleine Kahn — God bless her — it’s one of the best comic performances that I know of. I go back to it and see something new that she’s added to it. Mel Brooks and she must have fed off each other’s madness to get that sort of performance. And Marty Feldman attacking her fox stole and chewing on it; I lose it every time when I see that. 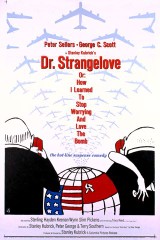 I saw it — they brought it to my junior high school when I was in seventh grade and they showed it in an assembly to an English class. It was great. 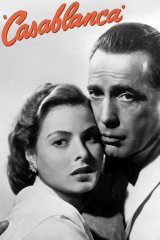 I saw it again recently and had to watch it all the way through to the end. It is so emblematic of an era of film that was unique to its time. There will be no more Bogart and there will be no more Bogart films, and it was for me like the quintessential Bogart film. He’s a good guy with a shadowy past, –he’s a little gruff but you absolutely cheer for him no matter what. It’s just good old fashioned filmmaking that I don’t think has aged, except for the fact that it’s so stylized and sort of melodramatic that you could never pull it off again. It’s frozen in time. It can’t be altered, so it can’t be hurt. Nobody will ever successfully make that film again. 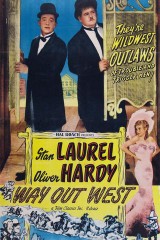 It has to be a tie. Laurel and Hardy simply because they are two of the funniest people who have ever been on film. I’m leaping over the entire Marx brothers collection to say this, which I also love, but I recently went back and saw both of these films, and just the combination of really brilliant physical humor and absolute charm when these guys are just standing there, and they’re so good together. Nothing beats weirdness for the sake of weirdness, like the Marx brothers were prone to lapse into. But just to see the scene where they’re in a bar where they’re way out west, and a cowboy starts singing “Trail of a Lonesome Pine” and Stan and Ollie just join in and do a dance and harmonize and Stan gets hit in the head with a hammer, it’s sublime. Sons of the Desert for the same reason. I don’t think there’s ever been a comedy team as good at what they do as these guys.