Jumanji: Welcome to the Jungle Is Certified Fresh

This weekend at the movies, we have — deep breath — a wild adventure (Jumanji: Welcome to the Jungle, starring Dwayne Johnson and Kevin Hart); some part-three harmony (Pitch Perfect 3, starring Anna Kendrick and Rebel Wilson); the life of a circus legend (The Greatest Showman, starring Hugh Jackman and Zac Efron); some short people (Downsizing, starring Matt Damon and Kristen Wiig); a couple of guys in search of their dad (Father Figures, starring Owen Wilson and Ed Helms); a famous cigar aficionado (Darkest Hour, starring Gary Oldman and Kristin Scott Thomas), and proof that, as George W. Bush once insisted, man and fish can coexist (The Shape of Water, starring Sally Hawkins and Doug Jones). What are the critics saying? 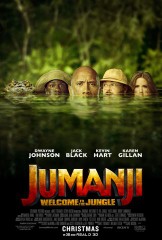 We’ve lost Robin Williams, the kids in the original cast are all grown up, and the book the movie was based on is just a slender 32-page tome that wouldn’t seem to offer much in the way of sequel potential. The world wasn’t exactly crying out for a follow-up to Jumanji, in other words — which is part of what makes this weekend’s Jumanji: Welcome to the Jungle such a pleasant surprise. While critics admit that this sequel is far from perfect, it turns out there’s a surprising amount of story to be spun from the idea of a game that pulls its players into a fantasy world; toss in a game cast led by Jack Black, Karen Gillan, Kevin Hart, and Dwayne Johnson, and you’ve got yourself an effects-enhanced adventure that offers enough silly all-ages fun to justify the price of a ticket. There’s certainly no shortage of options at the cineplex this weekend, but families seeking a fizzy chaser after catching Coco and The Last Jedi can expect to find this Jungle fairly welcoming indeed. 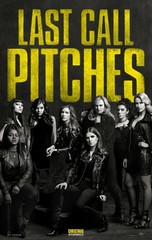 To put it mildly, the exploits of a cappella singing groups is not the stuff Hollywood franchises tend to be made of. So hats off to the Pitch Perfect trilogy, which took the simple tale of a college student lured into joining a singing troupe — inspired by a non-fiction bestseller — and turned it into a smash hit that spawned an aca-saga. That being said, critics definitely cooled on Perfect with the second installment, which squeaked into Fresh territory despite diminishing returns; unfortunately, Pitch Perfect 3 does not represent a reversal of fortune for the franchise, which appears to be going out on a fairly emphatic sour note. The gang’s all back for this third chapter, but critics say that aside from squeezing more box office cash out of the goodwill they generated with the original, there’s no real reason for this — although a certain number of laughs is inevitable when you round up a cast this talented, they’re too few and far between to justify your movie dollar. 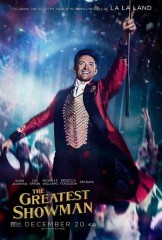 There are passion projects, and then there’s The Greatest Showman. First announced nearly a decade ago, this musical biopic about circus entrepreneur P.T. Barnum has persisted during a stint in development hell that would have wilted most other movies — due largely to Hugh Jackman’s persistence in remaining with the film even as it struggled for years to secure studio funding. It took a long time, but Jackman’s faith paid off: along with a starry ensemble that includes Michelle Williams and Zac Efron, Showman ended up securing the services of Oscar-winning songwriting duo Pasek and Paul, and as a showcase for its leading man’s non-Logan abilities, it ended up being thoroughly well-timed. Unfortunately, it isn’t very good, at least as far as critics are concerned: reviews describe a movie with an overwhelmingly madcap energy that puts a glossy spin on Barnum’s life, leaving many of the thornier questions surrounding his legacy bumped to the margins between musical numbers. The scribes are just about evenly split on this one, so if you’re a big Jackman fan or just jonesing for a Hollywood musical, you might get your money’s worth; still, all in all, The Greatest Showman looks like a perplexing missed opportunity. 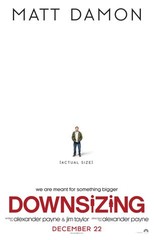 Overcrowding and the global struggle for safe and secure natural resources are very real problems — and ones that could definitely benefit from being explored in a wide release directed by one of the film industry’s more acclaimed writer-directors, working with a terrific cast of talented Hollywood veterans. Oscar winner Alexander Payne gives it his best shot with this weekend’s Downsizing, starring Matt Damon and Kristen Wiig as a harried married couple who opt to take advantage of newly developed shrinking technology and start life over in a miniature community. It’s a setup that could lead in all sorts of fascinating potential directions, and critics say that’s part of the problem — with no shortage of thought-provoking themes to tackle, the movie fails to fully develop any of them, and starts promisingly, only to frustratingly fizzle out. It’s rare that we get a mainstream feature this ambitiously original, and the end result is far from a failure; still, those who seek it out at theaters may want to downsize their expectations. 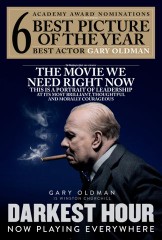 Dozens of actors have played British politician Winston Churchill, and the pivotal moments he presided over during World War II have been dramatized countless times — so if you want to depict any of the above on the big screen, you really need to set yourself apart. At this point, it would probably be unreasonable for anyone to expect — or want — an actor or filmmaker to reinvent the beloved Prime Minister; for a Churchill picture to succeed, it simply needs to offer a version of the man and his times that offers verisimilitude as well as emotional impact. Critics say director Joe Wright does just that with Darkest Hour, and he pulls it off largely thanks to an incredible performance from a barely recognizable performance from Gary Oldman in the central role. Working under heavy prosthetics, the acclaimed veteran delivers some of the finest work of his career — and reviews describe a smartly crafted, hard-hitting drama that looks like an immediate awards season favorite. 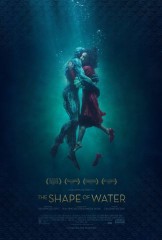 Guillermo del Toro has a feverish imagination and a singular eye for alluringly disturbing detail — qualities that have been his biggest blessing as well as a frustrating curse during his filmmaking career. After rattling off a string of early classics, he’s sometimes struggled to keep his footing in the Hollywood system, with some projects (like the late, lamented At the Mountains of Madness) dying in development, while others (Crimson Peak) didn’t quite meet critical or commercial expectations. Still, when he’s on his game, there’s nothing like a del Toro movie — and with The Shape of Water, critics say he’s most definitely on his game. Set in Baltimore during the early ’60s, it combines all the dark, beautifully realized fantasy his fans have come to expect with a poignant romance brought powerfully to life by Sally Hawkins (as the night shift janitor at a research facility) and Doug Jones (as the mysterious amphibian creature held captive there). Reviews describe a film that follows an admittedly familiar narrative arc, yet still packs a mighty visual and emotional wallop; whether you’re in the mood for a love story, a creature feature, or just feeling overdue for a new and thoroughly satisfying del Toro experience, it looks like The Shape of Water is perfectly pleasing.

There’s no movie fun quite like the fun of a well-matched comedy team, and the stars of this weekend’s Father Figures definitely know how to get laughs by working with other people: Ed Helms stole more than a few scenes as part of The Office‘s talented ensemble, and Owen Wilson was half of the duo that brought you Wedding Crashers, for Pete’s sake. Team ’em up for a road trip comedy about a couple of brothers out to determine the identity of their dad — and add in an eclectic supporting cast that includes Glenn Close, J.K. Simmons, and Christopher Walken — and you’d seem to have yourself the makings of a yukfest for the ages. We only have a handful of reviews in, so it’s still early, but at the moment, it looks like critics have found Father Figures to be less than the sum of its parts; reviews describe a comedy bereft of energy or purpose, with a handful of funny moments (and a memorable Katt Williams cameo) that aren’t enough to make up for and overall lack of laughs. If you’re in the mood to see any of these stars do their thing this weekend, seeking out some of their better earlier work would seem to be your safest bet.