The former Dharma & Greg star here is Alice, who sings, dances, rides bulls — and that's all before her imaginary friend jumps in and causes chaos.

It’s hard to top the magical chemistry of the duo at the center of hit sitcom Dharma & Greg, which aired on ABC from 1997 to 2002 and boasted Jenna Elfman‘s breakthrough role. But now an animated character is making a run at the quirky bond between Thomas Gibson’s Greg and Elfman’s Dharma.

In Imaginary Mary, Elfman stars as Alice, a career woman whose childhood imaginary friend Mary (voiced by Rachel Dratch) comes back into her life.

The only thing worse than Mary’s timing is her constant need for Alice’s attention. Alice is in a relationship with Ben (Stephen Schneider). A single father, Ben is ready to introduce Alice to his kids (Nicholas Coombe, Matreya Scarrwener, and Erica Tremblay). That’s usually when Alice bolts, but she’s sticking it out. Maybe Mary can help her get back to her childhood state and connect with Ben’s kids.

Artists worked hard to make the computer-animated Mary a funny character, even revamping the first concept of the character. Meanwhile, Elfman has brought her own brand of funny the old-fashioned way in a series that gives her a showcase to sing karaoke, ride a mechanical bull, dance in the backyard, and react to the messes kids make in the buttoned-up side of her adult life.

Elfman recently spoke with Rotten Tomatoes about the series and dished on the prima-donna antics of her animated co-star. 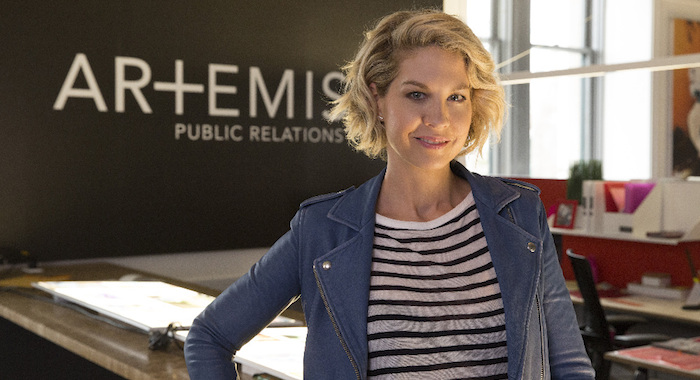 Fred Topel for Rotten Tomatoes: It seems Mary is more demanding of Alice than Alice ever was of her. Why would Alice create an imaginary friend that was so needy?

Jenna Elfman: Well, my character’s parents fought viciously and divorced and were never there for her. Mary’s personality is kind of representative of everything that goes on in a little girl’s mind from the absurd to the true needs, needing that emotional support. So the inner struggle of decision-making, I think many people have a noisy thought process, so the thought process of this girl trying to navigate the struggle of this brand-new territory of love, which she had never had an example set for her. She had a horrible example set for her and never had anyone who was there emotionally for her. Mary represents all those factors that are going on for her emotionally.

RT: Does Mary ever have good advice for Alice?

Elfman: Yeah. Sometimes one’s own reckoning has good ideas so Mary manifests that too. In the second episode, I’m doing yoga and I don’t know what to do and she’s like, “Go to him. Go talk to him.” I’m like, “Right, go to him, yes, communicate. Wow, what a novel idea.” 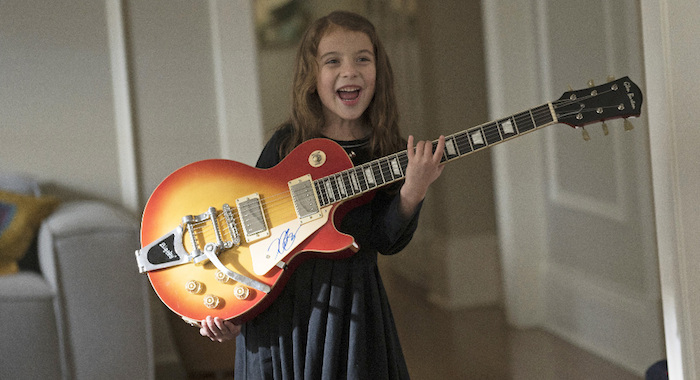 RT: Could Imaginary Mary still work as a comedy about a blended family without Mary’s added interference?

Elfman: Maybe, but I think Mary adds his dimension of inner turmoil that brings a comedy element to it that wouldn’t be seen if it was just a normal blended-family comedy.

RT: Have you always seen yourself as a physical comedian? 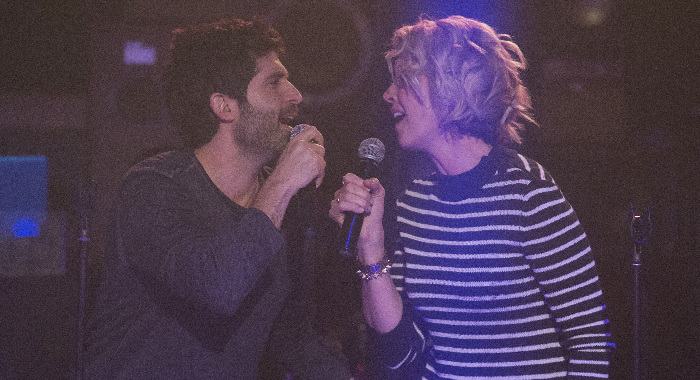 RT: When you dance or do karaoke, do you dive in full on?

Elfman: You have to. What else are you going to do, go halfway? You have to just commit and have fun. She was drunk and having this heightened moment of thinking she completely blew it with the first person she’s ever truly been in love with. The stakes were really high. I don’t know if you’ve ever done anything wild when the stakes were high in your life.

RT: Did you do the bull riding yourself?

Elfman: I did. I think they had a stunt double for one of the extreme moments, but I did ride it myself.

RT: Did you have to train for that?

Elfman: No, we just did a little practice session before filming one day. I came in early and we practiced.

RT: Did you pre-choreograph your backyard dance? 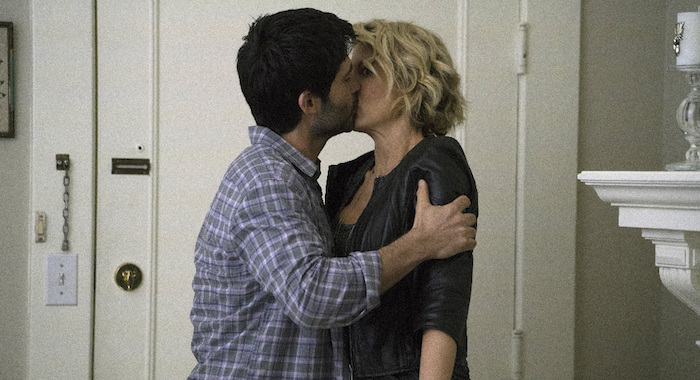 RT: Did you see the previous version of Mary and how different was she than she is now?

Elfman: Absolutely. Not like crazy different. They just made some adjustments to her face, brightened her eyes up, just made some nuanced changes that emotionally impact you more favorably when you’re watching.

RT: What other fun adventures do Alice and Mary get into this season?

Elfman: So much because Alice is someone who is like, “no marriage, no kids ever.” Now I have to, in order to have a meaningful relationship with Ben, I do have to engage with his children which is, like, terrifying for my character. So I have to engage and I have to help them solve their problems, and I don’t know how to do that. So everything from being accepted socially in school to helping a girl through her teenage stuff and then how was I as a teenager. It’s all that inner dialogue of what the hell do I do and do I tell them to do what I did and misguide them? Mary’s all part of that.

Elfman: Anything that has an increase of female stories, I’m excited about.