Plus, Bad Moms is raucous but uneven, and Nerve is fitfully twisty.

This week at the movies, we’ll spend some time with a revenant spy (Jason Bourne, starring Matt Damon and Alicia Vikander), misbehaving mothers (Bad Moms, starring Mila Kunis and Kristen Bell), and a dangerous game (Nerve, starring Emma Roberts and Dave Franco). What do the critics have to say? 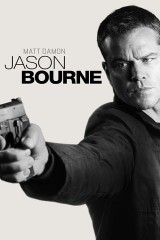 Death and taxes are often said to be life’s only inevitabilities, but in Hollywood, we’ve just about reached the point where we can add sequels to that list (and possibly ranked higher than taxes, but that’s a discussion for another day). This weekend’s Jason Bourne is the latest proof of that principle in action, bringing Matt Damon and director Paul Greengrass back to the Ludlum-derived spy franchise nearly a decade after they swore they were finished with it — and unfortunately, quite a few critics say they should have left well enough alone. Where the original trilogy injected the espionage thriller genre with fresh visual kinetics and a satisfyingly complex post-Cold War perspective, this Bourne is content to play a variation on its predecessors’ themes, sending Damon’s titular ex-amnesiac assassin back into the breach for another round of globetrotting action that feels disappointingly similar. While watching Damon beat up bad guys still remains a fairly good time at the movies, reviews suggest this is one series that may have given us one sequel too many. 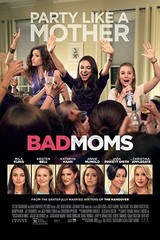 After decades of treating every non-rom-com genre as almost exclusively the dudes’ domain, Hollywood finally seems to be waking up to the idea that women can carry movies too, and that long-overdue transition makes it tempting to root for any movie that gives a traditionally male-centric premise a distaff twist — which is one reason why more than a few critics have admitted they had high hopes for Bad Moms. Starring Mila Kunis, Kristen Bell, and Kathryn Hahn as suburbanites who shake off the social strictures of the minivan elite and bawdily embrace maternal imperfection, this raunchy comedy offers its stars a too-rare opportunity to indulge in the type of humor that usually goes to the bros, and reviews describe a movie that’s engaging even if it’s something less than the sum of its parts. Writer-directors Jon Lucas and Scott Moore obviously mean well, say the pundits, but considering the talent assembled, the end result should have been more consistent and far more daring; still, for filmgoers seeking a fun night out, Bad Moms should be worth the price of a ticket. 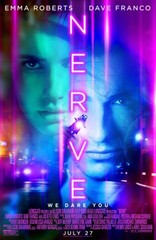 Anyone who’s ever felt the giddy rush of a social media like, retweet, or celebrity follow understands the lure of online acceptance — and how easy it is to get caught up in chasing its addictive lure. Nerve, the latest effort from Catfish directors Ariel Schulman and Henry Joost, uses that craving as the springboard for a techno-driven teen thriller about a shy high school student (Emma Roberts) whose ordinary life is enlivened when she starts using an app that offers virtual notoriety (and real-world riches) in exchange for accepting crowd-sourced dares — and she soon finds herself snared in a sinister web of strangers’ demands. Critics say that although it’s arguably more compelling for the tween set, Roberts and co-star Dave Franco have an easy chemistry that adds an extra spark to the story’s timely themes, and Schulman and Joost direct the proceedings with plenty of visual flair. While few reviews argue it’s among the most thought-provoking cinematic statements on its subject, Nerve holds up as a generally agreeable mid-summer diversion.