Indie Fresh List: Nomadland, I Care a Lot, and Supernova

This week for our Indie Fresh List, we have a pair of Golden Globe-nominated films  — a quiet wanderlust drama about finding purpose in dire circumstances and a hilarious dark comedy about caring for the elderly — alongside an intimate LGBTQ love story. In our Spotlight Section, we have a new drama from How I Met Your Mother star Jason Segel. 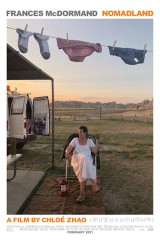 Chloé Zhao will perhaps be sporting new hardware when Marvel’s long-awaited MCU team-up flick Eternals hits theaters later this year. She has literally swept up every major Best Director prize this season, making her the odds-on favorite for Best Director at the Oscars. After a limited theatrical run, Nomadland will finally debut on Hulu this weekend, giving many a first look at what is arguably the best film of 2020. Led by star Frances McDormand, Nomadland follows an aging widow who, due to the 2008 recession, is forced to live in her van as a nomad, like many aging Americans who faced the horrific financial crisis. The film is “achingly beautiful and sad, a profound work of empathy from Zhao. It’s a true elegy, a lament for the dead, a yearning for the lost,” according to Alissa Wilkinson of Vox. 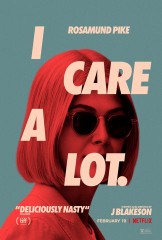 Rosamund Pike shocked many — but not us — when she snagged a Golden Globe nomination for her hilarious and dark turn in I Care a Lot. Debuting on Netflix today, the film will be appointment viewing for anyone looking for a wicked laugh this weekend. Playing a sinister care agent who cons elderly people and drains their finances under the guise of helping out, Pike is incredibly captivating. Courtesy of writer-director J Blakeson, the film has more layers than you gather at first blush and “takes Blakeson’s morally complex script and adds a whole new layer – daring us to hold up this despicable character as some twisted vision of female empowerment,” according to Clarisse Loughrey of The Independent (UK). 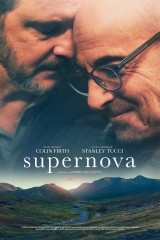 In between giving us the perfect way to make classic cocktails on Instagram and guiding folks through the wonders of Tuscany for his new travel show on CNN, Stanley Tucci does still find the time to act. This week he’s back on the Indie Fresh List reminding us why he is one of the most underappreciated actors of our generation. In Supernova, he and Colin Firth play a long-term couple that is faced with the grim reality of early-onset Alzheimer’s. Tucci’s character knows the disease is gaining on him as the pair embark on a road trip to see friends and have one last adventure. “The chemistry between Firth and Tucci is so natural and lived in that it’s impossible to say which of the two is better. It’s practically a tandem performance,” writes Andrew Parker of The Gate.

In theaters and available on VOD now. 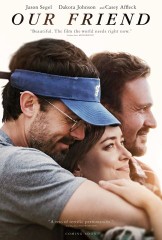 Since his incredible performance as David Foster Wallace in the End of the Tour, Jason Segel has been on a consistent indie drama track. This week for our Spotlight Pick, we have his latest, a family drama about the extents we go to for the ones we love. Our Friend chronicles the true-life tale of the Teague Family and how their lives were upended by the matriarch’s heartbreaking diagnosis of terminal cancer. The couple’s best friend Dane (Segel) offers to come and help out, putting his life on hold, and in doing so has a profound revelation that irrevocably changes him. “A beautiful portrait of embodied, relational love in action. It’s a film about being there for each other in the most literal, incarnate sense. No screens, no filters,” writes Brett McCracken of The Gospel Coalition. 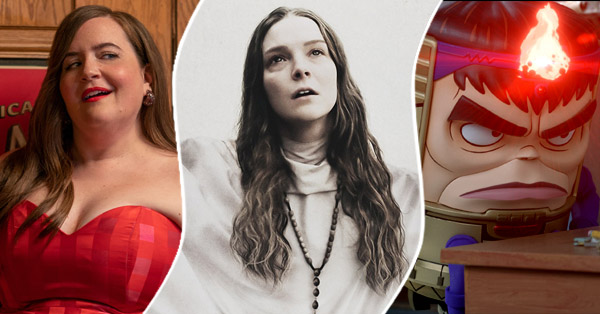 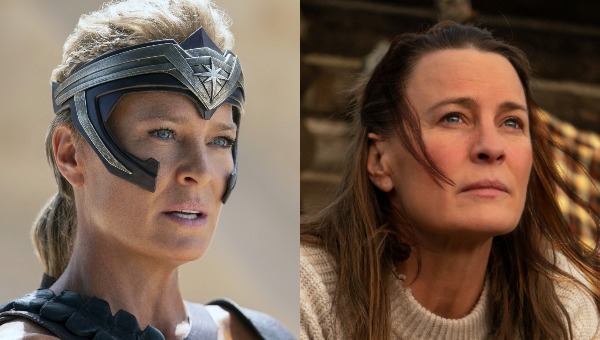 Robin Wright Has An Idea for A Movie About Wonder Woman‘s Amazons, And She Would “Jump At” the Chance To Do It