On its 25th anniversary, we look back at an early Sandler hit that is not only full of great performances and memorable lines, but also changed the way we enjoy golf.

After finishing up a successful stint on SNL in 1995, Adam Sandler launched head first into a movie career that is still going strong in its third decade. One of the earliest entries in the Sandler catalog is the golf comedy Happy Gilmore, about a wannabe hockey player who finds unexpected success as a professional golfer. And even though it’s just one in a long line of fish-out-of-water comedies that define the early part of Sandler’s big-screen career, the film ultimately changed the face of sports movies — or at the very least, the sport of golf — and has attracted a legion of fans unlike any of this other comedies.

From the unforgettable lines and oft-imitated golf swing to the Mandalorian connection and the introduction of Bob Barker to a new generation, Happy Gilmore remains as relevant as ever. Throw in a soundtrack that seamlessly blends a variety of artists like Lynyrd Skynyrd, House of Pain, Kansas, and of course Diana Ross and Lionel Richie, and then tack on a Star Wars-inspired ending with spirits appearing the sky, and you’ve got yourself one iconic offering.

So go to your happy place, because in honor of the 25th anniversary of Happy Gilmore, we’re breaking down five reasons why this is Adam Sandler’s best movie. Ever.

It Holds Rarified Status as a Fresh Adam Sandler Comedy 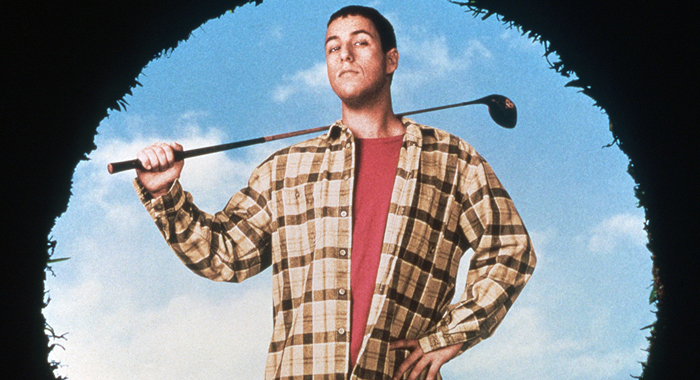 To say Happy Gilmore is Sandler’s first Fresh movie isn’t saying much, considering he was just getting started in the film world after SNL. And even though he has given us a few gems lately — pun intended — Happy Gilmore actually remains just one of a handful of Fresh films over his entire career. When it comes to comedies, Sandler cranked out more in his first 20 years than a first grade Billy Madison can even count, but Happy is joined by only The Wedding Singer, Punch-Drunk Love, and Funny People in the Fresh comedy category, and it’s debatable whether the latter two are even comedies in the first place.

It Is Ridiculously Quotable

One sign of a strong and long-lasting comedy is that a bunch of the jokes live on in popular culture for many years. And while Sandler’s Billy Madison brought plenty in 1995, especially when you’re debating the positive attributes of shampoo and conditioner, Happy Gilmore took it to a whole new level the next year. Whether it’s on the golf course, somewhere else in the world of sports, or in our every day lives, the film has earned a gold jacket in quotable lines.

“The price is wrong, bitch.”

“That’s your home! Are you too good for your home?”

“How am I supposed to chip with that going on, Doug?”

“You can trouble me for a warm glass of shut-the-hell-up. ”

There is no denying that Happy Gilmore, along with the emergence of some guy named Tiger, drove golf into the mainstream in the late ’90s. And while other classic golf films like Caddyshack and Tin Cup have contributed some pretty notable entries to golf culture, no other golf movie has influenced the game quite like Happy and his unorthodox 400-yard golf swing.  In a sport where people are still very much enamored by the long ball, the Happy swing remains one of the most attempted moves on a golf course by people of all skill levels. Sure, it’s mostly done for laughs, but you never know when you might really connect with one. Which is why everyone from kids to adults and pros to hackers love to give it their best shot – running start and all.

Some of the celebratory moves that are teed up throughout Happy Gilmore continue to live on in the world of golf as well. Happy riding his golf club like a horse was famously reprised by PGA Tour pro Boo Weekley during the 2008 Ryder Cup. Shooter McGavin (Christopher McDonald) shooting his ball into the hole with his finger gun is a move all true golfers strive to perfect.

And let’s be honest: if you’re not incorporating Chubbs’ (Carl Weathers) “it’s all in the hips” move when teaching your buddy the basics of the golf swing, you’re doing it wrong.

The Supporting Cast Is Outstanding

Speaking of Weathers, who is currently enjoying a career resurgence in a galaxy far far away with The Mandalorian, he headlines a talented and memorable supporting cast in Happy Gilmore. Known partly for Predator at the time — in which his arms are unceremoniously shot off — the veteran actor provides plenty of laughs in Happy, complete with one of his arms having been replaced by a hilariously too long and easily damaged wooden hand.

Julie Bowen plays Happy’s love interest, Virgina Venit, in what was one of her first film roles. She has, of course, gone on to win multiple Emmys for her role on Modern Family, but her totally-’90s hair and girl next door charm in Happy Gilmore is a nice reminder of her earlier work. You’re welcome for the points at your next trivia night.

There are also a few great cameos from people like Ben Stiller, whose nursing home orderly character will forever instill fear into the hearts of the elderly. And who can forget Kevin Nealon “feeling the flow” as a pro golfer, and longtime Price is Right host Bob Barker with his mean left hook? Speaking of which…

It Features a Fight Scene That Defined a Generation

Could we have kept Barker’s fight scene with Sandler in the supporting cast section of this article? Probably. But this is more than just a fight scene. It’s the fight scene. Not only did it take home the first ever Best Fight award at the 1996 MTV Movie Awards, but it also introduced and endeared Barker to a whole new generation of fans, as ratings for The Price Is Right were reportedly on the rise with college kids after the film’s release. And the legend only grows with stories from set about how Barker wanted to do his own fighting stunts, and how he would only do the role if he won the fight.

And now, to quote the man himself as he delivers a beat down to Happy, “I think you’ve had enough.”

Happy Gilmore was released in theaters on February 16, 1996. 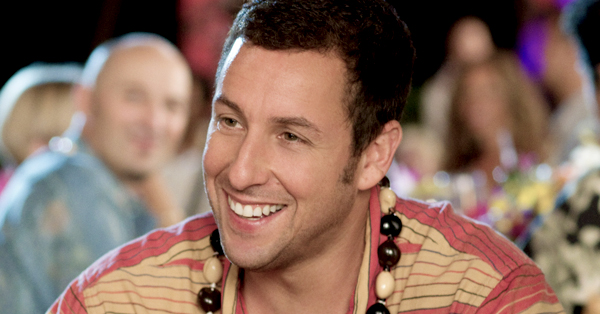