9 Festival Favorites from 2019 Still On the Horizon

The next few months are going to be dominated by big “awards” movies (think Bombshell, Little Women) and even bigger blockbusters (The Rise of Skywalker). But they’re not the only films worthy of your attention, and money, on the horizon. There is some great indie fare, much of which debuted on the festival circuit this year, coming to theaters and streaming services soon. So mark these dates down – at least the ones we have; we’re still waiting for release info on some of them – to get your quality indie fill. 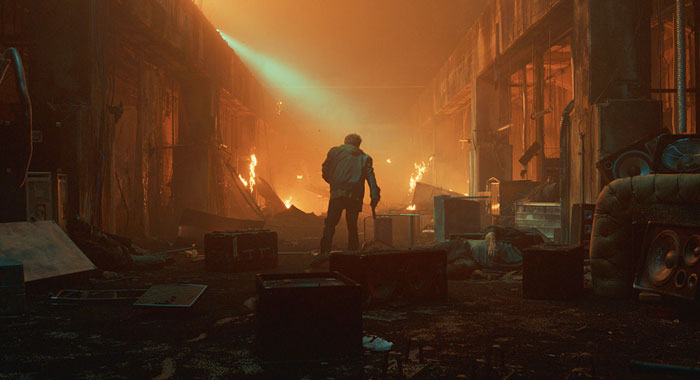 According to critics, Jason Lei Howden’s latest action-packed adventure is just the right balance of good old-fashioned American excess and pointed social commentary about our fascination with guns, violence, and masculinity. Starring Daniel Radcliffe as Miles, a bumbling ne’er-do-well, Guns Akimbo is what Robert Daniels at rogerebert.com calls an “exciting and sometimes trite” adventure into the world of tech, the internet, and our insatiable need for brutality on demand. When Miles is unwillingly recruited into a notorious and illegal underground death match called “Skizm,” he must figure out how to survive the day, save the girl, and become the hero. Nothing goes according to plan, of course, but the journey is what makes it fun.

Pursued by Skizm champion Nix (played with campy fun by Samara Weaving in another killer role following her breakout performance earlier this summer in the Certified Fresh Ready or Not) and trying hard not to “shoot his dick off” with the guns literally bolted into his hands, Miles embarks on a darkly funny race through the city. According to Birth.Movies.Death., the movie overflows with a “frenetic, intense energy” that supports Radcliffe’s “progressively-more-unhinged performance.” 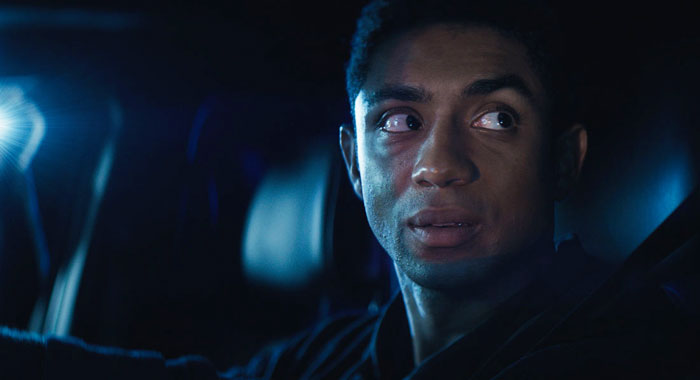 Ali LeRoi’s feature debut is a lyrical take on police brutality and the many vagaries of living as a black gay man in America. Working from a screenplay by USC film student Stanley Kalu, LeRoi blends terror and fiction in this time-loop drama: his protagonist wakes up dead every day, repeating old routines, meeting with his secret boyfriend, and coming out to his parents again and again before being murdered by police once more.

The film’s slow build makes these rash of deaths feel immediate and terrifying. Each path to the “end” is different from the last and tragic in its own way. As Tunde navigates his relationships anew each day, he is never quite conscious of the last, forced to make new decisions without any knowledge of his past and future. But as he’s constantly reminded that he has so much to live for, the arc of his fateful day begins to bend. Beandrea July for The Hollywood Reporter writes that The Obituary of Tunde Johnson is “an agonizing tale about the weight society hoists upon too many black gay men’s weary shoulders.” 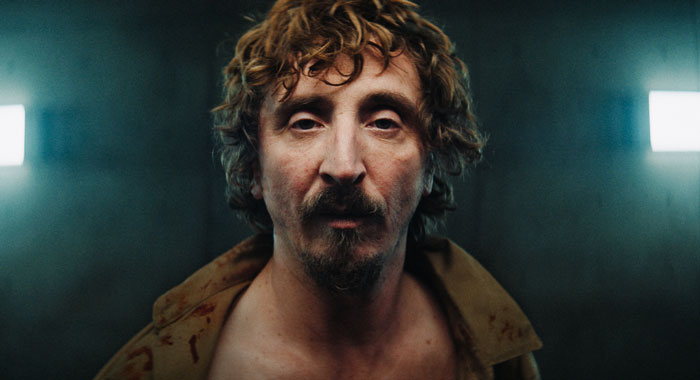 Critics are calling this debut from Spanish director Galder Gaztelu-Urrutia a thrilling morality tale about the radical power of working toward the common good. The film’s focus is the terrifying prison of Urrutia’s near-future dystopia: The Pit. Vertically stacked cells set around holes in the ceiling and floor connect each level’s two captives to each of the others. Every day, a decadent feast is sent down to the prisoners through the tower’s delivery system, stopping at each floor for a brief time. Those at the top are kept well-fed, while those at the bottom starve. One citizen volunteers to serve a six-month sentence in exchange for professional credentials upon his release, but the horrors he experiences as he makes his way through the Pit’s “vertical self-management system” force him to think about what we owe each other, how we can support each other, and who precisely wins when we choose neglect instead of cooperation.

Critics and audiences are saying that the Spanish thriller is disorienting, but incredibly arresting in its tight critique of our current political climate. Variety called it a “brutalist nightmare” for the way Urrutia’s vivid and inventive cruelties flesh out the psychological madness of living in such casually cruel conditions. The prisoners demonstrate how social mores can break down when people are pushed to the outer edges of their own humanity.

The Platform is coming to Netflix. Release date TBD. 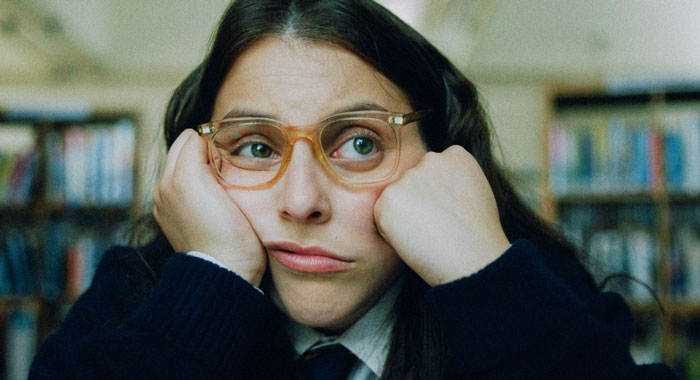 Starring Booksmart and Lady Bird’s Beanie Feldstein and based on the novel of the same name by screenwriter and journalist Caitlin Moran, How To Build A Girl is what Rendy Reviews calls “another cementing case of the gleaming star power of Feldstein’s talent.” The film follows protagonist Johanna Morrigan (Feldstein) through the highs and lows of rock and roll. Initially lonely and longing for adventure, Morrigan gets it when she auditions to be the rock critic for English magazine D&ME with a review of “Tomorrow” from the musical Annie. Writing under the alias Dolly Wilde, Morrigan constructs a version of herself she thinks other people prefer but loses herself in the process.

Critics say what follows is an earnest but devilish adventure into teen girlhood, and how finding yourself can mean breaking yourself down and starting from scratch. Variety writes, “How to Build a Girl dares to argue that reinventing yourself doesn’t make you a poseur.” 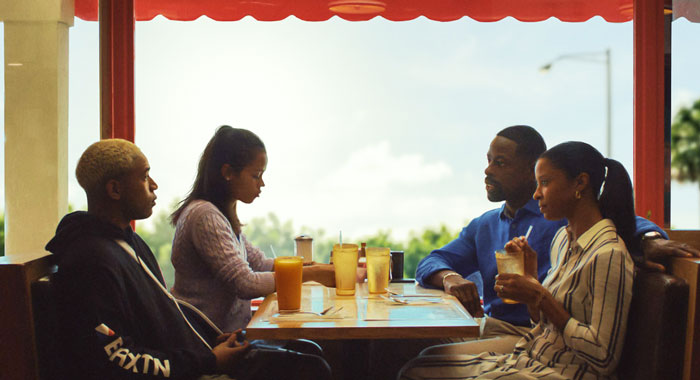 Still sizzling from the Certified Fresh Luce, Kelvin Harrison Jr. leads the highly acclaimed Waves alongside a cast of highly recognizable faces. Written and directed by Trey Edward Shults, Waves explores the struggles of a young African-American teen with his family and his ambitions, and his ultimate fall from grace. The film is “a kinetic essay on the beauty of the body in motion” according to the Los Angeles Times, and blends music and memory to create what Film Inquiry calls a “grandiose, quasi-Greek tragedy.” 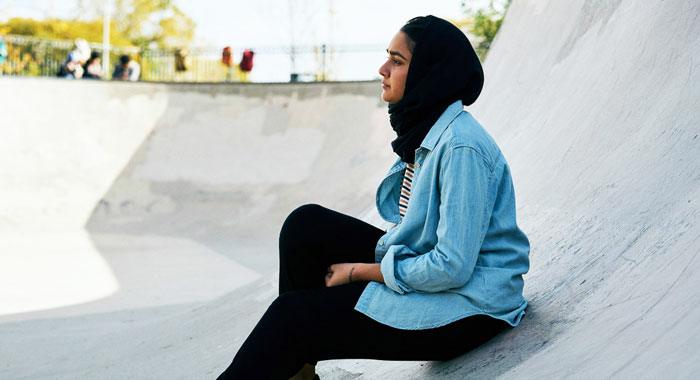 This quiet, contemporary coming-of-age film written and directed by Minhal Baig is a stunner in every way that matters. Starring Geraldine Viswanathan (the breakout star of 2018’s Blockers) in the titular role, Hala explores the intimacy of family life and the weight of cultural expectations. As Hala, a young Muslim woman of Pakistani descent, comes into herself and discovers the ways in which her parents were people before she came along, she begins to find the dividing line between who they are, who she is, and who they want her to be.

Faced with budding romantic and sexual feelings and her parents’ disapproval, Hala starts meeting a male classmate in secret, telling as many lies as are necessary to give her a solid alibi. But when she discovers a devastating secret about the state of her parents’ marriage, she’s forced to re-evaluate her position in the family and her willingness to pretend for the sake of appearances. As 812 Film Reviews puts it, the film “balances the familiar with the foreign to pull for a girl whose strength of freedom is at once powerful and quiet.” 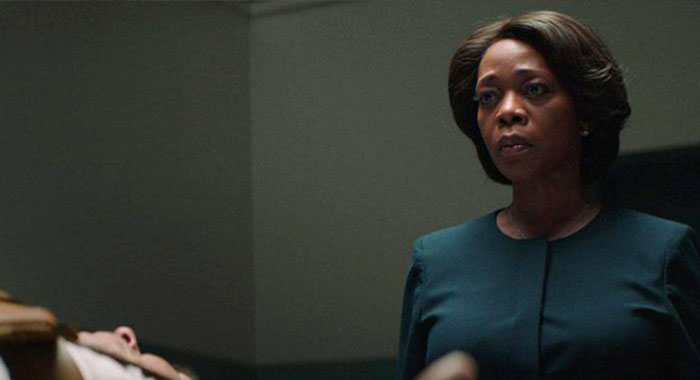 Chinonye Chukwu’s sophomore feature stars Alfre Woodard as Bernadine Williams in what Nick Allen of rogerebert.com calls a “towering performance [that] is sure to push her into awards contention.” Woodard takes on the role of a prison warden tasked with carrying out the execution of inmate Anthony Woods (Aldis Hodge). The film not only explores the emotional toll executions take on the prisoners facing certain death, but also digs into the long-term psychological effects of being mandated to take another human life.

As Woodard’s Bernadine struggles with taking pride in a job that means carrying out legal but often unjust sentences, her marriage crumbles. Populated with strong supporting performances from the likes of Wendell Pierce and Danielle Brooks, Clemency is a study in how the barbaric can become mundane, and what changes for the people forced to witness or inflict violence as a matter of course. 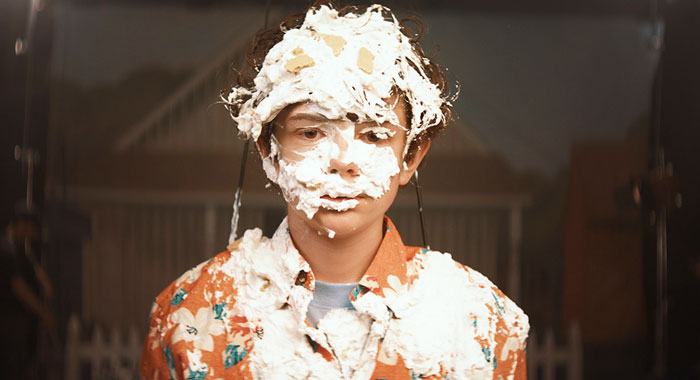 Shia LaBeouf makes his screenwriting debut and stars as an analogue of his father in a reimagining of his own life story. Honey Boy recounts the difficult childhood of Otis Lort (Lucas Hedges) as he reflects on life with his abusive father. Reckoning with the trauma of his past, LaBeouf finds a way to create “the cinematic exorcism needed to deal with a major actor’s PTSD,” according to Brian Tallerico at rogerebert.com. A.A. Dowd at the AV Club writes of LaBeouf: “It’s just fascinating to see the actor play with the power of his persona and our association with it.” A Quiet Place’s Noah Jupe plays young Otis, giving a performance that EW‘s Leah Greenblatt calls “remarkably tender and unsentimental.”

A documentary that provides what The Hollywood Reporter calls “a visceral understanding of the cutthroat nature of this private-ambulance business,” Midnight Family follows the exploits of a family of EMTs in Mexico City as they try to make a living by providing critical medical care. Filling in the gaps left by the government’s inadequate resources, the Ochoa family battles with other private ambulance providers to race to the scene of accidents and earn their keep – all while knowing that they have no recourse should a client be unable or simply refuse to pay.

As they come up against the glad-handing and corruption of the city (money changes hands in transactions that seem less than legal), it is the 17-year-old Juan Ochoa who maintains order in the household, taking care of his brother, minding the money frugally, and trying to keep his struggling family together. As Alissa Wilkinson at Vox puts it, Midnight Family is ultimately a “sweet, fascinating portrait of a group of people trying to make the best of a bad situation, and sometimes succeeding.”