Fantastic Beasts and Where to Find Them is Certified Fresh

Plus, The Edge of Seventeen is a sharp coming-of-age comedy, Bleed for This is solid if flawed, and Good Behavior is sexy and suspenseful.

This week at the movies, we have a Harry Potter prequel (Fantastic Beasts and Where to Find Them, starring Eddie Redmayne and Katherine Waterston), a young woman perched at a precipice (The Edge of Seventeen, starring Hailee Steinfeld and Woody Harrelson), a boxer battling the odds (Bleed for This, starring Miles Teller and Aaron Eckhart), and a private’s party (Billy Lynn’s Long Halftime Walk, starring Joe Alwyn and Kristen Stewart). What are the critics saying? 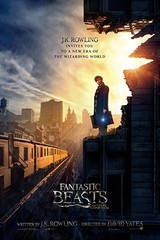 Hollywood loves a franchise — and these days, when a studio owns one that’s already pumped out billions of dollars at the box office, you can bet they’ll eventually get around to looking under the couch cushions for a few hundred million more. The Harry Potter movies did a pretty bang-up job of adapting a thoroughly involving story that had a clearly defined beginning, middle, and end, but that hasn’t stopped Warner Bros. from knocking on author J.K. Rowling’s door for another helping; fortunately for all concerned, she’s responded with Fantastic Beasts and Where to Find Them. This Eddie Redmayne-led effort takes viewers back to the 1920s and across the pond from Hogwarts to America, where the forces of magic inconveniently collide with the No-Maj world, and critics say that by and large, it’s pretty dazzling stuff. As the first installment in a planned five-film franchise all its own, Beasts almost can’t help but get a little tangled in all the world-building, but the end result still casts a reliably Potter-esque spell. 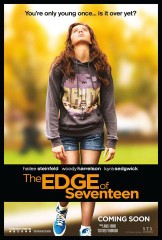 As tends to be the case with basically every movie star, it’s difficult to buy the lovely Hailee Steinfeld as an awkward social misfit. But if you can suspend that bit of disbelief, critics say The Edge of Seventeen is a thoroughly charming and refreshingly honest coming-of-age story — one that benefits immeasurably from its star’s absorbing, nuanced performance as a high school student struggling with sex, social standing, and her own personal issues. Sure, we’re all familiar with this genre’s formula by now. But formula is formula because it works — and The Edge of Seventeen‘s reviews point to an example of that principle in consistently entertaining action. 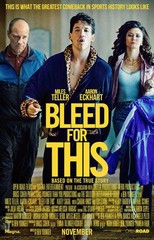 Talented athlete pursues dream; dream suffers all-but-certain derailment; athlete triumphs over incredible odds in the closing moments, sending everyone home feeling pumped up on a popcorn high. The outline of the inspirational sports movie is awfully easy to trace, but darn if the stories don’t work — and this weekend’s Bleed for This is the latest proof. Miles Teller, ferociously committed as ever, stars as real-life boxer Vinny Pazienza, a title fighter whose doctors order him out of the ring after a car accident leaves him with a broken neck; ignoring their advice, he enters rehab with a trainer (Aaron Eckhart) who’s willing to help him box again even if it kills him. You almost can’t make a sports movie at this point without tripping over a few clichés, and Bleed for This bumps into its share — but critics say it also lands its share of solid dramatic beats. 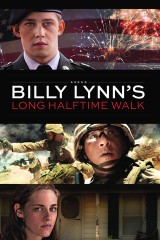 Can a film with a truly solid story at its core be fundamentally derailed by technical quirks? With his latest effort, Billy Lynn’s Long Halftime Walk, director Ang Lee offers a confounding answer. The story, about the titular private (Joe Alwyn) and his furlough back home for a special event after an act of bravery on the battlefield, is definitely worthy — and Lee has rounded up an interesting and able cast, with Kristen Stewart, Chris Tucker, Vin Diesel, and Steve Martin helping round out the ensemble. But its impact is blunted, if not periodically outright undone, by Lee’s decision to dress it up by filming in 120fps 3D 4K — an extra layer of visual pizzazz that, according to critics’ complaints, makes the movie feel so distractingly hyper-realistic that it sails right past the essential illusion of cinema. This may very well be the future of movies, but this weekend, you may want to forego this Halftime Walk and take a trip to a different theater instead.

Emotional manipulation aside, Good Behavior is a legitimately suspenseful and sexy drama.

Ron Howard‘s direction ensures that Mars is an attractive endeavor, even if the show struggles to move smoothly between its documentary and fictional elements.