The visionary behind Metal Gear Solid on the dream fulfillment of 2001: A Space Odyssey and how George Miller guided him through his darkest hour. 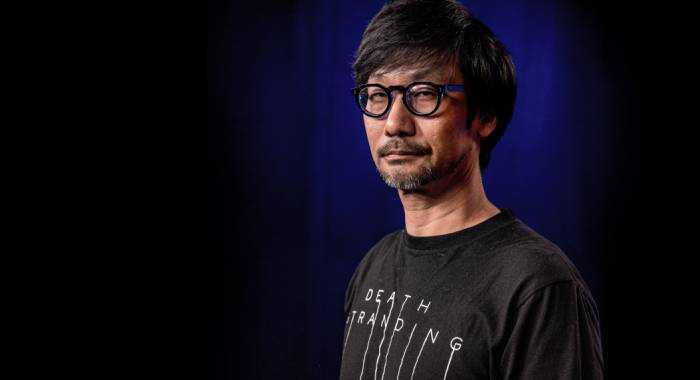 One of Hideo Kojima’s most resonant achievements in his 30-year career as a video game designer and director came early. Kojima saved a troubled project at Konami called Metal Gear by reducing the game’s combat and emphasizing avoiding detection, pioneering the stealth genre. When it was ported to the Nintendo Entertainment System, it sold over a million copies in America.

Kojima returned to the series in 1998 with Metal Gear Solid for the PlayStation, a groundbreaking hybrid of intense stealth action dressed with stylish cinematic flair that went on to move six million units. He designed and directed four more direct Metal Gear sequels, piecing together a complex and occasionally bizarre tale of nanotechnology, nuclear proliferation, military conspiracies, and, yes, love blooming on the battlefield that has found wide appeal beyond core gamers.

That explains the cast Kojima was able to put together for his latest game, Death Stranding. Through motion capture, Norman Reedus stars as as Sam Bridges, a cargo carrier tasked with connecting a post-apocalyptic America back online, outpost by outpost. Reedus is joined by Lea Seydoux, Mads Mikkelsen, Margaret Qualley, Lindsay Wagner, Guillermo del Toro, and Nicolas Winding Refn in an audacious boots-on-the-ground epic, which emphasizes collaboration with other players online over violent shootouts in rebuilding America, featuring Kojima’s signature maximalist storytelling.

He’s always worn his inspirations in the open, and the way they weave into his games is part of their crossover charm and fun. You can get a sense of what movies Kojima watches through playing his games: Blade Runner is all over cyberpunk graphic adventure Snatcher, there’s plenty of Escape From New York‘s DNA in Metal Gear Solid, and Death Stranding even has a major character named Die-Hardman. So when Kojima stopped by for a tour of Rotten Tomatoes HQ on the eve of The Game Awards — where Death Stranding won Best Game Direction, Best Score/Music, and Best Performance (Mads Mikkelsen) — we had to sneak in a Five Favorite Films. 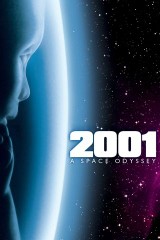 It’s like a monolith to me, that movie. Every time it’s re-shown in theaters, I always go. Star Wars was a big hit in 1977 which created a big sci-fi boom. So 2001 came to Japan, and I saw it in theaters when I was in middle school. Before experiencing that, I was just listening to radio dramas. I read the original novel, but the movie was totally different. I didn’t really understand it the first time. Now, I have a different interpretation every time I watch it. As a creator, I have periods of difficult times, but whenever I feel particularly in need of a pick-me-up, I watch 2001. It’s a perfect movie for me.

It was a real space experience. Exploration even before man went to the moon. I always wanted to be an astronaut when I was a kid, but Japan doesn’t have NASA. You had to go either to USSR or China. Although I felt like I had to give up on the dream of becoming an astronaut, when  I saw 2001: A Space Odyssey, I felt like I really went to outer space. It’s a life-changing movie because it made me feel like I accomplished a dream.

Did you see Christopher Nolan’s 70mm restoration of 2001 last year? Did your interpretation of it change?

Yes, I went to see it with my son.  I was more interested  about what my son would think. It seems it was quite shocking for him, like something he has never seen or experienced before. Something not really predictable. It’s really difficult to find something that’s created by man which is unpredictable. These days it’s all set. 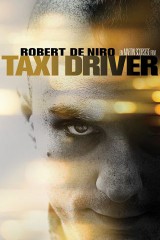 Taxi Driver. Martin Scorsese. Growing up, most of my friends were interested in becoming bankers or working in a company. I, however, wanted to become a movie director. This was something that I couldn’t be open about with my friends and oftentimes I felt lonely because I couldn’t share those aspirations. I lost my father when I was quite young. My mother was working and I was a latchkey child. Even if I talked to a lot of people, I always felt a little lonely. I thought maybe I’m sick, maybe I’m ill. There was no counseling, or there were no therapists. It was not a trend at that time. So I thought maybe I’m really strange.

After watching Taxi Driver and seeing Travis, I felt this immense similarity between the character and myself. He lives in New York, surrounded by so many people, but he still felt lonely. This surprised me, and I thought “Here is this guy, living in America, who is like me.” Seeing his character, I felt relaxed and realized there are others like me. I felt I was okay.

And I wanted to put that feeling in Death Stranding. Like, you’re all alone, trying to connect the world. Everything has been connected by the internet recently. In so many ways, everyone is battling each over the internet. If you play online, you get head shots, but, like, you don’t know who you actually shot, right? To connect is a very positive concept. But there are people who don’t want to feel connected anymore, and I think a lot of people play games that don’t offer human connection. I can’t tell anyone that I feel lonely or I’m in solitude, and I have this big problem which I couldn’t share with my friends. It’s a big load to carry, just like Sam Bridges. And you’re kind of traveling, you’re sent orders, you go to this place, you trip over, and drown in a river. 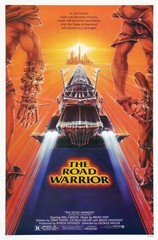 Mad Max. George Miller is my ultimate mentor. I went to see Fury Road 17 times in the cinemas.

I can’t really express in one word of how good Mad Max 2 is. There’s hardly any dialogue in that movie, right? But the character stands out so much, visually, how he moves. Usually, you express through dialogue, but with George, it’s totally different. Like how a character throws a boomerang: No dialogue, but all character. I’m also influenced by where Geroge places the camera. It never goes away, far from Mel Gibson. Even looking through the telescope, usually the camera jumps to that location, but here you’re always looking at Max. It’s kind of basic, but George Miller keeps it basic in a way no one else can.

It was tough when I had to leave my previous company. George came to Japan, and that was the first time we met. He cheered me up in my darkest time. After I became independent,  and opened my studio, I went to Australia in 2017.  I had two trailers at that time, but there was no gameplay revealed yet of Death Stranding. I explained what Death Stranding would be over an hour — the system, the story, the world. George told me, “What you’re doing is mathematically, philosophically, and physically correct.” He said: “Congratulations; it’s a guaranteed success.”

George is a very kind gentleman. He is really into computer graphics and technology, and he also knows game technology. It’s really rare that a director of his generation knows all of these. He’s even older than me, but he has a lot of energy. There are game producers who are much older than me. But, as for creators who actually write scenarios or game designs, I think I’m the oldest in the industry. Sometimes I feel lonely because of that. But then there’s George; he’s over 70, and he’s still wearing this leather jacket, still young. That cheers me up.

Stanley Kubrick, Hitchcock, Kurosawa: My father always showed me these directors’ movies, whether I liked it or not. I’m selecting Kurosawa’s High and Low because it’s a little different.

It’s based on a story by Ed McBain, and it’s about a kidnapping. During those times in Japan, if you kidnapped someone, you weren’t penalized too much. To have a harsher sentence, other charges, like drugs, were needed. But because of High and Low, the law in Japan changed. The movie had made a positive impact in society. That’s my kind of wish when I create a game. I think entertainment has that power to change society. You don’t have to be a politician or run for a cause to create change. High and Low was, in that sense, really impactful.

Entertainment isn’t really just entertainment. It leaves something in people’s hearts and that person might be moved to create something. It’s a push for that person the next day, and I think entertainment should be similar, including games. When you experience something, and then come back to the real world, I want people to feel a little influence in their world. 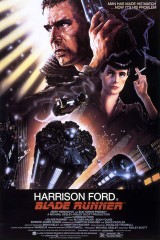 When it was first released, I was in university. I went to see it alone. In Japan, it only showed for two weeks. There were probably similar reactions in America after its release.

Nowadays, it’s regarded as a classic, but when it was first revealed, there was a lot of criticism. Maybe Death Stranding is the same [laughs]. When Blade Runner was shown for the first time in movie theaters, it was totally different from other movies. The rhythm of how it begins and all, that’s why it catches my eyes. It’s something that’s really indigestible in the beginning and stays in me. Then we moved on to the home video era, where you can watch videos over and over in your room. In the cinemas, you see it once and it’s over. Anything else that’s not digestible and that you can’t relate to, will be criticized. But for videos, it’s different. You can watch it over and over until you digest it yourself. Blade Runner might at one time be perceived only as a “cult movie,” but turned mainstream from the ability to watch it over and over and allow the viewers to digest the content. So Blade Runner was ahead of its time for the current generation at its release.

Ghost in the Shell was probably the same, because it was on video where people watched it over and over. It got really popular; everyone got it. I deliberately made the tempo of Death Stranding totally different than the current games out there. So it might not be for everyone. Blade Runner showed in the cinemas, but then it changed when it came to video. Same with games. We have a platform, we have a console, and then in the future, it will be all streaming. Everything, storytelling, and the rhythm of how you play games will totally change in the near future.

Alex Vo for Rotten Tomatoes: You also made headlines recently because Kojima Productions is moving into the movie space. What can you tell us about the process so far?

Hideo Kojima: I’ve already started kind of, yes, but I can’t really announce it yet. Games are primary for Kojima Productions. Of course, I have staff that need to work. We create games, and maybe in-between… We’re an indie company, so maybe something really punkish in a very small team sort of way, we do a smaller game, and we might do some short films too.

I get a lot of offers, but I’m not really free all the time. If I do 100% movies, the staff will have nothing to do for the other projects, right? So I am doing all these things, but eventually think games and movies will all be on streaming platforms. I could just shoot normal movies and maybe that could be one project I could do. But I think other than that, doing something on a streaming platform and doing something new that no one has done before is more interesting to me.