Daniel Radcliffe may never in his lifetime escape questions about his most-famous role: Harry Potter. Fortunately, the star doesn’t mind fielding fan queries, including those from Potterhead colleagues and the occasional journalist.

Radcliffe’s Miracle Workers costar Karan Soni, who plays Sanjay, was the biggest Potterhead on the cast, Radcliffe revealed, and he was happy to indulge Soni.

“I think there’s like an expectation that I will hate talking about it, which I really don’t particularly,” Radcliffe told Rotten Tomatoes.

Radcliffe now stars in surreal TBS comedy Miracle Workers, which presents Heaven, Inc. as a regular office grind where employees try to answer prayers every day. God (Steve Buscemi) is over it and decides one day that he’s going to blow up the Earth. 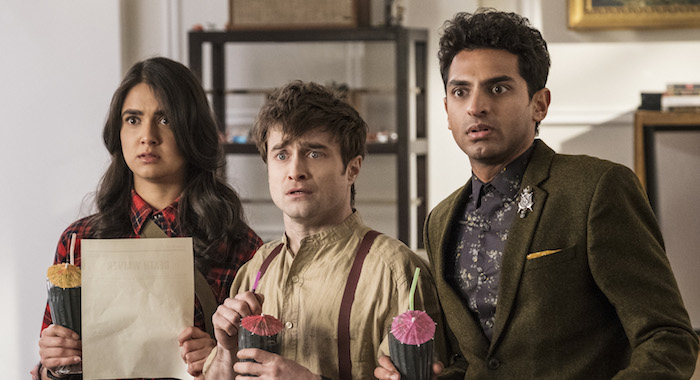 Angels Craig (Radcliffe) and Eliza (Geraldine Viswanathan) convince God to give them a chance to prove humans are worth preserving. If they can perform one miracle in two weeks, God will let the Earth live. The prayer they’ve chosen to answer: Help Sam (Jon Bass) and Laura (Sasha Compere) fall in love.

The angels can’t directly interfere with Sam and Laura. They can just set things up and hope they work. It’s like a game of Sims with real people.

“They’re a lot more caring with them than I was with my Sims,” Radcliffe said. “I killed my Sims accidentally. I put the fridge the wrong way around and didn’t realize.”

“I used to take the ladder out of the pool and just watch them suffer,” she said of her Sims abuse, which shocked her costar.

“That’s you killing them!” Radcliffe objected. “I accidentally made my guy die. That’s a murder.” 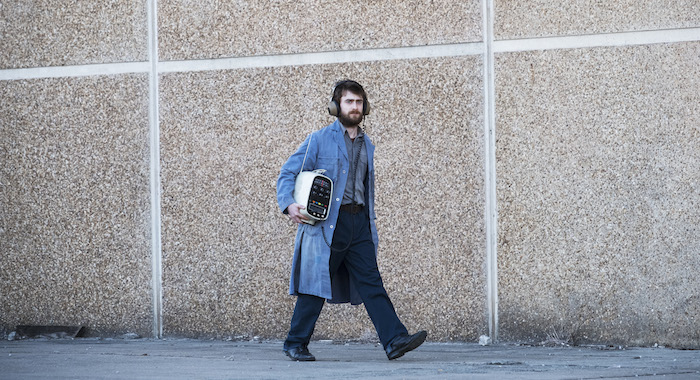 Heaven, Inc.’s interference on the show also has collateral damage. Obstacles they throw in Sam and Laura’s path may have deadlier impacts on completely innocent bystanders.

“It does, but it is all for the goal of saving the entire world,” Radcliffe said in defense of the angels. “We’re in a world where virtually anything can be justified in order to save the existence of the species as a whole.”

Miracle Workers is a dark comedy that way, but it’s ultimately optimistic.

“There’s a through-line of hope even when it’s really messed up and extremely dark,” Viswanathan said. “They’re just sticking together and believing in something and going for it. That’s very much the ethos of the show.” 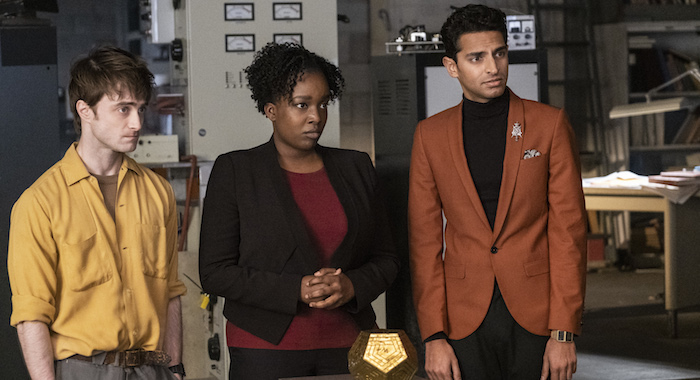 Miracle Workers showcases Radcliffe’s comedic side. He has had funny cameos in films like Trainwreck and shows like Bojack Horseman, and he even played a farting corpse in 2016 film Swiss Army Man opposite Paul Dano.

“I’ve always loved doing comedy,” Radcliffe said. “I think I’ve done a fair amount that certain people have seen. Swiss Army Man is a fairly niche film. The stage shows I’ve done have actually mostly been comedy in some way. I love it. It’s a very lovely thing, particularly on a set like this where you just have to go to set and try and be stupid every day and make people laugh.”

And Miracle Workers can be gloriously stupid. One joke is just about how to pronounce “gyro.” Most foodies know it sounds like “yee-ro,” not like a gyroscope.

“I thought it was ‘gyro’ as well, but my girlfriend — near where Erin grew up is a huge Middle Eastern community — and she was like, ‘No, it’s yee-ro,” Radcliffe said. 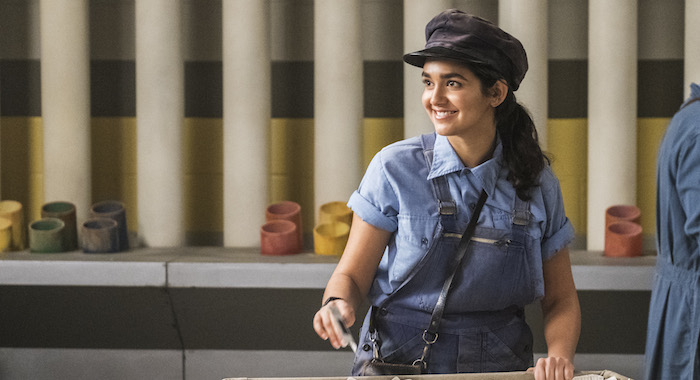 If Miracle Workers is a hit, there will be a second season, but it won’t be about the same angels. Creator Simon Rich’s plan is to make Miracle Workers an anthology series.

“The idea would be to reset it in a different time, place, characters — sort of to do for comedy what American Horror Story is for horror,” Radcliffe said. “Once you’ve saved the world, it’s hard to find where to go from there for the second series, I think.”

Whether or not that means season 1 ends with a miracle or we all die, it will be a definitive ending.

“The opportunity TBS gave him to do was to do a totally self-contained season so you didn’t have to, as a writer, write an open-ended ending which may or may not go onto something in season 2,” Radcliffe said of Rich’s deal. “Essentially they let us make a three-hour film with commercials.” 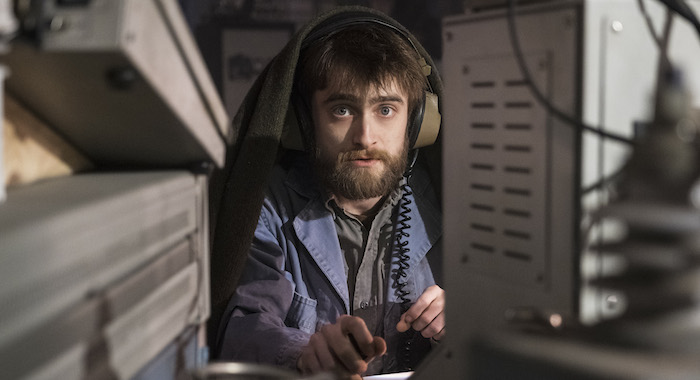 Returning to our Potter obsession (and Radcliffe’s patient accommodation), we related that when his Potter costar Rupert Grint spoke to us for Snatch season 2, he said it was weird for him to watch another actor play Ron Weasley in the play Harry Potter and the Cursed Child. Radcliffe hasn’t seen the play yet, but not because of another actor playing Harry.

“I think I would find it weirder just sitting in the audience and know that people were probably looking at what my reaction to the thing was,” Radcliffe said. “That’s kind of the reason I haven’t gone.”

It’s hard to believe that it has been eight years since Harry Potter and the Deathly Hallows Part 2. Radcliffe has had a whole career since then, but he’ll always be Harry Potter.

“It’s still a big part of my life, but I’ve gotten to go on and do loads of other things,” Radcliffe said. “I’m very happy with how it’s all gone. If you told me at the time that I was going to be sitting here eight years later talking about this amazing, weird series that I love, I’d be very, very happy with that sort of thing.”

Most actors don’t get one or the other. Radcliffe considers himself blessed to have both.

“I don’t think the idea of me always being known as Harry Potter and the idea of me just being an actor who does lots of stuff are mutually exclusive,” Radcliffe said. “I think they can both be true. So far they have been so fingers crossed.”

Miracle Workers premieres Tuesday, February 12 at 10:30 p.m. on TBS. The premiere is available for viewing now at TBS.com.