It’s been seven years since Rupert Grint played Ron Weasley, but it could be 70 and Harry Potter fans won’t forget him. So when Grint found himself filming the second season of his Crackle series Snatch in Costa del Sol, Spain, he met Harry Potter fans unlike any he’d met before.

“[They’re] touching, quite tactile,” Grint said. “Hugs are a big thing down there.”

The hands-on fans didn’t hold up filming at all, however. Most of the scenes in Snatch occur in remote beachfront settings. And when the crew ventured into the city proper, Grint was impressed by the Harry Potter devotion he’d see — plenty of fans he encountered had their HP love inked on their bodies.

“The most classic tattoo I see is the Deathly Hallows symbol,” Grint said. “It was nice. They’re quite passionate fans over there. It’s kind of big in Spain. It really sparked something in that culture, I guess.”

Grint shouldn’t have been too surprised, since the off-the-grid actor — he’s not on social media at all — still gets snail mail from fans, many of them located in Spain. But hugs, tattoos, and fan mail are the closest Grint gets to Harry Potter these days. The movie franchise has moved on to Fantastic Beasts, Grint has pretty much ruled out a return. By the time the timeline catches up with Harry Potter and the Sorcerer’s Stone, Grint would be old enough to play a Hogwarts teacher.

“I’ve kind of really closed that book, I think,” Grint said. “I mean, I never say never.  I saw the play a few years ago, and it was very strange seeing someone else embody a character that you know so well. I’m very emotionally connected to that character so it was a very strange experience.

“If they made a film about The Cursed Child, I don’t know how I’d feel if I saw someone else play Ron,” Grint continued. “That’d be quite weird. A weird experience.” 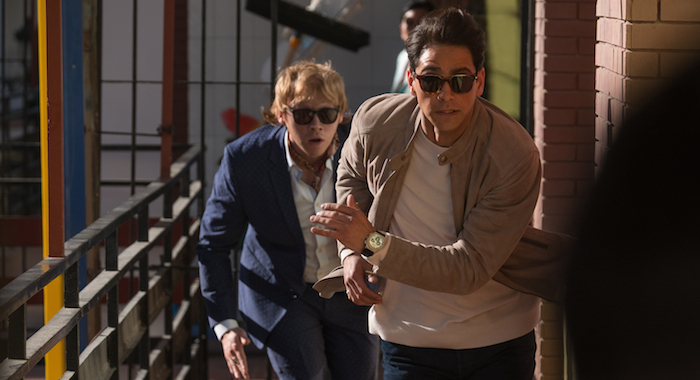 With 20 total hours of Snatch over two seasons, Grint has racked up about as much screen time as Charlie as he did as Ron Weasley. Although the Hogwarts crew reunited every year to make another film, they had the job security of seven books to assure them they were coming back. Season 2 of Snatch was more of a gift.

“This was a little bit more unexpected,” Grint said. “With Potter we always knew that was coming around the corner. It was a much more intense process. Plus I was in school as well, so it was a whole other kind of thing. It’s a very similar experience on Potter really, really getting to know one character you can grow over a long period of time. I really enjoy that.”

The second season of the Crackle series was delayed, and its location was changed several times before the details came together. Series creator Alex De Rakoff considered seasons in Colombia, Fiji, and the Dominican Republic, and each would have told a different story. But something about Spain just made the most sense.

“That is a perfect place to set Snatch, I think: the Costa del Sol,” Grint said. “A lot of British criminals, it’s their first port of call when they leave the country. They go to the Costa Del Sol and hide out. You can really feel that in the air. This place is probably, at that very moment, hiding a lot of bank robbers.”

Season 2 reveals that, after the gang sailed away from England with the money at the end of season 1, hijackers attack the boat on the way to Spain and make off with the score. The group washes up on the beach and subsequently attempts to go straight by running a beachside bar. Albert (Luke Pasqualino) especially wants to run a legitimate business, but it’s not long before the life of crime comes calling again.

“The first season is rarely referenced really,” Grint said. “I think it helps to know these characters but it’s a good point because we have nothing. We have to start again. Now Albert is in control, and he’s telling us all what to do, which is kind of great for Charlie.”

Charlie isn’t necessarily made for the criminal life, which made him a very difficult character for Grint to wrap his head around.

“He’s a very strange character,” Grint said. “You never really know where it’s going to go. He is kind of an illusion. Charlie’s just not a very natural fit for this kind of world. He’s just not made for this. He hates violence. He hates guns, which is kind of a problem with this vocation. It’s quite interesting watching him struggle.

“I think in this season he’s very much desperate to take charge,” Grint continued. “That’s why he and Albert butt heads a lot. They’ve got very different strategic plans.” 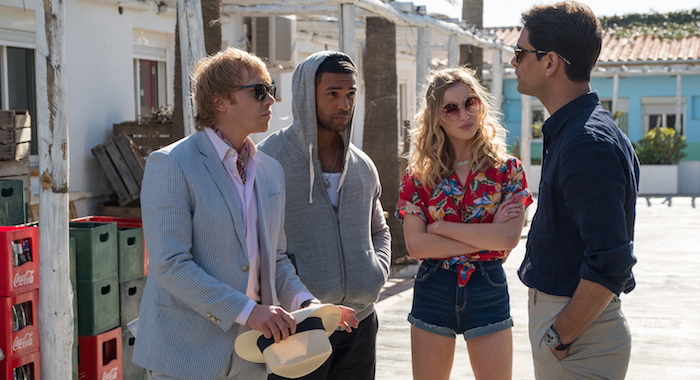 Adapting to the Spanish lifestyle was a major task for both the actors and the characters of Snatch — style included. Charlie still wears suave suits, but they’re much more colorful and bright.

“It’s something I’d never wear myself,” Grint admitted. “It wasn’t the most practical thing to wear in this really hot season, but it was fun. There was a light blue one that was quite cool. The cravats were a new thing as well. Quite an accessory. Whenever you can get as much costume as you can possibly get, it’s more layers, the more of a mask to escape into.”

Even less comfortable was the fake tan they painted on Grint to simulate having spent months luxuriating on the beach.

“They’ve bronzed me up, because he’s supposed to be there for six months, and I am the most palest, transparent person,” Grint said. “They used a lot of fake tan.”

Television has been a fruitful place for the former Hogwarts class. Tom Felton did Murder in the First, an arc on The Flash and the upcoming Origin. Even Daniel Radcliffe has the upcoming comedy Miracle Workers. While separate careers have kept them apart, Grint says the Harry Potter cast will always have a bond.

“We all experienced such a unique way of growing up, there’ll always be a bond there,” Grint said. “Whenever we do see each other, it’s very quick and very easy to reconnect, just like we never left. It was a mad, mad time in our lives, and I think it’s been nice to do new things and unwind from that. We’re still very proud to be a part of it. It’s great to see it live on in lots of different ways.” 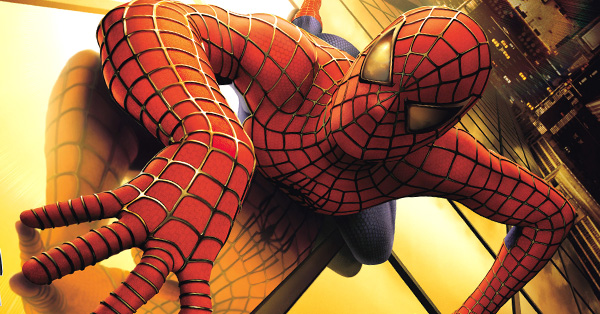