Daniel Craig Is Returning as James Bond - What Critics Are Saying 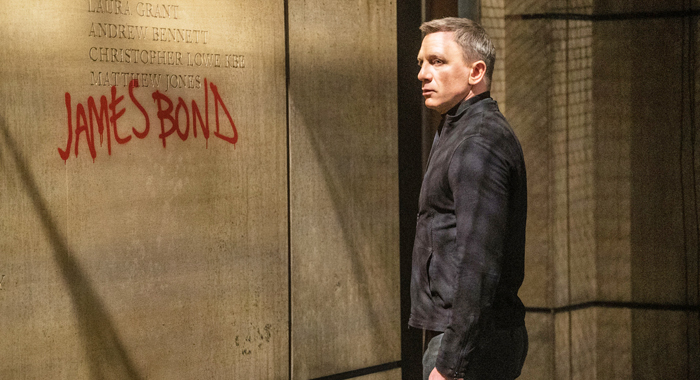 For the last four years, Daniel Craig has been, to use his own word, “coy” about whether he’d return for another James Bond movie. Back in 2015, he even told our very own Grae Drake, “I’m not gone yet.” Rumors have gone every which way but confirmed, even with recent announcements of a release date and potential directors for the next 007 adventure. Last night, the actor finally said “yes,” he is still on board as the most famous spy character of all time.

He made the confirmation on The Late Show with Stephen Colbert, admitting that he’s been discussing the possibility for the last couple months but wanted to save the news for the CBS talk show. “We’ve just been trying to figure things out,” he said. “I always wanted to. I needed a break.” He also explained his infamous quote about preferring bodily harm to doing another one.

At the end of the interview, Colbert asked if this will be Craig’s final installment as Bond. “I think this is it,” the actor answered. “I just want to go out on a high note.” Then he added, “I can’t wait.” Presumably he was referring to doing this next one, not leaving.

In response to the confirmation, many movie critics have chimed in about the news. Craig’s last outing as Bond, Spectre, received fairly positive reviews overall (64 percent on the Tomatometer) but they weren’t as glowing as his prior installment, Skyfall (93 percent) or his debut with the franchise, Casino Royale (95 percent). So there are mixed feelings:

I think we all want to see Craig go out on a high note as well. He’s left his mark on the character and has had two of the best Bond films ever made.
– Matt Goldberg, Collider

It was a near-inevitability that he would return for one last ride…he waited until right before his new movie opened to drop the news.
– Scott Mendelson, Forbes

Pro: Daniel Craig is a great Bond. Con: Spectre was not great, and also the end of it felt like a farewell for his 007.
– Matt Singer, ScreenCrush

Happy to see Daniel Craig returning for another Bond despite his four-film tenure being a study in steadily decreasing quality.
– Rob Hunter, Film School Rejects

Delighted that Daniel Craig is back as Bond, so that all the good actors floated for the role can continue to do just about anything else.
– Guy Lodge, Variety

The currently untiled 25th James Bond instalment will be released in the US on November 8, 2019. See below for Craig’s appearance on The Late Show, in which he also shares a Logan Lucky clip and discusses his cameo in Star Wars: The Force Awakens.