Cynthia Nixon has always been easy to find in films or television, with a career spanning decades since her childhood. She currently stars in James White as the main character’s mother Gail, who is suffering from a serious illness. The film takes place in New York, which is also where Nixon was born, and is also a big part of her Five Favorite Films. 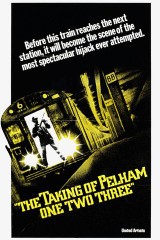 It’s just a nearly perfect film. It has everything. It has humor and suspense. It has danger and emotion. An incredible ensemble cast of the people you’ve heard of and know their name — like Walter Matthau and Jerry Stiller — to the amazing actors who played the characters on the subway train. I think it captures my New York — what I love about New York, what I think New York is — so beautifully. It’s this place of cranky individuals with big personalities who make our city run.  And you’d think it wouldn’t work, but actually, it does, and New York comes through. And all the ways the transit cops, and cops, and mayor, and the citizens, and the people in charge of making the trains go — all of these people amazingly work together. And you know, when the lights go off and the old man who keeps saying, “There’s going to be red lights and it’s going to stop the train,” he’s right. Actually the system works. It lumbers along but actually it works. 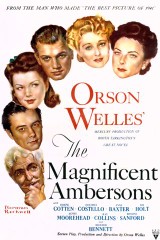 Well, it has a lot of what makes Citizen Kane amazing; you know, the incredible camera angles and perspectives, and the sense of history — American history — great performances. But to me, it’s a much juicier story.  So it’s from a Booth Tarkington novel — which I’ve never read — and it’s the story of a young man who’s played by Joseph Cotten — who you know is also in Citizen Kane — who will go on to become the man who invents the automobile. But at the time, he is the ruler of our heroine, and he does not win her hand because he’s not a big deal enough — not from her point of view, but from her family’s point of view. Because they are the magnificent Ambersons; they are the richest, most important family in town. And instead she marries someone that she doesn’t love and who’s not as impressive a person. So she takes all that love she doesn’t really have for her husband, and pours it onto her son, who becomes a spoiled nightmarish brat. And it is the downward trajectory of the Ambersons  — as Joseph Cotten’s character, in his ingenuity, makes all these important scientific advances, and he gains money. And the Ambersons spend their money terribly and they’re dissolute.

And all this tragedy ensues — finally, finally, finally at the end. When he’s a baby — when he’s a young boy — he’s so spoiled. And they’re all waiting for the day when George Amberson will get his comeuppance. And finally, everything horrible that could happen to a person happens to him. But by the time George Amberson got his comeuppance, the people who had so longed to see it were no longer around. And in the end, he finally, finally, finally comes to his senses and embraces his mother’s true love and accepts help. It’s just a beautifully told story of star-crossed lovers; but also how when everything is going for you — and you think you’re so great, because you come from people who’ve told you that you’re great — but actually, if you can’t fend for yourself you’re gonna float to the bottom pretty quickly. 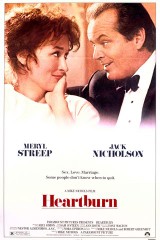 One time when I auditioned for Nora Ephron, I went on and on and on to her about how much I loved Heartburn. And I also love the book that it’s from.

RT: Was she psyched about that?

She was a little puzzled. She didn’t think at the time it was such a successful film. I don’t think she thought it was as funny as it should’ve been. And she said, “Why do you love that film so much? Was someone very, very bad to you?” And I guess it’s sort of true. I guess there was a period of heartbreak in my life that I identified with in Nora Ephron’s character. There’s just something so delicious — and, again, it’s a very New York movie. It’s like a really grown-up movie about love, and motherhood, and betrayal — and marriages that don’t work out, and food, and wanting to be the perfect wife and have the career too. It’s all that stuff, and also just watching Meryl Streep and Jack Nicholson together — what could be better than that? And also supporting [cast] — Stockard Channing, and Milos Forman, and Catherine O’hara — all these people who are in the movie are just incredible. 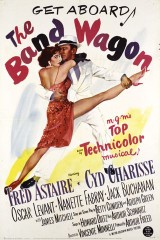 I love The Band Wagon. You just can’t go wrong. Singin’ in the Rain is great. The Sound of Music is great. But I think it is the number one MGM movie musical. It just has endlessly inventive numbers. And everyone in it is great and it’s so witty. Then again it’s very New York. A very New York story. Hollywood actor kind of fallen on hard times comes to New York to revive his career. 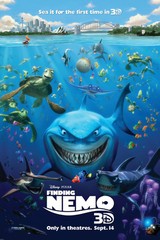 RT: Absolutely. There’s so much poetry in Albert Brooks as a fish.

Oh, and Ellen DeGeneres. Of all the fantastic things Ellen DeGeneres has done — she’s never been better than she’s been in that movie. It is an astonishing performance. Astonishing.  And all those people in the tank, and just the artistry with which they made the movie. And the script is so great — and those turtles — you know those Australian turtles? They’re the best.