This week’s wide releases raise a number of questions. Is “Zathura” a game worth playing? Is 50 Cent‘s movie debut, “Get Rich or Die Tryin’,” the cinematic equivalent of a trip to the candy shop? Is “Derailed” a speedy locomotive, or is it true to its name? What do the critics have to say?

“Zathura” is the third story by Rhode Island-based children’s book author Chris Van Allsburg to make the leap from the page to the big screen (the other two were “Jumanji” and last year’s “The Polar Express“). And critics say it’s the best of the bunch. “Zathura” tells the tale of a pair of squabbling brothers who must learn to work together after they are transported into space while playing the titular board game. According to the critics, the movie is solid family entertainment, with a real sense of adventure and wonder, emphasizing characters over the (not at all shabby) special effects. At 71 percent on the Tomatometer, “Zathura”‘s got game. And it beats “The Polar Bear Express,” which scored 56 percent on the Tomatometer, and “Jumanji,” at 48 percent.

Curtis “50 Cent” Jackson has a life story that seems ready-made for cinematic treatment: he was a drug dealer, he survived a shooting, and he eventually became one of America’s biggest musical stars. But the critics say the semi-autobiographical “Get Rich or Die Tryin’,” which features 50 in his acting debut, still feels like the stuff of many other rags-to-riches dramas. The scribes say even veteran director Jim Sheridan can’t make it fresh, despite an excellent supporting cast that includes the always-dependable Terrence Howard. At 16 percent on the Tomatometer, “Get Rich or Die Tryin'” can’t make a dollar out of 50 Cent. And it’s the worst-reviewed film of Sheridan’s career (beating out “The Field,” at 46 percent).

As the old saying goes, what a tangled web we weave, when we make a thriller about adultery and betrayal with lots of plot twists. “Derailed” tells the story of an extramarital affair gone terribly awry, after a very bad guy threatens the two trapped philanderers. The critics say the title is all too apt; the plot twists become more tangled as the film goes along, and Clive Owen and Jennifer Aniston, in spite of their considerable skills, are miscast as, respectively, a schlubby family man and a fundamentally decent femme fatale. At 19 percent on the Tomatometer, the critics say “Derailed” has jumped the tracks. 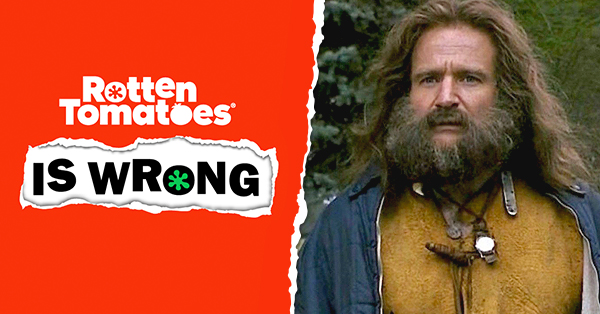