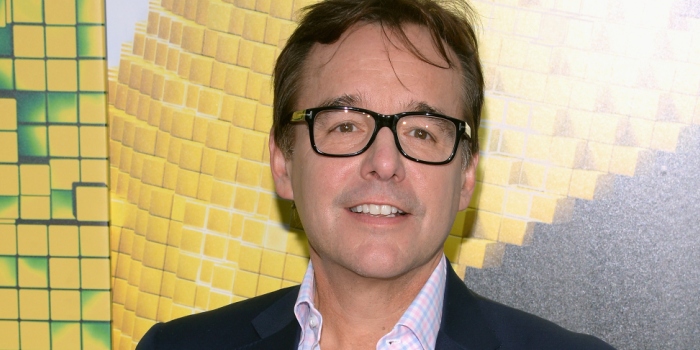 Chris Columbus‘ 1980s output helped shape a generation of young film fans with hits like Gremlins, The Goonies, and Adventures in Babysitting — and he’s further solidified his legacy in the decades since, directing more massive hits (including Home Alone, Mrs. Doubtfire, and films in the Harry Potter franchise) while building an impressive production portfolio with releases like The Help, Night at the Museum, The Witch, and this weekend’s The Young Messiah.

Columbus took time out of his busy schedule to talk with Rotten Tomatoes about the movies that have defined his personal love affair with cinema and informed his own ever-expanding filmography. Check it out here — and leave a little room for The Godfather, which he purposely didn’t mention because it’s such a widespread favorite. 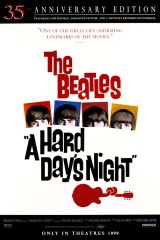 These are all films vying for my favorite film. The thing I love about all the films I chose for the list is that they still feel extraordinarily fresh, as if they were made yesterday. There’s a timeless quality to them and a vibrancy and an energy to all of them, but particularly A Hard Day’s Night really struck me, being a huge fan of rock and roll. It’s a film that really defies any sort of — it’s difficult to put it into a specific genre — it’s a rock and roll film, right? It’s also sort of like a documentary of the early years of Beatlemania, and it’s also comedically like a Marx Brothers film. I just love the combination of all of those things, which give it an intense vibrancy and charm. Also these are five films that I watch at least once a year. I always come back to them and the Criterion collection just restored [Hard Day’s Night]. It was a marvel to see it restored and how beautiful a movie it is. 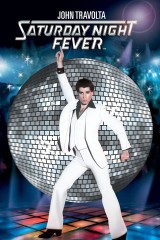 Moving to New York from Ohio in 1976, it was an opportunity for me to just basically gorge myself on films that I had never had an opportunity to see before. There were so many theaters, so many repertory theaters showing films. You could see three films for a dollar, you could see prints of these movies, and I was watching a lot of films. In 1977, Saturday Night Fever came out, and it was the first time I remember seeing a film twice. Sitting there and watching it once and sitting there and watching it again. Another musical choice, but different than A Hard Day’s Night because it felt like it really captured what was going on — at least what I felt was going on in New York at that particular time. Travolta’s performance in that film is one of the top ten performances I think I’ve seen in film in my entire life: very real portrayal of a character, the relationships all feel very authentic and real, and it’s got an energy and an emotional intensity that really stuck with me. Sticks with me all these years later. I always wanted to see someone do a sequel to it — not the sequel that exists, not Staying Alive, but the sequel that felt like — it would be interesting if someone would go back to do a Creed sort of version of where those characters are now. 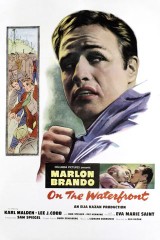 I actually own a print of this. It’s one of those movies that was pivotal [for] me. I remember it screened in 16mm at my high school. The emotional power of that movie — it’s the first time I ever felt such intense emotion watching a film. I wasn’t that well-versed in film in high school, but I knew I was being hit by something incredibly powerful. What really struck me was Marlon Brando’s performance. And I know that’s easy to say, but that’s why I never get tired of watching the film, and why I really wanted to own a print because there’s a level of acting there that went beyond anything I had seen before. And it still ranks as maybe the best performance I’ve ever seen on film. I find it fascinating every time I watch it. Plus he’s surrounded by a brilliant cast and also the location — the way the film was shot on location — at that time, it had never been done before. All of that adds to the fact that I have a pretty lousy print of the movie but that’s what’s fun about it — it even feels more real. And then Criterion — to be completely geeked out — released it again last year, and I didn’t know it was shot in three different formats. Television was becoming popular at the time so they didn’t know if they would go widescreen with it, 1:85, or the typical way I think it was released, which I think is 1:66, but it’s fascinating to look at those versions as well. This is one of the greats. 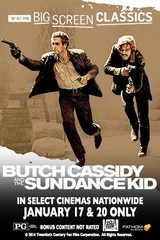 Godfather and Blazing Saddles got me into falling in love with film, but this is a pivotal movie that was probably — I think it was 1969 — prior to that I had been to the movies a few times and seen some hideous movies like Santa Claus Conquers the Martians and that sort of thing, and The Jungle Book. I went with my cousin to see Butch Cassidy. It was an amazing mixture of what I thought was sort of a poignant character study and a comedy. What’s amazing about the movie — and the reason I watch it time and time again — I had never seen such chemistry between two actors. Newman and Redford were just incredible together, and those sequences in the movie were some of the funniest sequences I’ve ever seen. So they taught me how to stage comedy a little bit, yet at the same time, it had serious undertones. It was beautifully directed and shot, and you watch it today, and it feels like it was made last week. 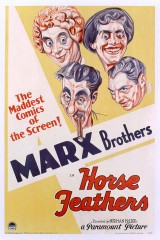 I watch this with my family a lot. All of the Marx Brothers movies have been very popular in the Columbus household for the last 20 years or so. I was a bit of a dictator making my kids watch these movies. They grew up with them because kids are really reluctant to watch black-and-white films. Our family loved the Marx Brothers films, and for some reason the one that we always went back to, and the one that we were obsessed with, was Horse Feathers. It’s 1932, so that’s going back a long way. Yet at the same time I would show that movie to my kids who were seven and five and three, and they were mesmerized. I learned a lot about comedy and breaking the rules in that movie — in terms of comedy — which extended to seeing movies like Blazing Saddles and Young Frankenstein and Annie Hall to a certain extent. The Marx Brothers started it all, and it’s smart comedy. The funny thing about the movie is, there are scenes that, still for me and my family, are falling down funny. So they can watch that movie and take away from it — maybe laugh a little harder than they do at some of the more modern comedies. That movie — and there’s like five or six Marx Brothers movies — is just a wonderful sort of family experience and that’s why it’s on the list.

The Young Messiah is now open in wide release.