The writer-producer has a lot on his plate — what did you accomplish today?

The new year is proving a busy one already for writer and producer Carlton Cuse (Lost, San Andreas).

Cuse will see alien-invasion series Colony return for its second season this week, final seasons of horror series The Strain and Bates Motel, and adaptation of thriller Jack Ryan. He’s also written the screenplay to Rampage, based on the ’80s arcade game in which a giant ape, lizard, and wolf destroy cities.

Cuse recently spoke with Rotten Tomatoes about the second season of Colony, which he produces with creator Ryan Condal, and some of those other projects crowding his to-do list.

In season 2, Colony looks back before moving forward. A flashback introduces Devon (Carolyn Michelle Smith), Will (Josh Holloway)’s former partner in a partnership rocky even before the alien occupation by the Raps separated them. Broussard (Tory Kittles) returns home from a military operation, but is curiously absent from the present day action so far. Plus, Katie (Sarah Wayne Callies) is waiting for Will to return from Santa Monica with their son Charlie, while trying to protect their other children Bram (Alex Neustaedter) and Gracie (Isabella Crovetti-Cramp).

Fred Topel for Rotten Tomatoes: When you introduce Devon in the flashback, were you creating someone who could be an uneasy ally for Will when they meet again?

Carlton Cuse: Yeah, I thought it was interesting that there was this backstory that was kind of shady between them. So here he was now in a position where he had to really rely on her and trust her. The question really was: can he? Could he? Will is in a very tough spot here where he has this critical mission to find his kid and the person that he’s relying on is someone he knows from the past he couldn’t trust.

RT: Flashbacks were a very integral part of Lost. Does it serve a very different function on Colony?

Cuse: I think Lost was fundamentally a mystery and the flashbacks helped unpeel the mystery of who each of these characters were in their lives before they ended up on the island. We don’t see Colony as a mystery show. It’s a story about a family trying to survive in a world that’s been upended. We parcel out a fair amount of information this season. We also like this idea of what information can you trust? There’s a lot of speculation about what’s going on, but we don’t necessarily possess a fully reliable narrator.

RT: He couldn’t have gotten far away from L.A., right?

RT: Are you increasing the alien technology of the Raps?

Cuse: We definitely are embracing the science fiction aspect of the show much more in season 2. There’s more surveillance, there’s more about the drones. There’s efforts to use this gauntlet that was stolen at the end of season 1 and try to figure out what they can do with that and what its power is.

RT: Might we see any living Raps since we saw a dead one?

Cuse: You might. In the second season, we feel a little bit more comfortable exploring the interaction between humans and the aliens, but it’s still not a lot. What really interests us is the propensity of humans to subjugate each other. What are the relationships that people have with each other when they’re trying to survive in a world where the traditional set of rules is no longer in place? That, narratively, is more fascinating to us than humans literally battling aliens in a direct fashion.

RT: Is the resistance becoming even more violent?

Cuse: Yeah, for sure. The extremism is getting ramped up on both sides. We wanted to start with the world being a little more mellow, where there was almost a sense of “we can accommodate this event.” In season 2, we start to realize the denial of the serious magnitude of what’s happened is a very dangerous thing. The characters begin to acknowledge and accept that they’re in a very dire predicament. Then they’ve got to figure out “What, if anything, can we do about it?”

RT: Are things getting worse for Bram?

Cuse: Things are pretty bad for Bram, yeah. He’s in this labor camp. It’s maybe not as bad as the factory, because the factory, as far as we know, is a one way ticket. He falls in with a woman there who’s a resistance fighter and has a group of people with her. It was kind of our first step in the education of Bram in the ways of the resistance.

RT: The Strain’s fourth season is going to be its last. Did you ever think it could be five before you decided to wrap up?

Cuse: Well, originally when we sold it, it was only three seasons, so I feel like we ended up with one season more that we had originally thought. When Guillermo [del Toro] and I took it out, we imagined one season for each book. As we got into the storytelling, we felt the second book could be two seasons. Really this final season is the third and final book, but it’s really not the book. There are certainly some elements of the book to the final season, most notably, this idea of nuclear winter, but the way the characters interact, the way their stories play out, the events, those are all things we invented for the TV show.

RT: With Jack Ryan, has technology advanced a lot since Tom Clancy was writing?

Cuse: I think what Clancy did that was great was he wrote these geopolitical technothrillers that were very much of the moment. He was able to tap into what was going on in our world and then peer behind the curtains. You’d come to understand a lot of the tradecraft behind the intelligence community, the military community and behind geopolitical events.

That’s very much what we tried to do. Graham Roland and I created an original story for this series. It’s an ISIS-like story, and I think it connects very much to the events of the world. We’ve had two terrorist attacks in the last few days [in December], the unfortunate shooting of the Russian ambassador and the horrible tragedy that took place in Berlin Christmas market. We live in a world where this stuff is happening with a sickening regularity.

Our show is an attempt to pull back the curtain a little bit on what kind of work goes into preventing these kinds of things. There’s stuff that happens, but there’s a lot of stuff that doesn’t happen because of the great work done by intelligence services in the military. We focus a lot on criticizing these organizations [in the media], but they do a lot of really important things to help keep us safe.

Cuse: I was thinking basically that we needed to make sure that our version of Marion Crane was wildly different than the one played by Janet Leigh in the movie. We’re not slavishly imitating the movie Psycho. What Kerry Ehrin and I wanted to do was cross through some of the mythological events of the original movie Psycho, but we wanted to really tell our own story through these characters. Our version of Marion Crane is a young African-American woman who has a different constitution and spirit than the character that Janet Leigh played. We will recognize certain elements of the story, but there’s lots of ways in which it differs from what happens in the movie.

RT: Your original characters like Dylan and Emma are in completely uncharted territory. What can we expect for them in the final season?

Cuse: They’re trying to find happiness in a very dysfunctional world. They’re striving to make a life and achieve some measure of escape velocity from the events of White Pine Bay. The question is, can you run from your past? Or, do you have to confront it in order to move on in life.

RT: Is your take on Rampage a very serious disaster movie with monsters?

Cuse: No, it’s an action movie, but with a lot of comedy. It’s a lot of fun, and I think the goal with Rampage is to make a really entertaining popcorn movie. I think it’s just going to be a really enjoyable couple of hours in the movie theater with some very eye-popping visual effects.

RT: So a funny disaster movie with monsters.

Cuse: Yes, exactly. It didn’t feel like trying to go all Dark Knight was the way to go at all.

Plus: Read our interview with Colony star Sarah Wayne Callies

Correction: This article previously stated that Cuse was involved with vampire series Let the Right One In, which is not the case. 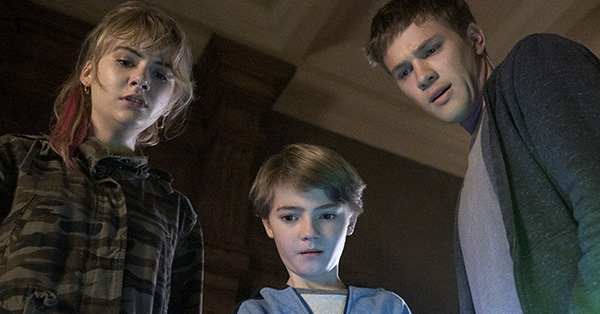 What to Know About Locke & Key Before You Watch 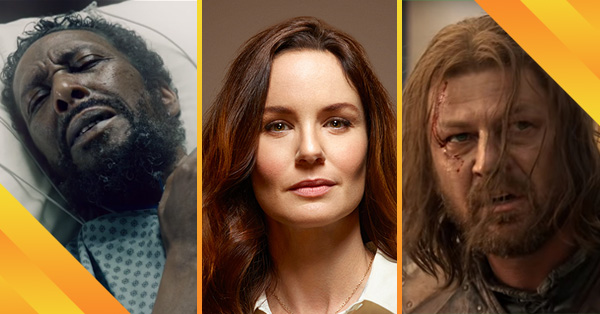 21 TV Deaths That Destroyed Us