Box Office: The Doctor Is Still In 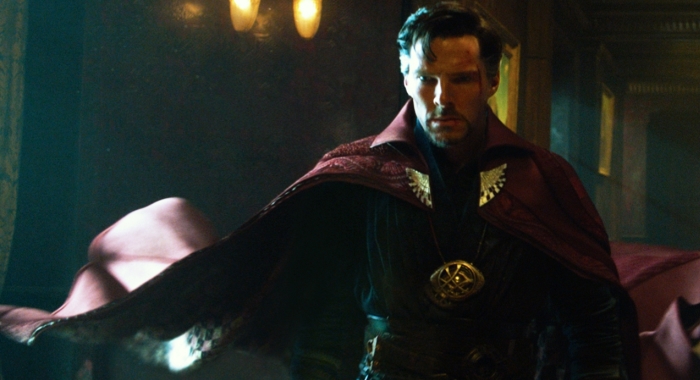 This weekend, with Oscar season heating up, a couple of new arrivals did well, while a doctor and some trolls hung out in the top spots together again this weekend.

Staying at number one for a second weekend was the Marvel smash Doctor Strange which dipped a reasonable 49% from last weekend to an estimated $43M, bringing its domestic total up to $153M. Internationally the film brought in an additional $60M bringing its worldwide total to an astounding $492M. It stands a good chance of hitting the $240M mark domestically, which would vault it past every other solo introduction of a Marvel character except Iron Man. It really does seem as if Marvel can do no wrong.

Falling a slim 25% and ending up in second for a second straight weekend was the animated Trolls which took in an estimated $35M, bringing its cume to $94M. It could end its run with around $175M, depending on how much of an impact Disney’s Moana has in 10 days, and if it does Trolls would improbably be a top five animated film this year.

In third place was the debut of Arrival from acclaimed director Denis Villeneuve. Opening in 2,317 theaters, the sci-fi film brought in $24M, according to estimates, for a per screen average of $10,358. Interestingly enough, while the film has a 93% positive score on Rotten Tomatoes, its CinemaScore of a B means that critics loved it while your average moviegoer isn’t connecting with it. Unfortunately this likely means the film will drop hard over the next few weeks.

Almost Christmas opened this weekend in fourth place with an estimated $15.5M from 2,376 theaters for a per screen average of $6,551. In a reversal from Arrival, critics haven’t enjoyed it (only 44% on Rotten Tomatoes) but audiences have been digging it, giving it an A- on CinemaScore. While its opening is nearly $10 less than Arrival, it’ll be fun to see if in the long run Almost Christmas ends up making more money.

Horror entry Shut In debuted to an estimated $3.7M from 2,058 theaters for a per screen average of only $1,798. Shut In was shut out by critics as it currently has 0% on Rotten Tomatoes and audiences hated it too as it has a C CinemaScore. I expect this to be in whatever the digital equivalent of a bargain bin is these days, within the next few weeks.

Two-time box office champ Boo! A Madea Halloween fell 54% in its fourth weekend to an estimated $3.55M, bringing its total up to $70.4M. It is now the second highest Madea film behind only 2009’s Madea Goes to Jail which ended with $90M.

A couple of huge Hollywood Tom sequels rounded out the top 10. In ninth place was Tom Cruise with Jack Reacher: Never Go Back which took in an estimated $3.3M this weekend bringing its total up to $54.6M, which puts it about 25% behind the original Jack Reacher at the same point in its run. And in 10th place was Tom Hanks with Inferno which took in an estimated $3.2M bringing its total up to a disappointing $31.5M. This may be the last we see of Robert Langdon in theaters for a long time.

Outside of the top 10, Ang Lee’s highly anticipated Billy Lynn’s Long Halftime Walk opened on 2 screens with an estimated $120,000. While normally those would be positive numbers, a current 49% on Rotten Tomatoes is a bit ominous.