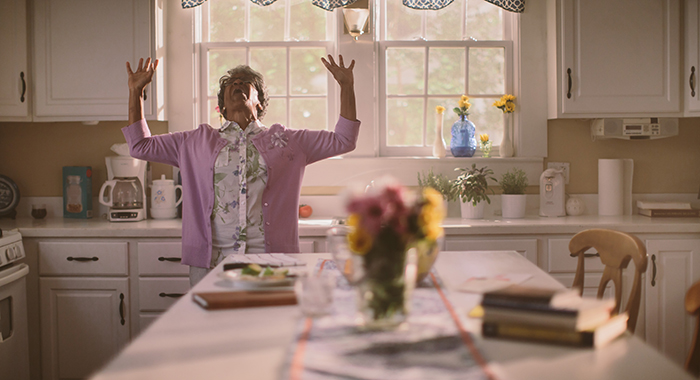 Audiences yawned at Hollywood’s offerings and avoided North American multiplexes driving the box office to the worst Labor Day weekend performance in 15 years. The Top 20 films sold just $79 million worth of tickets over the Friday-to-Sunday portion of the long holiday frame. Though typically a slow summer-ending weekend, the Labor Day frame is usually good for $90 to 110 million for the Top 20 over three days. No film managed to break double digit millions this weekend.

Holdovers led as the low-budget faith-based hit War Room rose from second to first place thanks in part to a 34 percent boost in screens. The Sony title grossed an estimated $9.4 million, off 18 percent, and raised its total to $24.7 million. It only cost $3.5 million to produce but may reach about $50 million by the end of its run.

After three weeks at number one, Straight Outta Compton slipped down to the runner-up spot for the three-day session, but still has a shot at being number one for the full four-day holiday span. Regardless of bragging rights to the top spot, the Universal sensation is still playing well with an estimated $8.9 million for the weekend, off 33 percent. The cume rose to $147.8 million and is expected to crack $150 million on Labor Day — something nobody expected at the start of the summer movie season.

The Robert Redford–Nick Nolte outdoors film A Walk in the Woods debuted to solid results in third place exceeding expectations. The Broad Green release bowed to an estimated $8.1 million over three days for a $4,133 average and has grossed $10.2 million since its Wednesday launch. Rated R, Woods earned mixed reviews and a B CinemaScore grade.

One of the year’s most popular action films Mission: Impossible – Rogue Nation followed in fourth with an estimated $7.2 million dipping only 12 percent for a robust $180.4 million to date. The Paramount hit joined Jurassic World as the only movies this summer to spend six weekends in the top five. The global cume crossed the half-billion mark with $511 million and China opens this Tuesday, which is sure to send the total well past $600 million this month.

Actions fans did not feel the need to come out for The Transporter Refueled, which opened very wide with 3,434 locations but debuted to just $7.1 million, according to estimates, for a poor $2,076 average. The EuropaCorp release saw bad reviews and the lack of Jason Statham — who anchored the first three films in the franchise — certainly diluted interest. Studios have long relied on young males to power them at the box office, especially in the summertime. But among the two new wide releases, the older-skewing Woods opened better despite having almost half the screens. Demos for Transporter were 60 percent male and 60 percent between ages 18 and 34 and international markets are where this one will see the bulk of its revenue potential.

The Weinstein Co. saw its Owen Wilson film No Escape drop 33 percent to an estimated $5.4 million, pushing the modest sum to $18.4 million. The Man From U.N.C.L.E. grossed an estimated $3.4 million, off 22 percent, and has banked $39.4 million for Warner Bros.

Lionsgate scored big with Latino family audiences as its new animated rooster comedy Un gallo con muchos huevos debuted to strong numbers grossing an estimated $3.4 million from only 395 locations for a terrific $8,608 average. The PG-13 toon was slotted into this school holiday frame and connected with its target audience. The distributor expects $4.4 million over the four-day session.

Falling 28 percent was the horror sequel Sinister 2 with an estimated $3.4 million and $23.7 million overall for Focus. Disney and Pixar rounded out the top ten with the expanding Inside Out which jumped back onto the list with an estimated $3.1 million, pushing the cume to $348.2 million domestic and $734.4 million worldwide with China, Germany, and Italy yet to open.

The top ten films grossed an estimated $59.4 million over the Friday-to-Sunday portion of the long holiday weekend which was down 29 percent from last year’s Labor Day when Guardians of the Galaxy held number one with $17.1 million; and down 30 percent from 2013’s holiday when The Butler stayed in the top spot with $14.9 million.