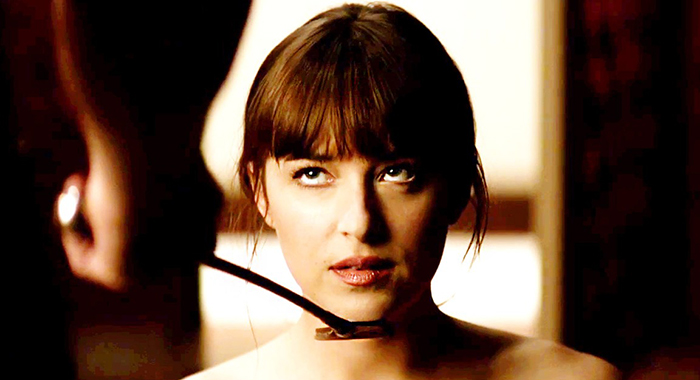 Studio data showed that females were by far the dominant group as with the last two installments. This time they were 75% of the crowd. 55% were under 30 and 53% were white. Reviews were quite negative but the CinemaScore grade was a respectable B+. The love holiday has always seen sales shoot up for the Fifty Shades film and this year it should be no different. Overseas markets generated a giant $98.1M debut this weekend making for a global launch of $136.9M. By Valentine’s Day, the combined worldwide gross for the trilogy will smash the $1.1 billion mark.

Sony scored a hit with the new kidpic Peter Rabbit which beat industry expectations to open to an estimated $25M in the silver medal position. The PG-rated comedy averaged a solid $6,711 from 3,725 locations and earned a good A- grade from CinemaScore. Reviews were mixed, but not too important to the commercial viability for a family film like this. With no other films aimed directly at younger children for a month, and many schools having breaks around Presidents Day, Peter Rabbit has a lucrative road ahead into the spring season.

Clint Eastwood’s latest directorial project The 15:17 to Paris debuted in third place with an estimated $12.6M averaging a moderate $4,142 from 3,042 locations. The PG-13 film cast the real-life heroes of a terror attack playing themselves and played to an older crowd. Studio data from Warner Bros. showed that the crowd was 86% over 25 while the gender split was even with females at 51%. Reviews were not very good and audiences were not too impressed either as the CinemaScore grade was only a B-.

Following the new releases were the two most durable hits of this winter season. Sony’s adventure-comedy sensation Jumanji: Welcome to the Jungle slipped a mere 10% in its eighth weekend to an estimated $9.8M pushing the cume to $365.7M which now ranks number 38 on the list of all-time domestic blockbusters passing The Jungle Book. Jumanji has now collected $516.1M from international markets boosting the global gross to an incredible $881.8M with Japan yet to open. The $900M barrier should be broken next weekend.

The Christmas season’s other leggy hit The Greatest Showman took fifth place with an estimated $6.4M, sliding only 17% in its eighth frame. Fox has banked an impressive $146.5M and is within striking distance of the $148.8M of Les Miserables, Hugh Jackman’s other big musical blockbuster. Global is now $314.2M.

Moviegoers have been spreading fantastic word of mouth for both Jumanji and The Greatest Showman over the last two months. Now, both films have spent eight consecutive weekends in the Top Five. No other movies from 2017 were able to do that.

The trilogy ender Maze Runner: The Death Cure dropped 43% in its third round to an estimated $6M for a new total of $49M. Worldwide stands at $229.2M. Horror entry Winchester fell 46% in its second weekend, a commendable decline for the genre, for an estimated $5.1M frame. With $17.2M to date, CBS Films and Lionsgate look to reach about $28M.

Taking in an estimated $3.5M was the Streep-Hanks project The Post sliding 33% and putting Fox at $72.8M. Oscar front-runner The Shape of Water dropped 33% to an estimated $3M this weekend lifting its cume to $49.8M. Rounding out the top ten was the action title Den of Thieves with an estimated $2.9M, down 37%, and $41M overall for STX.

The top ten films grossed an estimated $113.1M which was down 34% from last year when The LEGO Batman Movie opened at number one with $53M; and also down 48% from 2016 when Deadpool shattered records and debuted in the top spot with $132.4M.