Box Office: Coco Threepeats: The Calm Before The Storm

In yet another mostly uneventful weekend, Disney's Coco became the fourth film to threepeat at the top of the charts this year 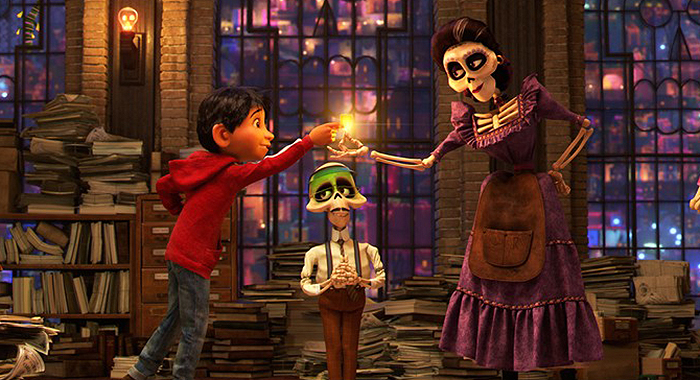 In yet another mostly uneventful weekend, Disney’s Coco became the fourth film to threepeat at the top of the charts this year while some award hopefuls debuted or expanded with big per screen averages. And there was one big flop.

What do Split, The Fate of the Furious, The Hitman’s Bodyguard and Coco all have in common? They all led the box office for three straight weekends this year. Coco likely won’t be the last film to do it but for now the latest from Disney/Pixar once again topped the charts raking in an additional $18.3M, according to estimates, bringing its total up to $135.5M. Overseas the film added $55.3M bringing its international total to $254M and its worldwide numbers up to $390M.

Leveling off a little from last weekend’s 60% decline was Justice League, which took in an estimated $9.6M bringing its total up to $212M. With it, Warner Brothers crossed the $2B mark this year led of course by Wonder Woman. Internationally, Justice League added $15.4M bringing its overseas totals to over $400M and its worldwide cume to over $610M. Weird to think that those numbers would be considered disappointing.

Lionsgate remained in third place with its surprise hit of the season, Wonder, which took in an estimated $8.5M this weekend, bringing its total up over the magical $100M mark.

Expanding into 840 theaters from distributor A24 was the James Franco-led The Disaster Artist which made an estimated $6.4M for a per screen average of $7,661, best in the top 10. With exceptional reviews and it being award season and all, the film could do pretty well over the upcoming weeks.

Landing in eighth place was The Star with an estimated $3.6M and a total cume now of $32.2M. The second A24 film on the charts was in ninth place with the acclaimed dramedy Lady Bird which took in an additional $3.5M, according to estimates, bringing its cume up to $22M. Both Lady Bird and The Disaster Artist have a great shot at passing Moonlight to become A24’s highest grossing film (currently at $27.8M).

Debuting with disastrous results in 10th place was the action-comedy Just Getting Started starring Morgan Freeman and Tommy Lee Jones. The film made an estimated $3.1M from 2,146 theaters for a per screen average of $1,483. With a Rotten Tomatoes grade of 9%(!) and a CinemaScore of only a C, this will be streaming shortly.