With all eyes on the Academy Awards, Hollywood was ruled once again by the runaway blockbuster sensation Black Panther 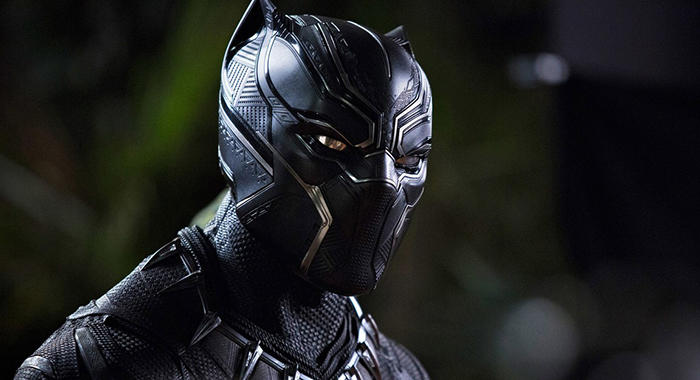 With all eyes on the Academy Awards, Hollywood was ruled once again by the runaway blockbuster sensation Black Panther which amassed an estimated $65.7M in its third frame making more than the next seven films combined. That was the third biggest gross of all-time for any film in its third weekend of release behind only Star Wars: The Force Awakens ($90.2M) and Avatar ($68.5M) which both got help from the potent New Year’s holiday at those times. The decline for T’Challa this weekend was only 41%.

Panther watched its domestic cume crush the half-billion mark after only 17 days of release as the total soared to a stunning $501.1M. That ties it with Jurassic World for third fastest ever to break $500M. The Last Jedi did it in 16 days this past December while Force Awakens needed just ten days. It should be noted that the two Star Wars films played during the lucrative Christmas holiday season while Jurassic World was in late June when most schools were closing for summer vacations. Black Panther has had some school breaks, but played in a more standard time of year when box office sales are historically slower.

On the all-time domestic blockbuster chart, the Wakanda hit has risen to number ten and is currently sandwiched in between fellow Disney titles Beauty and the Beast and Finding Dory. In fact, seven of the top eleven blockbusters are from the Mouse House which is already planning out its box office dominance over the years ahead with an impressive calendar of titles it just announced leading into 2023. These include ten untitled Marvel films which most certainly would include one, if not two Black Panther sequels.

Black Panther has now had smaller declines on the second and third weekends than Avengers did in May 2012 and the road ahead continues to look bright. By Saturday it will surpass the $533.3M of The Dark Knight and it now stands a great chance of also passing the $623.4M of Avengers to become the highest grossing super hero movie of all-time in North America. The box office run and fan love for this film have exceeded all industry expectations and a domestic final in the $630-640M range is possible putting it at number five all-time.

International markets are also rocking for Panther with this weekend contributing an estimated $56.2M pushing the overseas cume to $396.6M and the global haul to $897.7M. The Marvel sensation will smash the $400M international and $900M worldwide marks on Monday. Top markets continue to be the U.K. at $49.1M and South Korea at $41.4M. Russia just went nationwide this past week, Japan opened well this weekend, and the final market of China opens this coming Friday where it is expected to be a big player. The last MCU film Thor: Ragnarok just did $112M there during the November-December period, although it opened day and date with the U.S. Worldwide, Black Panther looks to be on a trajectory to reach more than $1.25 billion at the global box office.

Two new star-driven, gritty action films opened this weekend fighting for the number two spot and Jennifer Lawrence’s espionage vehicle Red Sparrow came out ahead debuting to an estimated $17M from 3,056 locations for a good $5,563 average. Reviews were mixed and audiences were ok on the R-rated film with the CinemaScore grade being a B. The performance was almost even with Charlize Theron’s Atomic Blonde which bowed to $18.3M last July with a nearly identical average. Demo data indicated that the audience was 53% female, 79% over 25, and 60% white.

Bruce Willis saw a decent start for his new action offering Death Wish which bowed to an estimated $13M from 2,847 theaters for a $4,575 average. The R-rated revenge tale was clobbered by film critics, but paying audiences were much more pleased as the MGM release earned a good B+ grade from CinemaScore. Willis has been absent from the big screen for some time with his last major action film being the ensemble pic Sin City: A Dame to Kill For in 2014 and his last time anchoring a non-sequel being Looper in 2012. Studio data showed that the crowd was 57% male, 53% over 35, and 57% white. Death Wish opened much like Liam Neeson’s recent action film The Commuter which debuted to $13.7M in January.

The R-rated comedy Game Night held up well in its second weekend dropping 37% to an estimated $10.7M giving Warner Bros. $33.5M to date. With no new kids competition, Sony’s family comedy Peter Rabbit fell only 22% to an estimated $10M lifting the total to $84M on its way past the century mark.

Paramount’s sci-fi pic Annihilation grossed an estimated $5.7M, off 49%, for a sum of $20.6M. Jumanji: Welcome to the Jungle kept up the great legs taking in an estimated $4.5M in its eleventh consecutive weekend in the top ten. Off a mere 20%, the Sony blockbuster has amassed $393.2M from North America and a giant $928.9M worldwide.

Suffering the worst decline in the top ten was Fifty Shades Freed which fell 54% to an estimated $3.3M with $95.6M overall for Universal. Global is now $346.2M. Like Jumanji, The Greatest Showman has been a major crowdpleaser since Christmas and also spent its eleventh straight frame in the top ten. The Fox hit took in an estimated $2.7M, off just 22%, for a $164.6M cume putting the worldwide tally at a big $375.8M. Rounding out the top ten was Orion’s Every Day with an estimated $1.6M, down 48%, and only $5.3M thus far.