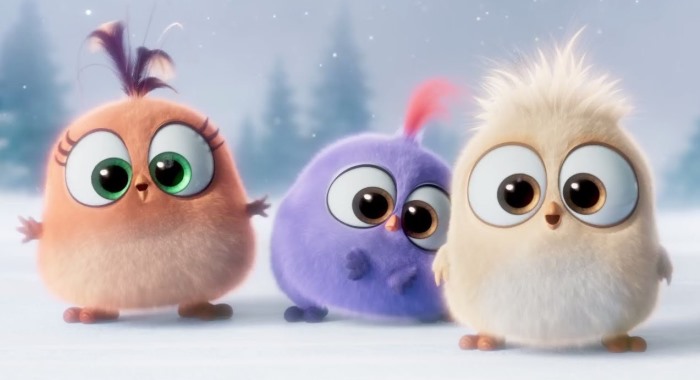 Becoming the first non-Disney film in six weeks to take the top spot at the box office, The Angry Birds Movie beat up enough pigs this weekend to take in an estimated $39M from 3,932 theaters for a per screen average of $9,919. Reviews haven’t been too kind (only 43% positive on Rotten Tomatoes) but with a decent CinemaScore of B+ it remains to be seen how high these birds can fly. With an additional $112M coming from overseas (in two weeks) and a current worldwide total of $151M it feels like they’re well on their way to at least an Angry Birds 2.

Dropping a disturbing 55% from the opening of the original, Universal’s Neighbors 2: Sorority Rising took in $21.8M this weekend, according to estimates, from 3,384 theaters for a per screen average of $6,439. Critics were more in favor than not (61% positive on Rotten Tomatoes, down 12% from the original) and the CinemaScore was a B (the same as the original) but it appears audiences were not as interested in the hijinks of Seth Rogan, Rose Byrne and Zac Efron again, even with the addition of Chloe Grace Moretz and others to the cast.

Opening in fourth place was the critically acclaimed The Nice Guys which rounded up an estimated $11.3M this weekend from 2,865 theaters for a per screen average of only $3,934. Rotten Tomatoes currently has it at 91% positive but the CinemaScore was only a B- from paying audiences which means that it’ll be hard for the film to gain any traction over the next few weeks.

Fifth place belonged to another Disney juggernaut, The Jungle Book, which had the best hold in the top 10 dropping only 35.6% to an estimated $11M, bringing its cume to $327.5M. In its second weekend, Sony’s Money Monster dropped 52% to an estimated $7M, bringing its total to only $27M. Look for a finale in the $40-45M range which is a disappointment considering the star wattage attached to the film. Also dropping 52% in its second weekend was the horror flick The Darkness which took in an estimated $2.4M, bringing its total up to $8.4M. Look for a final figure around $11M.

Compared to projections, The Angry Birds Movie came in slightly above Gitesh’s $37M forecast, while Neighbors 2 and The Nice Guys came in under Gitesh’s respective predictions of $28M and $16M.