Box Office: All Were Not In For Justice League 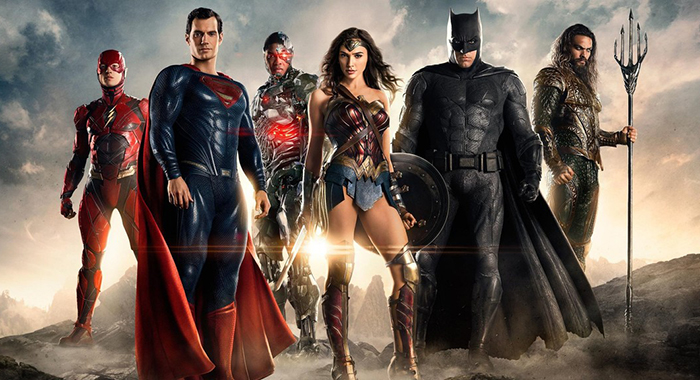 The PG-13 tentpole grossed an estimated $96M over the weekend which normally would be a solid figure for most films. However, it was the lowest debut for any of the five films so far in the DCEU. That was not expected at all given that Justice League features the wildly popular characters Batman, Wonder Woman, and the answer to what happens after Superman’s death. Budget reports vary, but the cost to produce JL was at least $250M plus a huge amount to cover global marketing.

Last year, Batman v Superman gave the world an introduction to what Justice League would eventually be and opened to a stellar $166M. That figure was not expected to be repeated this weekend. But the DCEU did go on to see Suicide Squad bow to a mammoth $133.7M in August of that year. Both films earned lackluster reviews and had their share of negative audience buzz, but the fans came out in full force anyway to see their favorite DC characters on screen. Slick marketing helped too. Justice League was slightly better received by critics, but still struggled overall with reviews. Lightning did not strike again this time as the turnout was significantly lower.

Based on materials they saw and news they heard about the film, a whole lot of comic book fans were “all out” this weekend and chose to skip a trip to see Justice League. Its first weekend gross was 28% below Squad and a troubling 42% behind BvS. League was also 7% less than Wonder Woman from this past June and 25% below 2013’s Man of Steel which kicked off the DCEU. And it was only 13% higher than the launch of the lesser known Marvel hero Doctor Strange from last November.

The studio had hoped to replicate the success that Marvel created with its super hero films which built up to 2012’s Avengers which shattered the all-time opening weekend record with $207.4M. Justice League did less than half of that. In fact when looking at approximate tickets sold, the turnout this weekend for Justice League was only about 14% better than it was for the 1997 flop Batman & Robin which at the time killed the DC movie world.

Justice League‘s weekend started with $38.8M from Friday including $13M from Thursday night pre-shows. Saturday fell 15% to $33.1M while Sunday is estimated to decline by 27% to $24.2M. Studio data showed that the audience on opening day was 58% male and 69% over 25. Fans who do go and see these super friends are generally ok with it. The CinemaScore was a decent B+. The per-theater average was $23,698 from 4,051 locations including premium-priced options such as 4DX screens which feature motion seats and environmental effects.

As the sixth super hero tentpole movie of 2017, Justice League looked to some audiences as one too many for the year, and one that was not worth the price. Logan was the only one which opened lower this year but that was still a terrific $88.4M with an R rating. In terms of rank, Justice League scored the eighth biggest opening of 2017 and the tenth best for the month of November.

What the disappointing performance of Justice League means to the future of the DCEU is unclear. It would make sense for Warners to determine what went wrong and how to move ahead with higher quality films that deliver joy to the fans. A whopping nine more films are on the calendar at the moment spanning 2018 to 2020. Some are untitled but Aquaman is slated for December 21 of next year and the Wonder Woman sequel is set for November 2019. Postponements and date shuffling in the near future would not be surprising. There is tremendous demand for more DC movies, but fans want good ones.

In the international markets, Justice League landed with a large $185.5M opening weekend as it opened in all markets except for Japan which debuts this Thursday. Leading the way by a large margin as usual was China with $51.7M. While a big figure, it trailed the $55.6M of Thor: Ragnarok from just two weeks ago and the $57.3M of BvS from last year. Together with North America, Justice League took off with a global premiere of $281.5M with 66% coming from offshore territories. With an average comic book run ahead, a final worldwide tally in the neighborhood of $700M is still possible.

Wonder woman Julia Roberts scored a fabulous opening in second place for her new film which is showing all the signs of a leggy hit this holiday season. The PG-rated drama Wonder debuted to an estimated $27.1M from 3,096 locations for a sturdy $8,737 average. Adult women were the driving force as studio data showed that the crowd was 68% female and 66% over 25. There is plenty of room to reach out now to other demos. Film critics gave the Lionsgate release strong reviews, however moviegoers handed the pic the real gift with a glowing A+ CinemaScore grade. So few films each year earn that top-tier grade.

With stellar audience reactions plus the feel-good Thanksgiving holiday ahead, the future looks very bright for Wonder which finds itself in a position similar to The Blind Side from 2009. That sleeper hit launched on the very same November weekend, was anchored by a popular A-list actress (Sandra Bullock), and also earned an A+. It bowed to $34.1M on its way to a runaway total of $256M and even earned an Oscar nomination for Best Picture and a Best Actress win for Bullock. It’s too early to know how high Wonder will go, but it’s safe to say that this Julia Roberts film will mark her first time anchoring a $100M+ blockbuster since Erin Brockovich in 2000 which earned her the Best Actress trophy that year.

With another super hero tentpole entering the box office arena, Marvel’s Thor: Ragnarok dropped from first to third place and grossed an estimated $21.8M in its third weekend. The Disney release fell a sharp 62% and boosted its domestic total to $247.4M. Overseas markets added another $24.1M this weekend to lift the international sum to $490.7M (led by China’s $107.5M) as the global gross soared to $738.1M. Ragnarok is the ninth film in the Marvel Cinematic Universe to join the $700M worldwide club – and third this year.

Last week’s two big star-driven projects followed losing about half of their opening weekend grosses in the process which was not bad considering a near-$100M opener entered the marketplace. Will Ferrell’s Daddy’s Home 2 dropped 50% to an estimated $14.8M pushing Paramount’s cume up to $50.6M. Fox’s mystery Murder on the Orient Express declined by a similar 52% to an estimated $13.8M with $51.7M overall. Both films look to end up with just over $80M domestic.

The animated Biblical film The Star opened in sixth place with an estimated $10M from 2,837 sites for a moderate $3,525 average. Sony’s PG-rated release is expecting to reach more of its target audience over the weeks ahead as Christmas approaches. The R-rated comedy A Bad Moms Christmas took seventh with an estimated $6.9M, down 40%, for a $50.9M cume for STX.

Despite all the super hero movies and star-driven Hollywood offerings, plenty of audiences still packed it in for hot well-reviewed films in specialty release. The teen tale Lady Bird grossed an estimated $2.5M from 238 locations for a solid $10,630 average in its third weekend. A24 has collected $4.7M. Fox Searchlight expanded its critical darling Three Billboards Outside Ebbing, Missouri, going from four to 53 theaters but that was enough to jump into the nationwide top ten with an estimated $1.1M and $21,038 average. The indie hit will widen again into about 500 locations this Wednesday for the long Thanksgiving frame. Only twice in all of 2017 have films playing in under 100 theaters reached the nationwide top ten — BI this weekend and Lady Bird last weekend.

Rounding out the top ten was the horror pic Jigsaw which grossed an estimated $1.1M tumbling 69% in its fourth session. The Lionsgate total is $36.5M.