Zootopia rounds out the top three. 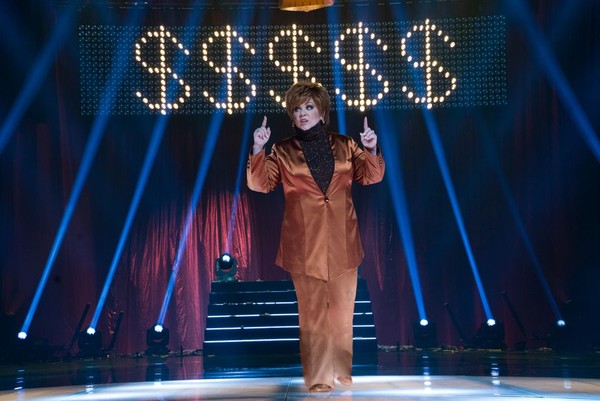 North American audiences were split between a new comedy and a holdover super hero smackdown as Melissa McCarthy’s The Boss opened just $45,000 ahead of the third round of Batman v Superman. The race for the number one spot was too close to call with this razor-thin of a margin. Final grosses to be reported on Monday morning will determine the order.

But McCarthy’s popular R-rated humor in The Boss attracted the expected audience with an estimated $23.48M for the weekend from 3,480 locations for a good $6,747 average. Universal projected a 42% Saturday-to-Sunday decline while Warner Bros. went with 37% for BvS.

Hammered by critics, The Boss still broke $20M which does not always happen with critically-panned R-rated comedies. It was a weaker opening than what the actress has seen with past comedies Identity Thief ($34.6M) and The Heat ($39.1M) which both had co-stars to promote. The Boss was marketed as a solo vehicle for McCarthy. Audiences were not too pleased as evidenced by the lousy C+ CinemaScore grade signaling a rocky road ahead.

Also having a shot at the number one spot was Batman v Superman: Dawn of Justice which grossed an estimated $23.44M in its third weekend for an understandable drop of 54%. Warner Bros. has banked $296.7M to date and is on course to finish with about $340M from North America. Second and third weekend drops have been higher on BvS than last year’s Easter opener Furious 7 which suffered declines of 60% and 51%.

Overseas markets saw a bigger slowdown as the weekend take was $34M dropping a hefty 60%. Competition got heavier as Disney’s The Jungle Book and Universal’s The Huntsman: Winter’s War opened in various territories collecting nearly $50M in business. The international cume for Dawn of Justice is $486.8M and the new worldwide haul sits at $783.5M surpassing recent super hero hits Guardians of the Galaxy, Deadpool, X-Men: Days of Future Past, and Captain America: The Winter Soldier. A final global gross close to $900M still seems likely.

Disney’s smash hit Zootopia remained in the top three for a sixth weekend grossing an estimated $14.4M, down just 26%. With $296M to date, the animated blockbuster is hoping to get to the $350M vicinity by the end of its domestic run. Overseas grosses rose to $556.5M boosting the global tally to an incredible $852.5M and it will break the $900M barrier before Japan’s release which begins on April 23. In China, Zootopia has soared to $232.2M allowing it to surpass Avengers: Age of Ultron to become the third biggest Hollywood blockbuster of all-time there behind Furious 7 and Transformers: Age of Extinction. This is an astounding performance for an original movie, whether animated or live-action.

Young men failed to turn out for the new ultraviolent action thriller Hardcore Henry which debuted in fifth place with an estimated $5.1M from a very wide 3,015 locations for a puny $1,690 average. Reviews were mixed for the R-rated title from STX and exit polls showed the audience to be 76% male with two-thirds being 17-34. In recent years, this has become one of the most unreliable demographics for action movies not tied to a popular brand.

Faith-based hit Miracles from Heaven declined by 34% to an estimated $4.8M and Sony has taken in a solid $53.9M overall. Fellow religion-themed drama God’s Not Dead 2 fell 43% after a weak opening to an estimated $4.3M for a cume of $14.1M for Pure Flix.

Falling 38% to an estimated $3.6M was The Divergent Series: Allegiant which has collected a disappointing $61.8M thus far in North America. That’s down a troubling 46% from Insurgent at the same point a year ago. The sci-fi pic 10 Cloverfield Lane dropped a reasonable 34% in its fifth weekend to an estimated $3M putting Paramount at $68M to date. Helen Mirren spent another weekend in the top ten with her military pic Eye in the Sky which made an estimated $2.8M, off 29%, for a new total of $10.4M for Bleecker Street.

Opening poorly outside the top ten was the Jake Gyllenhaal drama Demolition with an estimated $1.1M from 854 locations for a poor $1,317 average. The Fox Searchlight release did not fair well with critics earning lackluster reviews and paying audiences were not too pleased either.