Teens behaving badly have been a staple of storytelling both on the big screen and small, but rarely has the subject been handled as unflinchingly or as thoughtfully as HBO’s Euphoria. Based on an Israeli miniseries by the same title, the sobering drama stars Zendaya, Sydney Sweeney, Hunter Schafer, and a number of other young, up-and-coming actors as high school students struggling with mature themes like drug abuse, trauma, troubled family dynamics, sex, and more, and it has earned numerous accolades since it debuted in 2019. Zendaya in particular has been singled out for her performance, becoming the youngest winner of the Emmy for Outstanding Lead Actress in a Drama Series for her central role as recovering drug addict Rue.

With season 2 officially in the books as of February of this year, Binge Battle host Mark Ellis welcomes two guests to debate the merits of the series. Going head-to-head in this installment are host, producer, and one third of YouTube’s Whirl Girls, Steph Sabraw; and co-host of First Cut on YouTube and director Robert Butler III. Tune in to hear them face off on topics like best season, worst character, and most shocking moment. 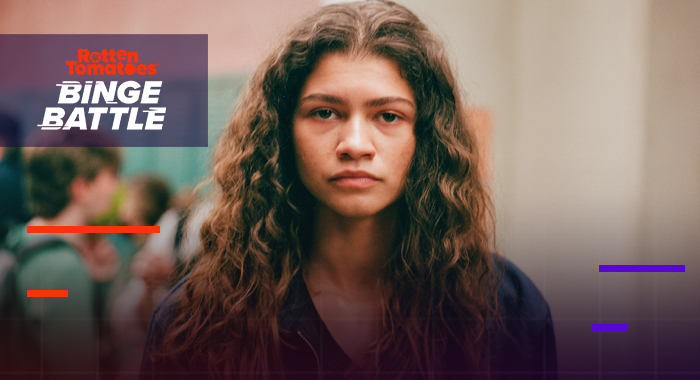