Doctor Strange in the Multiverse of Madness: Maddeningly Marvelous or Meh?

We dive into the details of the latest MCU entry, from surprise cameos and celebrity wish lists to that mid-credits reveal.

The multiverse has blown wide open with the latest installment of the Marvel Cinematic Universe, and things may never be the same, so we are absolutely going to talk about all of it on our series The Aftershow, which brings together cinephiles to discuss the latest releases and iconic classics. RT editor Jacqueline Coley hosts entertainment journalist, podcaster, and content creator Karama Horne in a no-holds-barred discussion about Doctor Strange in the Multiverse of Madness.

Jacqueline and Karama share their thoughts on whether or not Multiverse — which currently has the fifth-lowest Tomatometer score of any film in the MCU — lived up to expectations, especially after the monumental success of Spider-Man: No Way Home. They react to the surprise cameos in the film and come up with their own MCU celebrity wish list. And of course, they had to discuss that mid-credits scene and who, exactly, that A-lister is playing! Tune in for the full discussion. 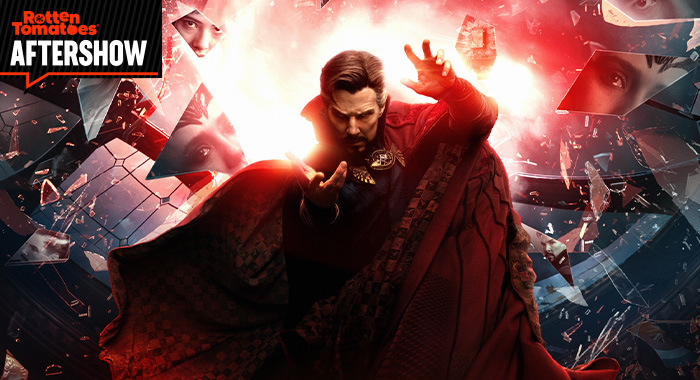 Check out some episodes from our other podcast, Rotten Tomatoes Is Wrong.

If you have a suggestion for a movie or show you think we should do an episode on, let us know in the comments, or email us at aftershow@rottentomatoes.com.