In this week's Total Recall, we count down the best-reviewed work of the 2 Guns star.

Denzel Washington and Mark Wahlberg are the big stars of this weekend’s 2 Guns, but they’re not alone; the movie also boasts a solid supporting cast that includes a number of wily character actor vets — including the one and only Bill Paxton, whose eclectic film and television pursuits have been keeping us solidly entertained for three decades and counting. To celebrate his latest role, we decided to spend this week looking back at Mr. Paxton’s best-reviewed roles, and although we had to leave out at least one important cameo (hello, The Terminator) and watch one cult classic dip below the cutoff line (farewell, Weird Science), we still ended up with a mighty fine list of films. Game over, man — it’s time for Total Recall!

An ensemble Western depicting the adventures of the legendary lawman Wyatt Earp and his confederates, Tombstone transcended a number of behind-the-scenes difficulties (including an early tiff with would-be co-star Kevin Costner, who then attempted to kill its chances at distribution, as well as the firing of screenwriter and original director Kevin Jarre) to emerge as one of 1993’s better-reviewed dramas — thanks in large part to the stellar supporting cast assembled behind Kurt Russell. Paxton, who played Wyatt’s brother Morgan, joined an eclectic crew that included Val Kilmer, Charlton Heston, Sam Elliott, and Powers Boothe. “It has an energetic flow, and a genuinely rugged, exciting feel,” wrote an appreciative Jeffrey M. Anderson for Combustible Celluloid, “unlike many of the more bloated, picturesque examples of the Western genre.”

Paxton flashed a bit of his directorial ambition early in his career, helming the cult classic music video “Fish Heads,” but it wasn’t until 2002 that he made his feature-length debut behind the camera with Frailty, a dread-soaked suspense film about two young brothers (Matthew O’Leary and Jeremy Sumpter) held in thrall by their psychotic, religiously fervent father (Paxton) — and driven to rid the earth of “demons” by any means necessary. While a number of critics were disquieted (or just plain turned off) by the deep darkness of the story, Paxton earned widespread praise for his work on either side of the lens. “Frailty may be only a genre film,” admitted the New York Times’ Stephen Holden, “but it forcefully reminds us of the degree to which all of us are our parents’ ideological captives when we’re children.”

Truly entertaining stories about con men are difficult to come by — and even the best of the bunch tend to focus on the thrill of the grift, leaving the characters themselves in the background. 1997’s Traveller reversed the formula, examining the knotty feuds and traditions of a tight-knit clan of small-time North Carolina con artists, in particular Bokky (Bill Paxton), a Traveller whose life is thrown out of balance when he crosses paths with the son of an exiled member (Mark Wahlberg) and develops an honest emotional attachment to one of his victims (Julianna Margulies). It isn’t one of Paxton’s better-known movies, but it was a hit with critics like ReelViews’ James Berardinelli, who wrote, “The script is smart and sneaky — by never telling the audience more than is necessary, it develops a keen sense of suspense that persists until the gritty final reel.”

A sleek, pleasantly pulpy woman-on-the-run action thriller with an uncommonly sharp cast, Steven Soderbergh’s Haywire essentially doubled as two films — one that acted as a showcase for the bone-crunching skills of star (and real-life MMA fighter) Gina Carano, and another that served to highlight the ever-dependable work of her supporting players, a group that included Paxton, Michael Douglas, Michael Fassbender, Ewan McGregor, and Antonio Banderas. “Carano is nothing special as an actress,” admitted Eric D. Snider for Film.com, “but darned if it matters when she’s supported by a killer screenplay, a sharp cast, and Steven Soderbergh’s unmistakably sly, mordant direction.”

After appearing in The Terminator, Aliens, and True Lies, Paxton seemed safely ensconced in James Cameron’s stable of favorite actors — so it came as no surprise when Cameron enlisted Paxton for Titanic, casting him as the modern-day treasure hunter whose quest for booty on the titular wrecked luxury liner helps move along the movie’s framing device, which stars Gloria Stuart as the aged modern-day version of the youthful beauty (Kate Winslet) whose doomed love affair with a poor passenger (Leonardo DiCaprio) helped launch a million Celine Dion-anchored mixtapes. “We know the story ends badly,” admitted Time Out’s Cath Clarke, “but Cameron still sweeps us up in the romance between Kate Winslet’s rebellious posh girl and DiCaprio’s steerage kid.”

Are people inherently good or evil, or are their morals and ethics driven by the choices available to them? That’s the devilishly grim question at the heart of Sam Raimi’s A Simple Plan, an adaptation of the Scott Smith book about a pair of brothers (played by Paxton and Billy Bob Thornton) who happen upon a downed plane full of cash during a hunting expedition with a friend (Brent Briscoe). One secret and one lie seem like a small price to pay for a $4.4 million windfall split three ways, but their simple plan begins to unravel surprisingly quickly, making the trio — and, by extension, the audience — helpless witnesses to an increasingly gruesome tumble into darkness. “A Simple Plan is a suspenseful, unnerving movie that ranks as one of the best thrillers in recent years,” marveled Mike McGranaghan for Aisle Seat. “The plot and characters converge nicely, and by the end, you are left to wonder how much money is enough to entice you to sell your soul.”

Before she was the Academy Award-winning director of The Hurt Locker, Kathryn Bigelow cut her directorial teeth with 1987’s Near Dark. Originally pitched as a straight Western, then rejiggered to take advantage of Hollywood’s 1980s vampire infatuation, Dark starred a then-unknown Adrian Pasdar as a small-town guy whose nookie with a mysterious drifter (Jenny Wright) ends with her turning him into a vampire — and then drafting him into a gang of undead drifters that includes a ruthless leader (Lance Henriksen) and his sociopathic second in command (Paxton). While Near Dark played to a lot of half-empty houses during its theatrical run, it became a cult classic on the home video market once audiences caught up to critics like TIME’s Richard Corliss, who wrote that it “has filmmaking finesse to spare, but puts its dank characters on display rather than cadging sympathy for them” and applauded, “It is the Blue Velvet of date-night spook shows.”

This dramatization of NASA’s aborted 1970 lunar mission combined one of star Tom Hanks’ biggest personal passions — space travel — with Hollywood’s favorite thing: a blockbuster prestige picture. With a cast that featured a number of similarly prolific actors (among them Paxton, Ed Harris, Kevin Bacon, and Gary Sinise), Apollo 13 probably would have made decent money even if it had played fast and loose with the real-life details of the launch, but director Ron Howard and his crew strove for verisimilitude, going so far as to shoot portions of the film in actual zero gravity. The result was a summertime smash that restored some of space travel’s luster for a jaded generation — and made for an exceedingly good filmgoing experience according to most critics, including Entertainment Weekly’s Owen Gleiberman, who wrote that “It chronicles one of the most dramatic of all spaceflights, an American catastrophe that became an American victory, and it does this in a way that’s so authentic, so brilliant in its technical details, that it succeeds in putting us on that ship.”

Its commercial prospects were fatally hobbled by a lack of studio faith so profound that it wasn’t even originally supposed to have a theatrical release, but thanks to overwhelmingly positive reviews, 1992’s One False Move — starring Billy Bob Thornton as the ringleader of a gang of criminals that runs afoul of an Arkansas sheriff (Paxton) who teaches them a thing or two about small-town justice — ended up sneaking into theaters long enough for Gene Siskel to call it his favorite movie of the year. Siskel’s enthusiasm for the Carl Franklin-directed thriller was shared by the majority of his peers, including Michael Upchurch of the Seattle Times, who enthused, “Franklin’s convincing portrait of life on both sides of the color line isn’t quite like anything I’ve come across before, making One False Move one very assured directorial move. We need more filmmakers like him.”

It’s a little hard to believe in today’s Hollywood, but in the 1980s, Fox balked at James Cameron’s proposal for an Alien sequel, claiming that the original hadn’t made enough money — and then, even when The Terminator‘s incredible success earned Cameron a shot at putting together a follow-up to Ridley Scott’s sci-fi classic, the whole thing almost fell apart when the studio refused to pay returning star Sigourney Weaver what she felt she deserved. Happily, it all came together, and Cameron’s Vietnam-inspired concept — which imagined a conflict in which our protagonists are armed with “a lot of firepower and very little wisdom” — turned into a $130 million hit that spawned a slew of sequels and spinoffs. Paxton, who’d played a bit part in The Terminator, earned a Best Supporting Actor Saturn Award for his work here as Private Hudson — and (spoiler alert!) his on-screen demise put him two-thirds of the way toward his eventual distinctive cinematic trifecta: getting killed by a Terminator, an Alien, and a Predator. “The ads for Aliens claim that this movie will frighten you as few movies have,” warned Roger Ebert, “and, for once, the ads don’t lie.”

In case you were wondering, here are Paxton’s top 10 movies according RT users’ scores:

Take a look through Paxton’s complete filmography, as well as the rest of our Total Recall archives. And don’t forget to check out the reviews for 2 Guns.

Finally, here’s the trailer for Paxton’s second directorial effort — The Greatest Game Ever Played, from 2005: 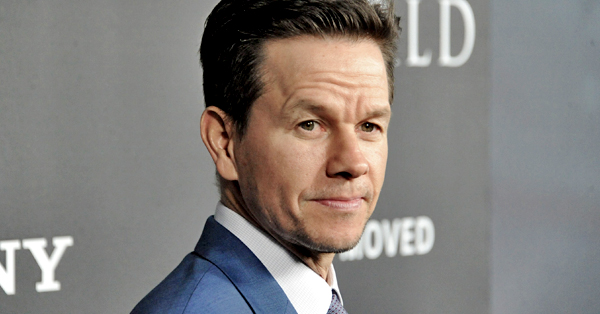