Plus: The Lord of the Rings series joins Twitter, how The Boys will handle its NSFW moments, Homecoming help wanted, The Expanse update, and more.

Amazon announced a major Good Omens casting, a Lord of the Rings series update, and much more in the final day of the Television Critics Association winter press tour in Los Angeles on Wednesday.

Frances McDormand is playing God in Amazon’s Neil Gaiman series Good Omens — which means Gaiman and his series director Douglas Mackinnon needed to find someone who could go head-to-head with the Oscar winner.

“The glorious young Benedict Cumberbatch is our Satan,” Gaiman told reporters at a TCA panel for his series on Wednesday.

Cumberbatch voices a 400-foot-high, animated Satan in the series, which is based on Gaiman’s book of the same name and follows an angel (Michael Sheen) and demon (David Tennant) living on Earth who unite to stop Armageddon by finding the Antichrist, an 11-year-old boy unaware of his part in ending the world.

Other guest stars in the season include Jon Hamm — “He does say that he did it for the money,” Gaiman joked, “but I know he did it for the money and because it was his favorite book in college” — Jack Whitehall, Michael McKean, Miranda Richardson, Mireille Enos, and Nick Offerman, who stepped in last-minute when another actor had to drop out.

“He texted back saying, ‘I will buy my own plane ticket to be with you,'” Gaiman said of texting Offerman about his casting pickle. “He didn’t have to do that., but two days later he was with us in South Africa.”

Gaiman told Rotten Tomatoes the day before that the series will not necessarily be a carbon copy of his book; in fact, he wants to mess with book readers.

“I wanted to make the people who loved the book really happy, but I also wanted to f— with their heads,” Gaiman said. “I wanted to make sure that even if you’d read the book and you know how plot A, B, and C are going to turn out, you do not know. There’s plot D that you don’t know about, and it’s going to become very important, and you cannot take anything for granted.” 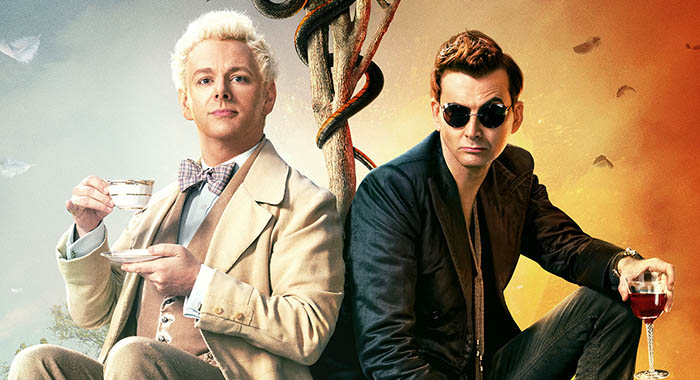 Gaiman’s story of angels and demons has a unique look worthy of Gaiman’s words. You can probably spot the references and homages to other artists, all adding up to something new.

“The more obvious ones are Monty Python,” director and EP Mackinnon said. “Good Omens has got its own style. The tone is it has no tone. We want to make it look epic and glorious and wonderful and warm. There are homages to Doctor Who, Terry Gilliam.”

Even the opening titles will mix and match fantasy artists, said Gaiman.

“Our opening title sequence manages to somehow evoke both Terry Gilliam, Edward Gorey, and Hieronymus Bosch. [We] somehow do that while being an animated 90-second opening sequence. Part of the weirdest thing about Good Omens is its style is no style. It’s whatever we needed to make that scene or sequence work, we do. Because the book includes so many things and does so many different kinds of things, we felt we were allowed to do that.”

Will Peter Jackson Be Involved in Amazon’s Lord of the Rings Series?

Amazon previously announced its plans for an epic Lord of the Rings TV series, a five-season show about the adventures of Young Aragorn, but there’s still no word on whether LOTR big-screen master Peter Jackson will be involved in the show. They do know one thing: he’s not mad about it.

“There hasn’t been any negativity around it,” Amazon Studios head Jennifer Salke said. “We just don’t have any news on that yet and what his involvement may be.”

The series is moving along, however, with writers on board and now some social handles. It might not have actually started filming yet, but if you can’t wait for its eventual premiere you can follow it on Twitter, Facebook, or Instagram (where hopefully Amazon will release some news very soon). 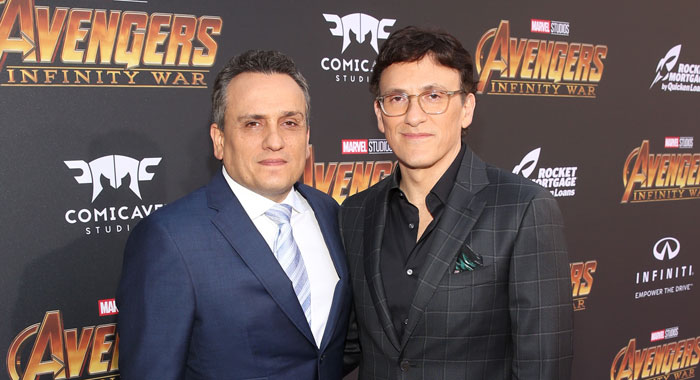 Amazon also released a bit more info on Joe and Anthony Russo’s sprawling, international project: The brothers will produce and direct a flagship English-language series, but Amazon will produce spin-offs in other countries in their own language. The first two will come from India and Italy.

“Those shows will be under the umbrella of the Russos and creative team but have their own local team of creators and writers executing those shows,” Salke said. “We just think that soon there’s a world that these hit shows can come from anywhere. They can break through and come from countries where English is not the language.” 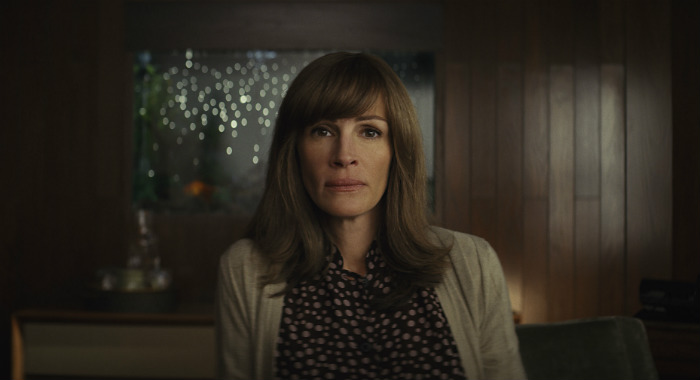 Now that Homecoming season 2 is a go — and star Julia Roberts has said she will not return — the hunt is on for a star as A-list as Roberts was in season 1.

“There’s an opportunity for a star role in it, and there’s a list that’s being discussed with producers about what the strategy is moving forward on that,” Salke said. Roberts will stay on board as a producer, however. 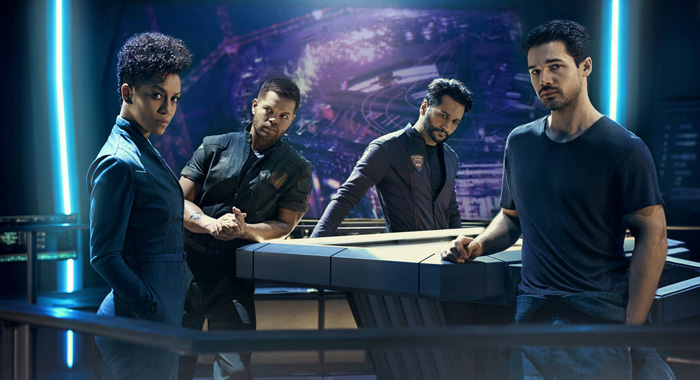 Finally, the fourth season of fan-favorite space series The Expanse, which Amazon rescued from Syfy, should hit Amazon later this year.

“We are working toward having that new season before the end of the year,” said Vernon Sanders, co-head of TV for Amazon. “We’ll have a specific date in the future but we’re aiming for that show to come out before 2019 is over. “

How The Boys Will Handle Its NSFW Moments

Amazon Prime Video’s new superhero series, The Boys, doesn’t actually follow the superheroes that exist in its world — it follows a group of vigilantes out for justice for the damage the arrogant superheroes cause. It’s definitely not a series for kids — as evidenced by the fact that R-rated producers Seth Rogen and Evan Goldberg (who are also behind AMC’s Preacher) are on board.

“The comic book is incendiary in its material. There’s a ton of really shocking s—. Frankly, there’s a lot of stuff in the comic that, if I’m being honest, we would not do in the show. But it’s a really irreverent, really edgy show,” he told reporters at TCA.

But from the beginning, he and his fellow executive producers wanted to make sure the show was more of a character study than anything else.

“You have to take the world very, very seriously, and you have to have fleshed-out people that have hearts,” he said. “We have to tell stories about really what it is to be human, and [we knew] that if we took it very, very seriously then the irreverence wouldn’t be for shock value it would be to further the character. And so for us it was always, like, if something in the comic doesn’t further a character we cut it. But if there was something in the comic or an idea we had that was crazy, but it told us a new aspect of who that character was and did it with integrity, then yeah. Preacher‘s a crazy show, and we want to be a boundary-pushing show too, but we want to do it the right way.”

How Transparent Season 5 Became a Movie-Musical 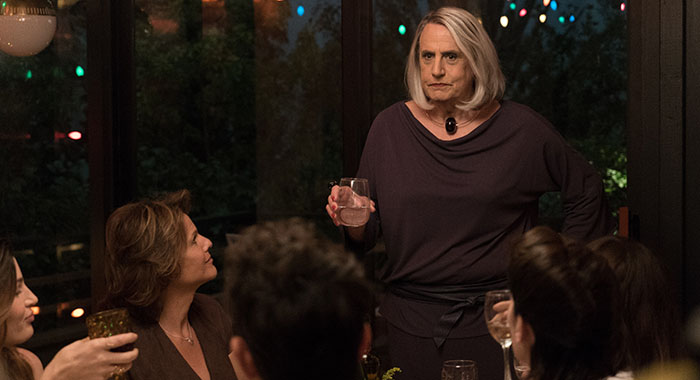 Why transform Transparent’s final season into a musical movie instead of a serialized TV series? Well, that’s originally how creator Jill Soloway envisioned their show. Soloway and her sister thought they’d make a documentary musical about their parent’s transition, and Soloway’s sister was already busy writing songs for a potential future stage musical, so after star Jeffrey Tambor’s departure, they decided to pivot.

“When everything went down last year, and we lost Jeffrey Tambor, we went through so much as a family that felt like this very emotional, there are no words,” Soloway said. “There is no way to just go back to a plain old season 5 and just repair by going back.”

Amazon Prime Video boss Salke said she was on board with Soloway’s idea because she trusted the creator’s instinct and wanted to make sure there was closure for fans.

“I think for us, we would never have wanted to take a special incredible show like that and just end it unceremoniously,” Salke said. “It was Jill’s idea to do a musical movie. We signed off on that idea trusting her that she would come up with something incredible, which she did. [The execs] sat in the front row of a musical run-through of this movie where we were crying. It is really special. …It brings the whole thing full circle at the end. It does everything that you would want it to do.”

In Development: The Hunt From Jordan Peele, The Power Based on the British Book, and Literary Classic Brave New World 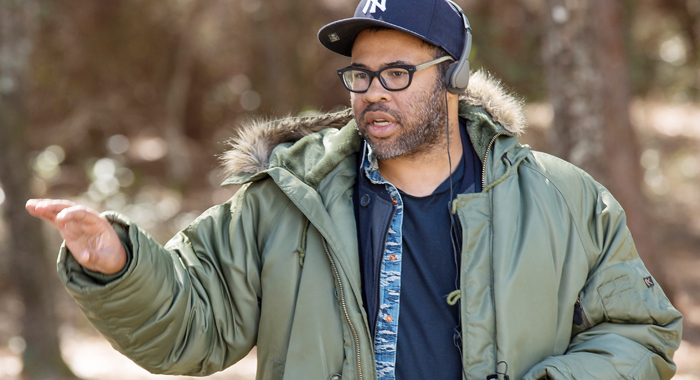 Three new series are officially in the works at major streaming services and networks. First is Amazon Prime Video’s The Hunt, from Jordan Peele and starring Al Pacino, Logan Lerman, and Jerrika Hinton, which follows a group of Nazi hunters in 1977 in New York City.

Next is Amazon’s The Power, which is a “contemporary global ten-part thriller” based on the book of the same name by British author Naomi Alderman, was written and created by Alderman and features The Handmaid’s Tale‘s Reed Morano as director and executive producer. The story takes place in the contemporary world, but suddenly all teenage girls in the world develop the power to electrocute people at will. Filming will take place around the world as the story follows characters from London to Arizona, Nigeria to Moldova, reversing the power balance of the world.

Finally, USA has greenlit a series based on Aldous Huxley’s classic novel Brave New World, about a “utopian society that has achieved peace and stability through the prohibition of monogamy, privacy, money, family, and history itself.”