TAGGED AS: A&E, based on movie

Two episodes into the final season of Bates Motel and the series has already pulled back the shower curtain to reveal some familiar elements of Alfred Hitchcock’s classic horror film Psycho: The guy checking into the motel under the alias David Davidson turns out to be Sam Loomis (Austin Nichols). His lover, Marion Crane (Rihanna) will appear soon, but Loomis is also the husband of Norman Bates’ (Freddie Highmore) new friend Madeline (Isabelle McNally), who bears a striking resemblance to Norma (Vera Farmiga). Being dead hasn’t stopped Norma from appearing to Norman, who also wears her dress and wig just like Anthony Perkins did.

Meanwhile, the new characters Bates Motel created are in uncharted territory. Dylan (Max Thieriot) and Emma (Olivia Cooke) are living happily far away from the motel fray until Caleb (Kenny Johnson) showed up. Since Emma sent him away, Caleb wound up discovering Norman’s secret. A broke and distraught Chick Hogan (Ryan Hurst) showed up to make Norman a deal to buy his hunting carcasses for taxidermy. Sheriff Romero (Nestor Carbonell) is still in jail, dealing with the criminals he once put there.

With only eight more episodes to go, executive producer, writer, and co-creator Carlton Cuse teased the fates of Norman and his family, guests, and neighbors and reflected on how far the series had come in five seasons. Cuse, who co-created Bates Motel with Kerry Ehrin and Anthony Cipriano, spoke with Rotten Tomatoes by phone before Monday’s new episode. 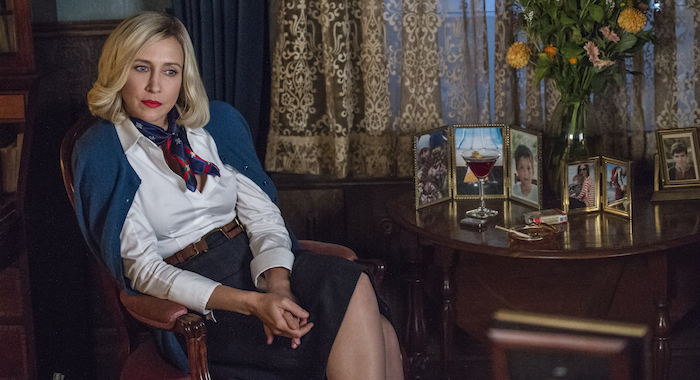 Fred Topel for Rotten Tomatoes: You’ve made it clear that Vera is still on the show. Was there ever any worry that viewers might doubt she’d still have a presence?

Carlton Cuse: I don’t think Kerry Ehrin and I ever worried about that. I think we worried a little bit more internally about giving her enough to do. I must say to Vera’s credit, she was always about what’s best for the show. I think that she understood in the overall arc of the series that her role this year was going to be different. Because her character is dead, she’s not as involved in the show as she’s been in previous seasons. She’s still in a lot of the show and when she’s there, she’s great. It was part of the overall architecture that we always had for the show.

RT: Did you ever consider not introducing a Marion Crane on Bates Motel?

Cuse: I think there was a phase in which we were worried about finding our own take on Marion Crane that was unique. What we didn’t want to do was cast someone who was a pale imitation of Janet Leigh, someone who would just make you think of that version of the character. We wanted to take Marion Crane and make her contemporary both in terms of the attitude of the character, the behavior of the character, and find some way to spin who that character was. Rihanna was kind of a magical dream-come-true choice. Had it not been her, I’m not quite sure what we would have done, but we were lucky enough to get her. 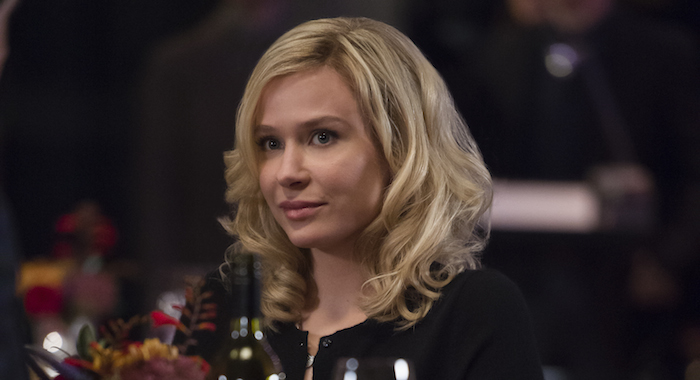 RT: Does introducing Sam Loomis’s wife give Norman a lot of new territory to explore?

Cuse: Her resemblance to Norma is very intentional. Let’s put it that way.

RT: How much work did it take to make Isabelle McNally look like Vera?

Cuse: A little bit of work, but when we first cast her, we felt this will work. They were close, but we tried to enhance it a little bit with wardrobe and hair for sure.

RT: Has it been fun coming up with scenes where Norman knows enough to make Sam uncomfortable?

Cuse: Yes, it was a lot of fun sort of pulling the strings of how this was all going to play out. Obviously when you meet Sam Loomis, you know that this character existed in Psycho, and he would visit the Marion Crane character in Phoenix, although in our story she’s from Seattle. They’re having this affair. We sort of set the hook at the beginning of the season in some of the same ways that the movie did, but things will not play out exactly the same. 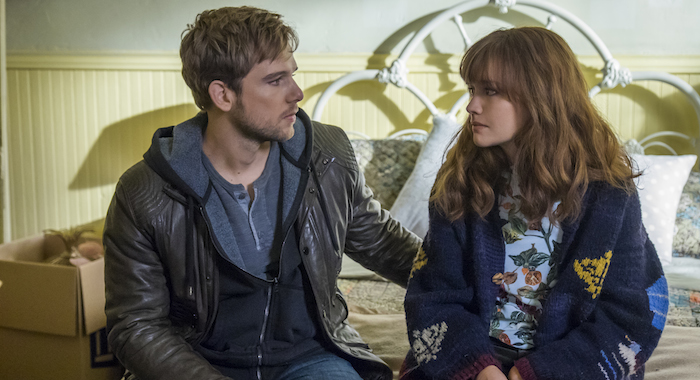 RT: When you and Kerry created Dylan and Emma as original characters, did you know they would end up together from the beginning of the show?

Cuse: To be honest, no. That’s one of the great things about television is it’s a living, breathing entity. We reacted to the chemistry that we saw between the characters and it made sense to put them together. That was just part of the organic process of discovery that happens when you build an on-screen family. You put characters together, and you see how they connect or don’t connect. It really felt right to Kerry and to me that was the direction we should go.

RT: Will they get pulled back into the Bates nightmare? Eventually Dylan has to find out his mom is dead.

Cuse: Yes. How about that? Yes, he will find out that she’s dead. It’s a huge part of the drama the second part of the season: What does Dylan do once he finds out that Norma is dead? 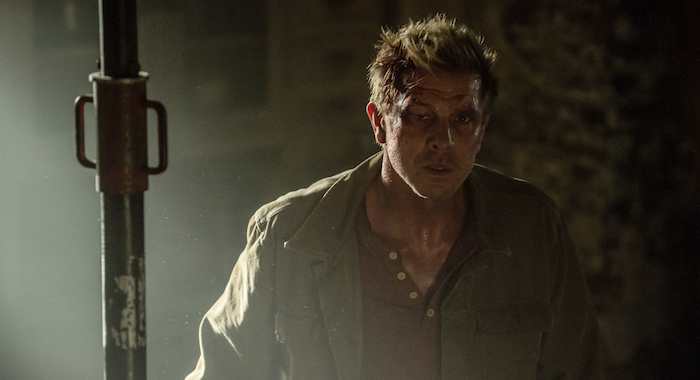 RT: Kenny Johnson is in the teaser for Monday’s episode. Is Caleb going to be around the rest of the season?

Cuse: That I would rather not answer.

RT: Could Caleb exist in the same capacity as Norma, in Norman’s head?

Cuse: I suppose theoretically. We do play a little bit with reality, but maybe not that much. I don’t want to ruin anybody’s ability to interpret the show as they wish.

RT: Is it gratifying to you to hear the questions people come up with about what they’ve seen so far?

Cuse: Yes, absolutely. I think the sign of a good show is when it activates your viewers’ imagination and you start thinking about the world of the show. That’s great. 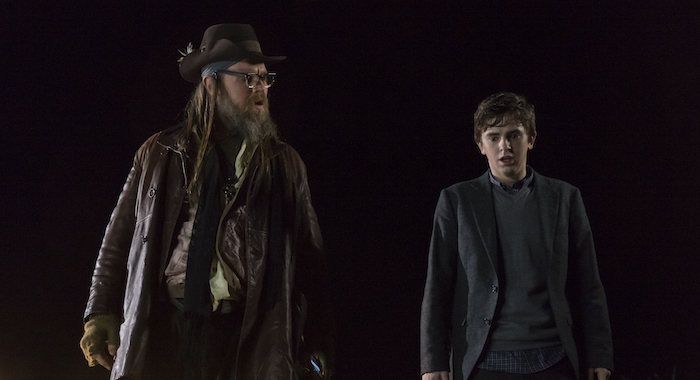 RT: When you created the character of Chick, did you imagine he might become the one who’s providing Norman with his taxidermy animals?

Cuse: Chick is just one of these characters, because Ryan Hurst is so awesome and plays the character with such a weird, quirky conviction, we fell in love with Chick. Chick, again in the sort or organic way in which television is created, we’ve made more out of Chick than we ever thought we were going to make out of Chick. Chick has taken on a really nice significance. We get to play out Chick’s story too. There’s a really cool part of Chick’s story that I don’t want to reveal.

RT: Did you go through a lot of different designs for Norman as Mother?

Cuse: We did. There’s some cool stuff coming up this season which, again, I don’t want to spoil. A lot of time was spent talking about how that would look.

RT: In 2017 the idea of a man dressing as a woman isn’t totally foreign. Is it safe to say the circumstances through which Norman does it is not what you would call a healthy expression of gender fluidity?

Cuse: Yes, the whole premise of the show is Norman’s descent into this multiple personality disorder and the consequences of that. The level of distortions going on for him are just growing and growing. That’s what the show is really examining. There are some interesting ways that we illustrate that thematically. 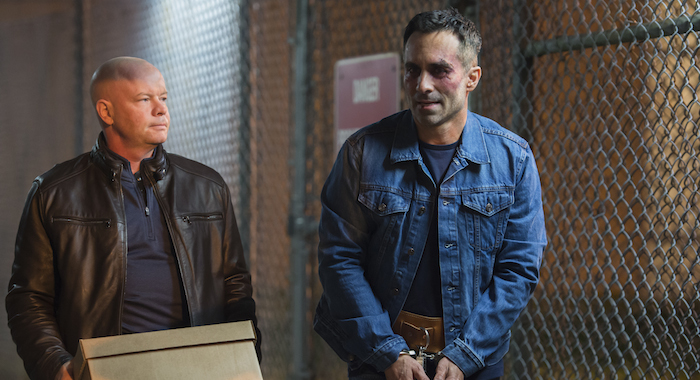 RT: What additional problems might Romero encounter in prison?

Cuse: The whole Romero story, which is kind of a crime story, I think is very fitting of the way in which we always saw this show as kind of an amalgam. Kerry and I always talk about the show as a romantic tragedy crossed with a pulpy crime drama. That is an interesting juxtaposition of genres. Romero is definitely going to play a key role in the pulpy crime drama as it goes through the rest of the season.

RT: Back when you and Kerry created the show, was there ever a version of Bates Motel that was more of an episodic “guest of the week” show?

Cuse: No, not at all. I think right from the very beginning when Kerry and I first sat down together, we saw this as the journey of a mother and son. We felt the ultimate question the show was going to ask is: Is Norman Bates destined to become the guy that we know from the movie? Is his fate inevitable? This season we’re going to answer that question. We’re going to find out exactly what his fate is. That’s really rewarding and is the result of five years of narrative work. The version of them entertaining guests at the Bates Motel like Aaron Spelling’s Hotel was never in the cards. 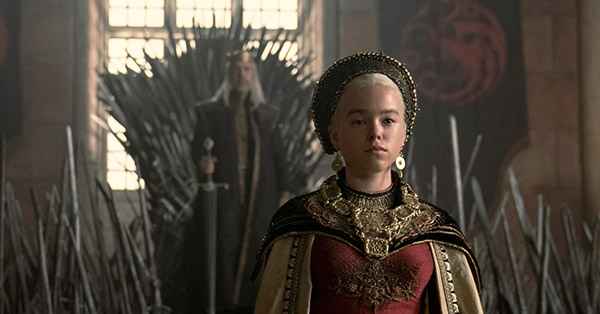