Plus, The Emoji Movie is ?, and Midnight, Texas doesn't suck enough.

This weekend at the movies, we have Charlize Theron at the Berlin Wall (Atomic Blonde, co-starring James McAvoy), and the inevitable cinematic consequence of being too lazy to type (The Emoji Movie, featuring the voices of T.J. Miller and James Corden). What are the critics saying? 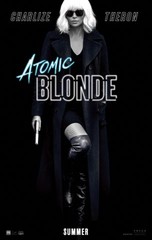 Charlize Theron is certainly no stranger to big-screen action, but it’s been awhile since she had the opportunity to carry an entry in the genre by herself — and her 2005 starring vehicle, Aeon Flux, didn’t exactly turn out the way it was supposed to. It seems fairly likely that a far kinder fate awaits this weekend’s Atomic Blonde, in which Theron plays a superspy tasked with taking down a Berlin espionage ring during the waning days of the Cold War. Reviews describe a sleek, set piece-stuffed experience, with director David Leitch (John Wick) adding an extrai eye-catching layer of visual style to this adaptation of Sam Hart’s 2012 graphic novel The Coldest City — and Theron remains equally compelling whether she’s wearing a glamorous evening gown, breaking a bad guy’s face, or doing both of those things at the same time. The movie’s story, alas, is more of a mixed bag, but with moves this cool, most critics say there’s little reason to quibble; if you like going to the theater to watch villains get punched, Atomic Blonde should be right up your alley. 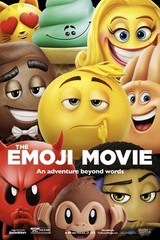 As Hollywood has taught us repeatedly in recent years, just because something sounds like a crazy idea for a movie and/or a crass cash grab, that doesn’t mean the end results can’t be delightfully entertaining. (The LEGO Movie, anyone?) Still, even if it’s possible for filmmakers to spin cinematic gold out of conceptual straw, that doesn’t mean it’s likely; sometimes what sounds like a bad idea is exactly that, and The Emoji Movie offers colorful yet creatively bankrupt proof. If nothing else, this animated adventure lives up to its title — it really is a movie populated with walking, talking emojis — so it could hardly be argued that anyone who buys a ticket won’t know exactly what they’re going to get. But if you’re somehow still on the fence about heading out to see it, critics universally urge you to reconsider; words like “meh,” “idiotic,” and “regret” — along with, yes, a handful of appropriately scornful emojis — sum up scribes’ viewing experiences. Here’s hoping things turn out better for that Fruit Ninja movie in the works.

Midnight, Texas doesn’t suck as much as it should.