Plus, Hitman: Agent 47 and Sinister 2 both misfire badly, and Show Me a Hero is Certified Fresh.

This week at the movies, we’ve got a reluctant assassin (American Ultra, starring Jesse Eisenberg and Kristen Stewart), a remorseless assassin (Hitman: Agent 47, starring Rupert Friend and Zachary Quinto), and remorseless revenant (Sinister 2, starring James Ransone and Shannyn Sossamon). What do the critics have to say? 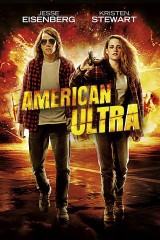 American Ultra has a pretty ingenious premise: what if a perpetually stoned slacker was a brainwashed killing machine? Unfortunately, critics say this would-be mashup of The Manchurian Candidate and Pineapple Express is undone by an inconsistent tone, veering wildly between laughs and ultraviolence — though stars Jesse Eisenberg and Kristen Stewart make a charming pair. Eisenberg plays Mike, a small-town layabout who lives blissfully unaware that he was once trained as a CIA super soldier. When the agency decides to eliminate him, his dormant powers are activated and chaos ensues. The pundits say American Ultra is quite sweet and charming in spots, but it devolves into the kind of mediocre shoot-em-up it seemed to parody in the first place. 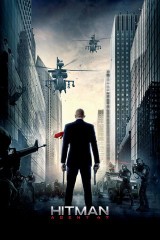 Hitman: Agent 47 is a sequel/reboot to a video game adaptation that wasn’t particularly loved to begin with. So it shouldn’t come as much of a surprise that critics say it’s a bland, shallow action flick that heaps more loving care on its shootouts than its characters. Rupert Friend stars as the titular assassin, who acquired his murderous talents as part of a secret government experiment. He’s tasked with tracking down a woman who knows secrets about the program’s origins. The pundits say Hitman: Agent 47 is thoroughly generic stuff, and its occasional flashes of craft do little to elevate its hollow emotional core. 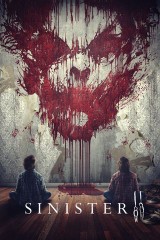 In Sinister, a writer moved into a house that was bedeviled by a ghoul that lurked within the frames of old Super 8 films. Critics say Sinister 2 is haunted as well — by a dull script and a decided lack of scares. Shannyn Sossamon stars as a woman who moves into an isolated farmhouse with her sons to escape her abusive husband. Soon, however, the malevolent spirit Bughuul turns up with his box of haunted Super 8 reels. Critics say Sinister 2 substitutes jump scares for real tension, and it’s only on the strength of the acting that the film sustains any interest.

Show Me a Hero is an impressively crafted period drama whose timely themes prove as absorbing as its engaging, compassionately drawn characters.

Fear the Walking Dead recycles elements of its predecessor, but it’s still moody and engrossing enough to compete with the original.

Kevin From Work relies on raunchy jokes delivered by unsavory characters, but the show’s gags hit their targets often enough to elevate a rather routine premise.