A Guide to Binge-Watching The Americans

Find out where and why to see FX's Cold War spy show.

With season two now available on DVD and season three fast approaching this January, we thought a visit back to the Reagan Era for a hang with our fave KBG spies is essential. Here’s what you need to know to catch up on FX’s The Americans before season three pounces upon us Wednesday, Jan. 28 at 10:00 pm.

What’s the premise? A couple of KGB spies pose as a married American couple in 1980s Washington, D.C.

What’s it like? It’s like your favorite Russian spy movie… but as a television series. Matthew Rhys (Brothers and Sisters) and Keri Russell (Felicity) star as Philip and Elizabeth Jennings, the two spies who are oh-so-smooth with every move. In order to make their marriage seem legit, Philip and Elizabeth even have children together — and now they’ve got two American kids to raise, adding some family drama to the mix. They’ve grown to love each other, but even fake marriages can go awry. Margo Martindale (August, Osage County, The Millers, Masters of Sex) appears as their KGB handler in America, and when she tests their loyalty, the Jennings make violently clear exactly how they feel about it.

How long will it take? Not long; only 26 episodes make up all of seasons one and two. So, without commercials, it should just take you about 20 hours.

What do the critics think? Season one is Certified Fresh at 90 percent — pretty awesome. Amy Amatangelo of Paste Magazine said, “What I liked most about the drama is that Keri Russell and Matthew Rhys are so utterly believable as Philip and Elizabeth Jennings.” And Popmatters’ Cynthia Fuchs wrote, “As much as the series’ pitch seems clear — it’s another period series, with terrific design details, long story arcs, and complex performances — it is also something else, a reframing of what it might mean to be ‘Americans,’ then and now.” For season two, Certified Fresh at 97 percent, Maureen Ryan of The Huffington Post raved, “Holy Mother Russia, you need to be watching The Americans. Very few shows are able to combine pleasurable episodic storytelling so deftly with solid character building and delicious suspense.”

Why should I watch this? It’s gripping as all get-out, and seeing Keri Russell in a dramatic adult role is just cool. As Claudia, Margo Martindale has a take-no-prisoners attitude that knocks you to your knees, and Russell and Rhys as the Jennings more than hold their own, with quick thinking and uber-dextrous slaying skills. Watching The Americans also provides a great opportunity to brush up on your 1980s pop culture. (We could, however, stand to see more shoulder pads, neon-patterned gym pants, Swatch watches, and jellies; it’s sort of a wasted opportunity there.) The current struggles facing the two lead characters are what we find so compelling today. There is serious emotional warfare raging in their heads and we sit anxiously awaiting answers from season two. Add in the dramatic appeal of the Jennings’ eldest child beginning to unravel the mystery of who her parents are, and the result is a thought-provoking concoction that will satiate your taste for action and mystery.

What’s my next step? If you’re into spy films, check out Tinker Tailor Soldier Spy, The Man Who Knew Too Much (both versions), True Lies, Gotcha!, and Fair Game. As for television series, try BBC America’s limited-run spy show The Game or Hulu’s comedy The Wrong Mans. Margo Martindale fans should see the film August: Osage County, and on TV, she appears in The Millers, Justified, and Masters of Sex. Keri Russell, of course, was TV’s Felicity and recently starred in the film Dawn of the Planet of the Apes. And you can see more solid acting skills from Matthew Rhys in old episodes of Brothers and Sisters.

What do you like about The Americans? How would you explain it to a newbie? 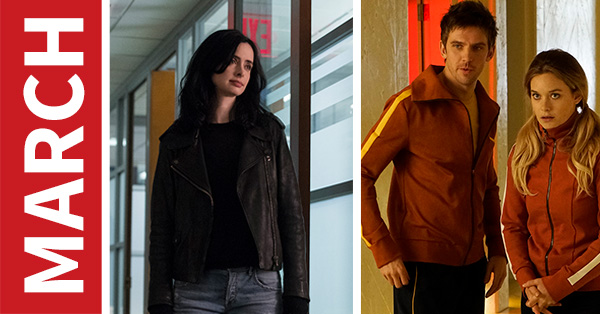