Weekly Ketchup: Raimi and Maguire return for Spider-Man 4 and 5

Plus news and speculation about Ghostbusters 3

After the slow news doldrums that were the last week of August, this week could have easily supplied me with two weeks worth of Ketchup, but alas, this is a 10 piece column, so news items about movies like Sherlock Holmes and Inglorious Bastards didn’t make the cut.. I think you’ll find that the top 10 this week though are all definitely big ticket type news items.

Following months of speculation, Nikki Finke has confirmed that Sony Pictures has lined up director Sam Raimi and star Tobey Maguire for both Spider-Man 4 and Spider-Man 5, which will be filmed concurrently, with the 4th movie working from a script by Jamie Vanderbilt (Zodiac; cowriter of The Rundown). Although the villain isn’t announced yet, Finke hears that once we hear who it is, we will know who will be playing him. Not counting returning villains, that seems to me suggest three possibilities: The Lizard (Dylan Baker, seen in the second and third movies), Man-Wolf (Mary Jane’s romantic interest in #3) and (this one Finke didn’t think of) the Spider Slayer(s), which were robots controlled by Daily Bugle publisher J. Jonah Jameson (J.K. Simmons). The Lizard is probably most likely, but in a way, the Spider Slayer story thread ties in most to the ongoing stories of the first three movies. Jameson’s hatred of Spider-Man is one of the character’s great arcs, and the Spider Slayer angle also allows for another classic Spidey villain, the Scorpion, who was also originally hired by Jameson to take out Spider-Man. Whoever Spidey takes on this time, let’s hope that the movie (and #5) work better than Spider-Man 3, which felt overburdened with having to carry the stories of three villains (Sandman, Venom and Harry Osborne).

#2 GHOSTBUSTERS 3: THE WRATH OF THE STAY-PUFT MARSHMALLOW MAN?

Sony announced this week their firm plans (versus the long lingering development it’s suffered in for decades) for Ghostbusters 3, with a premise that promises a return of the original cast members, although none of them are as yet confirmed as actually being cast. Bill Murray, for example, has got to be a big question mark. Ernie Hudson, probably not as much. Lee Eisenberg and Gene Stupnitsky, co-producers of The Office (and they also wrote the upcoming Jack Black-starring Biblical comedy, Year One) are working on the script. Although the sequel was not as great, the original Ghostbusters still stands as one of the best comedies of the 1980s and a fan favorite, and fans have been clamoring for a Ghostbusters 3 as long as I’ve been writing about upcoming movies (1997), and really before that, even. Original writers Harold Ramis and Dan Aykroyd had been working on their own Ghostbusters 3 script for years, but they appear to be out of the loop (for now) on writing duties, but that suggests for sure that they would return. Again, the one I wonder about is Bill Murray. As much as fans would love to see this movie happen, I’ve got a grain of reservation, as there seems a lot of possibility that a third movie could ultimately tarnish the franchise’s legacy if they don’t really hit this one out of the park. And hey, I got through this article without writing “Who ya gonna call?” Oops.

In one of the most ambitious schedule announcements I’ve ever heard about, Guillermo del Toro has laid out his directorial slate all the way… to 2017 (!). We all know about The Hobbit, and the “bridge film” between it and LOTR, but there have also been many other projects on his slate over the years. Now, we know which movies he plans to do after, all of which will be for Universal Pictures, for whom he made Hellboy II: The Golden Army (although a third Hellboy film is strangely *not* on the list). To keep things short, here’s the list: new versions of the studio’s classic monster movies, Frankenstein and Dr. Jekyll and Mr. Hyde, a new adaptation of Kurt Vonnegut’s Slaughterhouse Five, Del Toro’s dream project of adapting At the Mountains of Madness by H.P. Lovecraft and Drood, a movie that speculates that author Charles Dickens might have gone crazy and become a murderer following surviving a horrible train accident. Of these, Drood is expected to be the first to follow the Tolkien movies. In addition to all of these, you’ve got to think that Del Toro will want to make another Spanish-language movie (ala Pan’s Labyrinth) at some point, and it’s hard to see him let Hellboy 3 go unmade for 10 years. And oh yeah, he’s got several movies that he is attached to produce. El Gordo is going to be muy, muy ocupado!

#4 TARZAN: BECAUSE PEOPLE LOVE APES (NOT MONKEYS, MONKEYS HAVE TAILS)

Stephen Sommers (Van Helsing, The Mummy) is in talks with Warner Bros to direct their new adaptation of Edgar Rice Burroughs’ Tarzan, after negotiations a few years ago with Guillermo del Toro ultimately fell through. Sommers will cowrite with Stuart Beattie, who also worked on the director’s next movie, G.I. Joe: Rise of Cobra. Sommers is obviously one of the top “go to” guys these days for huge blockbuster type extravaganzas, but after early promise with Deep Rising (overlooked at the time, but I loved it) and The Mummy, he extremely flubbed up Van Helsing, and I (and many others) don’t feel warm fuzzies for G.I. Joe either. So, his star is somewhat tarnished, and I have to wonder what exact tone this Tarzan movie will take. I have a feeling it’s going to feel like a huge, $150 million dollar version of Tarzan and the Lost City.

#5 MATT DAMON TO BE UNTOUCHABLE IN TORSO

From the mean streets of Cleveland (well, that city’s Plain Dealer), comes news that the long-gestating adaptation of Brian Michael Bendis’ graphic novel, Torso, based upon the true story of what Elliot Ness did after taking down Al Capone, is going to start filming soon, possibly in Cleveland (if the money stuff between Paramount and Ohio can be figured out). And with that nugget comes two bigger bits of news, which is that David Fincher (Fight Club, The Curious Case of Benjamin Button) is directing, and Matt Damon is playing Elliot Ness. Fincher has been attached to Torso for a couple of years, but considering his very busy slate, that he’s actually doing it is still actually kind of news. Torso is a grisly tale, telling the true story of the “Torso Murderer”, who from 1934 to 1938 haunted Cleveland, leaving just the torso of his victims as evidence, and it ties in directly to dramatic changes in Ness’s life, as he struggled to solve the mystery. Matt Damon seems like a good choice to play the no-nonsense, former G-Man.

Denzel Washington has signed on to star in The Book of Eli, as a lone hero in a post-apocalyptic America who is the only one who has the key to saving society from its current wasteland status. Oh cool, a Barack Obama biopic!? Nope, this “futuristic thriller” probably has a lot more in common with Kevin Costner’s The Postman or the upcoming Oscar contender, The Road. The Hughes Brothers directing duo (Allen and Albert) will return from their too-long post-From Hell hiatus of seven years to hopefully remind of how good their first two movies (Menace II Society and Dead Presidents) were. Filming starts in New Mexico in January, with Joel Silver producing for Warner Bros. Wikipedia tells me that Eli is a variant of the name of God in Hebrew and Aramaic, so perhaps there’s a connection there?

Doing the press tour thing for Bangkok Dangerous, Nicolas Cage revealed that he’s been in talks about starring in a sequel to Ghost Rider, an adaptation of a Marvel character made by Columbia Pictures (ie, not by Marvel Studios). Cage revealed that the plan might be to take the demonic biker to Europe, possibly tying the story into the Catholic Church, ala The Da Vinci Code. The first movie opened last year to $52 million, going on to make $115.8 million domestically, so it definitely was not a flop financially, but the RT meter tells a sadder tale – 28%. Ghost Rider took far too many liberties from its comic source for my taste, starting with the casting of Nicolas Cage, so I’ve got no expectations about a sequel.

#8 CREATION: THE MOVIE POSTER SHOULD TOTALLY BE THAT BUMPER STICKER FISH THING

Real life married couple Paul Bettany and Jennifer Connelly have signed on to play real life married couple Charles and Emma Darwin in Creation, a biopic about the life of the famed evolutionary theorist. Filming of Creation, directed by Jon Amiel (Sommersby, Entrapment) starts later this month in England. The producers are quoted in the article as saying that people tend to think of Darwin as an old man with a grey beard, but this movie will focus on him earlier in life, as he is struggling with his faith and yet still coming up with his revolutionary, evolutionary theory.

According to the New York Times (via IGN), Chris Columbus (the first two Harry Potter and Home Alone movies) will be directing an adaptation of The Lightning Thief, the first book in the Percy Jackson and the Olympians series of novels by Rick Riordan, about the modern day children of the Greek gods. Specifically, The Lightning Thief is about the son of Poseidon who takes off on a trek across America, trying to catch the thief of Zeus’ lightning bolt. The Times says that filming is scheduled to start in time for a release in November, 2009, from a script by Joe Stillman (cowriter of the first two Shrek movies and Beavis and Butt-Head Do America).

Possibly because the buzz around the Hitler assassination movie, Valkyrie, is so hot (not), Jerry Bruckheimer has acquired the rights to Killing Rommel, a novel by Steven Pressfield (whose Gates of Fire, about the Battle of Thermopylae, is apparently still in development despite the success of 300). Killing Rommel, which will be adapted by Randall Wallace (Braveheart, Pearl Harbor) (and doesn’t have a director yet), will tell the (fictional) story of a British/Allied assassination plot against the life of Nazi Field Marshal Erwin “The Desert Fox” Rommel, in an attempt to stop his campaign in North Africa. The central characters are members of England’s Long Range Desert Group, which was real, but the part about killing Rommel is fictional (as far as I can tell).

You can contact Greg Dean Schmitz via a message at the RT Forums, the thread there devoted to him, or his MySpace page. 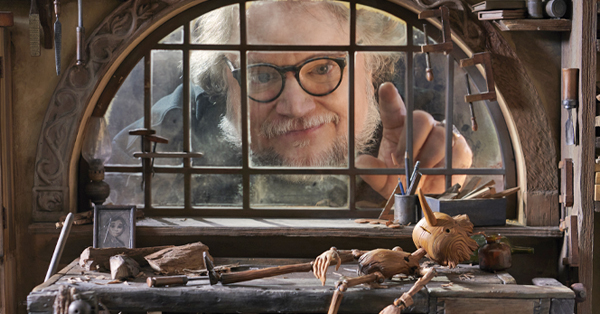