With All About Steve hitting theaters, we run down some of film's most noteworthy sneaks.

In the real world, stalking is a crime that tends to be taken pretty seriously — and from Hitchcock to Tarantino, Hollywood’s finest filmmakers have always taken it pretty seriously too, albeit for different reasons. Simply put, whether you’re looking for laughs or chills, the irrational, dogged pursuit of one human being by another tends to make for a good story. This weekend’s entry in the stalker genre, the Sandra Bullock/Bradley Cooper comedy All About Steve, looks to add to that tradition — so we thought now would be a good time to take a fond look back at some of the most memorable stalkers in movie history.

To make our list, we looked at films across a wide spectrum of release dates (our oldest entry was released in 1951 — no fair peeking!) and genres, pulling from suspense thrillers, comedies, dramas, and horror. We even made room for a certain extremely persistent paperboy. So which of your favorites made the list? Which classic stalkers have we overlooked? Join us on our latest Total Recall, then let us hear all about it in the comments. We’ll be watching you!

By the mid-1980s, good old-fashioned stalker flicks seemed rather quaint. By this time, audiences had grown numb to garden-variety knife-wielding crazies, and filmgoers raised on supernatural nutjobs like Jason and Freddy weren’t really looking to understand their antagonists’ motives; they simply wanted to hoot and scream at the sheer unadulterated spectacle of gory violence. Consider 1986’s The Hitcher, then, a quintessentially ’80s hybrid of stalker thriller and slasher. Starring Rutger Hauer as the titular transportationally challenged wacko and C. Thomas Howell as his quarry, The Hitcher infused the genre’s relatively staid conventions with bursts of over-the-top horror, an increasingly absurd plot, and a seemingly superpowered villain. Predictably, critics were generally less than impressed — Roger Ebert, for one, called it “reprehensible” — but a fair number of scribes had fun with the movie, mainly because of Hauer’s memorably menacing performance. “It’s like a sadistic version of Duel,” wrote Widget Walls of Needcoffee.com, adding, “instead of a semi, you get Hauer in all his creepy manic splendor.”

A gleeful, high-octane inversion of the stalker thriller, Quentin Tarantino’s Death Proof initially led its audience down a familiar path, laying out a plot in which a sadistic loner (played by Kurt Russell) uses his car — a souped-up 1970 Chevy Nova that’s been “death-proofed” for his stuntman’s work — to terrorize, maim, and murder a succession of young women. Tarantino being Tarantino, however, the movie culminates with a role reversal in which the victims turn the tables on their tormentor — and have a grand old time doing it, too. Initially part of Grindhouse, the three-hour-plus double feature Tarantino shared with Robert Rodriguez, Death Proof aspired to recreate the grimy, low-budget aesthetic of the exploitation films popular in down-market theaters during the 1970s — and as far as some critics were concerned, it succeeded a little too well, with James Christopher of the Times UK calling it “garbled, spotty, and tedious” and David Edwards of the Daily Mirror saying it was “so profoundly dull, so relentlessly misguided, so criminally self-indulgent you almost feel bad criticizing it.” More often than not, however, writers shared Tarantino’s affection for the bygone grindhouse era. As Kevin N. Laforest of the Montreal Film Journal wrote, “I’ve rarely seen a filmmaker, in current Hollywood at least, expose his sexual and sadistic kinks on screen with such shameless glee.”

He rose to fame on the strength of his maddeningly energetic comic persona, but there was always a melancholic element to Robin Williams’ work — an element he explored more deeply in the 1990s and early aughts, first with dramedies like Mrs. Doubtfire, then with more serious fare, such as Patch Adams and What Dreams May Come. Some of these projects were more warmly received than others, but each of them gave audiences a glimpse of just how deeply Williams could sublimate the frantic restlessness that defined his public image, and they culminated with 2002’s One Hour Photo. Here, Williams plays Sy Parrish, a profoundly lonely photo technician whose desperate, hidden attachment to his customers sends him down a dark path, and it’s a testament to his skill as an actor that even though Parrish is an obviously disturbed and frankly disquieting character, Williams makes it hard not to identify, if not outright sympathize, with his sad plight. Photo was a moderate success at the box office, but critics were nearly unanimous in their praise for its star’s performance. “Sy is a complete character with a physicality, inner monologue and motivation that we haven’t seen from Mr. Williams in a long time,” wrote Joe Lozito of Big Picture Big Sound. “And it’s a pleasure to watch.”

The 1970s might have been the “Me Decade,” but selfishness was pretty solidly in vogue during the 1980s, too; it was, after all, the decade that gave us Leona Helmsley, the savings and loan crisis, and Michael Douglas, as Ivan Boesky-inspired banker Gordon Gekko, telling us that “greed, for lack of a better word, is good.” Douglas highlighted another kind of self-centered behavior in 1987’s Fatal Attraction, playing a character who impulsively cheats on his wife (Anne Archer) with a woman he meets at a party (Glenn Close) — and who quickly discovers that his actions have horrible, wide-ranging consequences, including an unplanned pregnancy, a crushing wave of guilt, and the violent instability of his would-be fling. Attraction shadowed the plot of Play Misty for Me, and like Jessica Walter before her, Close turned what could have been a shrieking cartoon of a villain into a three-dimensional character audiences could occasionally sympathize with — or be terrified of: the movie did for infidelity what Jaws did for sharks. Though a considerable number of critics had problems with Attraction‘s portrayal of women, most were willing to forgive; in the words of Nick Davis of Nick’s Flick Picks, “the movie’s sexual politics are a little acrid, but its construction is so persuasive and the lead performances so inspired that the film is hard to resist.”

6. Play Misty for Me

Clint Eastwood, toughest of the tough guys, being terrorized…by a dame? The late 1960s and early 1970s were a time of tremendous upheaval for American gender roles, and with his directorial debut, Eastwood proved that stalkers don’t have to have Adam’s apples to be frightening. In what would end up becoming her most well-known role (at least until she surfaced as Lucille Bluth on Arrested Development), Jessica Walter played Evelyn Draper, the mentally unstable woman whose fixation on radio disc jockey Dave Garver (Eastwood) escalates from sort of annoying (e.g. repeated call-in requests for “Misty”) to brutally violent madness. We tend not to expect a whole lot from our thrillers — either they scare us or they don’t — but Play Misty for Me was somewhat groundbreaking; Walter’s nuanced performanced helped pave the way for other female antagonists (such as — foreshadowing alert! — Glenn Close in Fatal Attraction), and Evelyn’s ability to cheat seemingly certain death in the final act went on to become a staple of the genre. Dave Kehr of the Chicago Reader summed up the movie’s charms when he wrote, “Clint Eastwood wisely chose a strong, simple thriller for his first film as a director, and the project is remarkable in its self-effacing dedication to getting the craft right.” 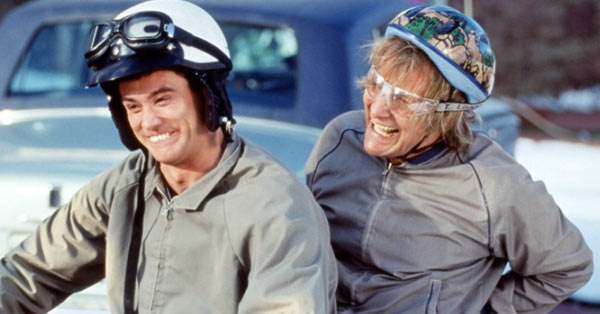