Plus, Earth to Echo echoes too many other movies.

This week at the multiplex, we’ve got a wild road trip with a gal and her grandma (Tammy starring Melissa McCarthy and Susan Sarandon), an alien invasion with a group of young friends (Earth to Echo starring Teo Halm, Brian “Astro” Bradley, and Reese Hartwig), and a series of inexplicable — and possibly demonic — crimes in New York City (Deliver Us from Evil starring Eric Bana and Olivia Munn). What do critics think?

Since her breakthrough performance in Bridesmaids, funny-woman Melissa McCarthy has secured her spot as a leading lady of comedy. In Tammy, which she co-wrote with her husband (and director) Ben Falcone, McCarthy plays a down-on-her-luck woman-child who wrecks her car, loses her job, and discovers her husband is cheating on her — and that’s just in the first 15 minutes. With her profane, beer-swillin’ grandma (Susan Sarandon) in tow, Tammy heads out on a road trip to Niagara Falls, setting the tone for the mishaps to follow by driving south instead of north in Grandma Pearl’s boat-sized Caddy. Critics say that McCarthy’s all-in performance is not enough to elevate what feels like a comedy sketch that accidentally veers into sad territory.

If it weren’t for the tireless efforts of kids everywhere, how would aliens ever get back to their home planets? In Earth to Echo, a group of three precocious boys — Alex (Teo Halm), Tuck (Brian “Astro” Bradley), and Munch (Reese Hartwig) — find their smartphones have gone kerflooey and investigate the source of the problem. They discover a small, adorable, owl-like robot from another planet who they nickname “Echo.” Along with their classmate Emma (Ella Linnea Wahlestedt), Alex, Tuck, and Munch embark on a coming-of-age journey which is part trying to return Echo to his home planet, and part trying to save their home, a Nevada town threatened by a sinister construction company. Pundits say Earth to Echo is too derivative of the 1980s films which inspire it to feel fresh, though children will no doubt find Echo and his adventures delightful.

Deliver Us From Evil

In Deliver Us From Evil, the latest film from Scott Derrickson (Sinister, The Exorcism of Emily Rose), Ralph Sarchie (Eric Bana), a tough-as-nails NYPD sergeant, investigates a series of creepy occurrences in the Bronx. In spite of having near-clairvoyant abilities himself, Sarchie is skeptical that the chilling events in New York City’s basements and zoos might have something to do with the supernatural. Still, he joins forces with Joe Mendoza (Edgar Ramírez), an unconventional Catholic priest, who believes that the horrors of Sarchie’s investigations are really the work of the devil. Pundits say that Deliver Us From Evil is too silly to be scary, and too cliched to work as a police drama. 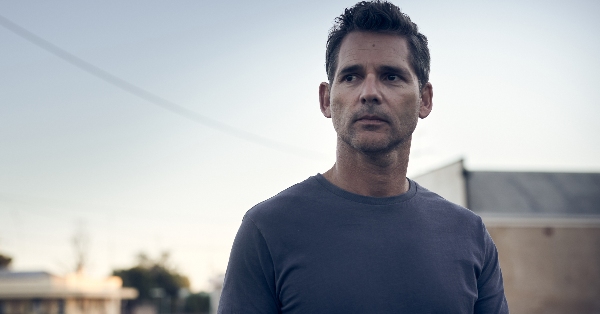