5 TV and Streaming Shows You Should Binge-Watch This July

From What We Do in the Shadows to Harley Quinn, here's what you should catch up on this month.

Looking for something new to comfort-binge this July? Grab an icy beverage, hit the recline button, and kick back as we walk you through five returning series that are well worth your time.

What it is: Taika Waititi and Jemaine Clement re-imagine their 2014 cult comedy film in this off-beat FX series that follows a group of dysfunctional vampire roommates living in Staten Island, New York, doing their best to make sense of the modern world while juggling the many challenges that can come from the supernatural one.

Why you should watch it: The chemistry between cast members Kayvan Novak, Matt Berry, Natasia Demetriou, Harvey Guillén, and Mark Proksch provide regular laughs as the series pokes fun at a wide array of genre tropes. Fans of horror and comedy, take note – this is the show you’ve been waiting for. Season 4 premieres July 12 on Hulu.

What it is: What happens when a family of aliens is forced to leave their planet Shlorp to escape an apocalypse, only to crash land on Earth in Middle America? That’s the question Solar Opposites aims to explore. And it does so with a raunchy, heartfelt, sci-fi flair.

Why you should watch it: Hailing from Rick and Morty co-creator Justin Roiland and Rick and Morty writer and producer Mike McMahon, Hulu’s animated hit taps into the off-beat humor viewers have come to expect from Roiland and team. As Korvo, Terry, Yumyulack, and Jesse acclimate to their new surroundings, a wonderfully weird adventure reveals itself. Season 3 premieres July 13 on Hulu. 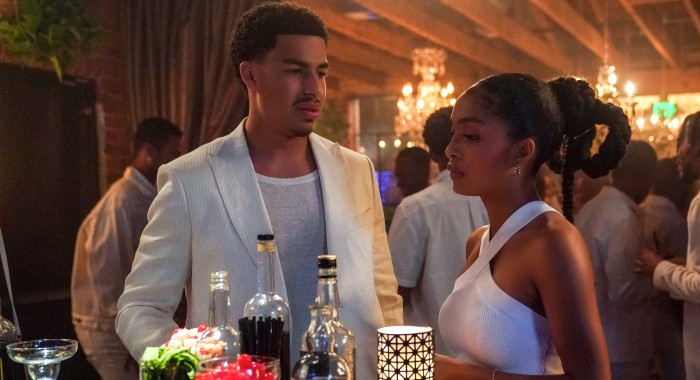 What it is: The spinoff off of ABC’s Black-ish follows Zoey as she leaves the nest and transitions to college life where she encounters a whole new array of experiences – sex, drugs, and relationships, oh my! – in this contemporary take on the issues facing students and educators in the complicated world of higher learning.

Why you should watch it: Utilizing the same narrative stylings as its predecessor, Grown-ish uses the voiceover narration of its lead, the wonderful Yara Shahidi, to continue exploring timely cultural issues through a Gen Z perspective. Season 5 premieres July 20 on Freeform.

Where to watch it: Freeform

What it is: Here’s what this isn’t: a sequel or reboot of Disney Channel’s High School Musical movie. What we have here, instead, is is a mockumentary style TV show about a high school that is putting on their own musical stage production of the film. Set in a fictional version of East High, the actual school where the real High School Musical was shot, the series flips the script on the beloved franchise in this irreverent, loving, and very meta re-imagining.

Why you should watch it: Creative, funny, and on-brand, the program pays respect to the movies that came before it while never taking itself too seriously. Oh, and it’s still a musical. Season 3 premieres July 27 on Disney+.

Where to watch it: Disney+

What it is: This isn’t Margot Robbie’s Harley Quinn, and that’s not necessarily a bad thing. In this adult (and we mean adult) animated take on the fan favorite DC character, Harley ventures out on her own with the goal of achieving supreme villainy after finally cutting ties with the Joker.

Why you should watch it: Packed with fun vocal performances by Kaley Cuoco (as Harley), Lake Bell (as Poison Ivy), Tony Hale (as Dr. Psycho), Ron Funches (as King Shark), and Alan Tudyk (as Joker), the result is a a razor-sharp mix of smart writing, unflinching storylines, and dirty jokes aplenty. Season 3 premieres July 28 on HBO Max.

Where to watch it: HBO Max