14 TV Shows You Should Binge-Watch This September

It may feel like summer just got here, and while we hope you enjoyed your time lazing in the sun, it’s already time to dust off that couch and park it for fall TV. There is so much great new and returning series coming in September — check out Rotten Tomatoes’ Fall TV guide for the full breakdown — that we limited this month’s Binge Guide to those select programs that are Certified Fresh. Find out what you should catch up on below! 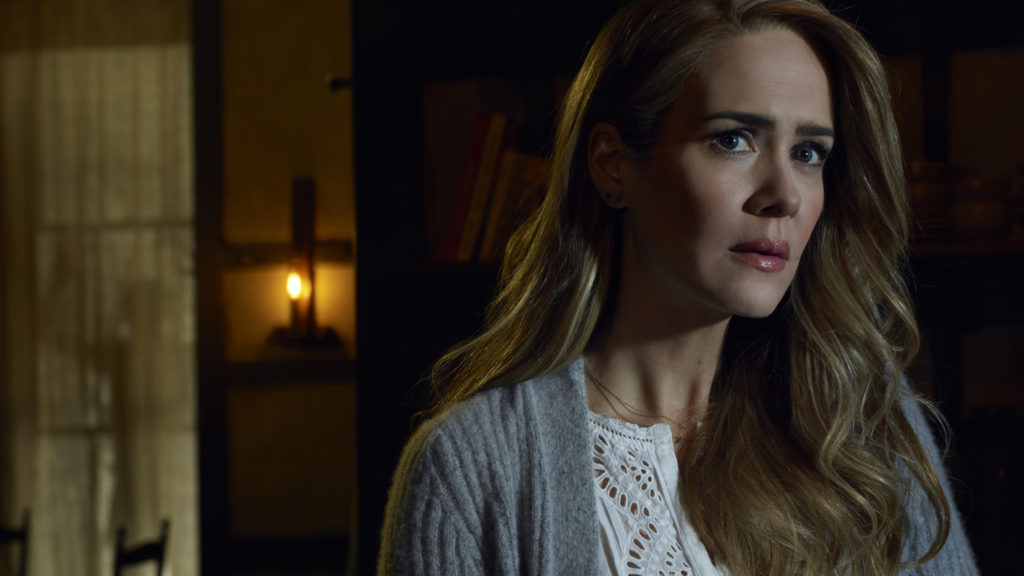 What it is: The 2016 presidential election of Donald Trump serves as the launchpad for season 7 of Ryan Murphy’s horror series. Set in Michigan, Ally (Sarah Paulson) is wracked with anxiety over the new leader of the free world while clown cult leader Kai (Evan Peters) feeds on others’ unease and fear. The mind games of American Horror Story: Cult begin on Tuesda, September 5.

Why you should watch it: Sure, Ryan Murphy’s Emmy-winning anthology series is just that: an anthology. But considering the showrunner has gone on record several times at this point claiming that each season is connected, why not catch up on the madness of seasons 1–6 before Cult hits your queue? We’re sure you’ll find some Easter eggs to keep those fan theories churning along the way. 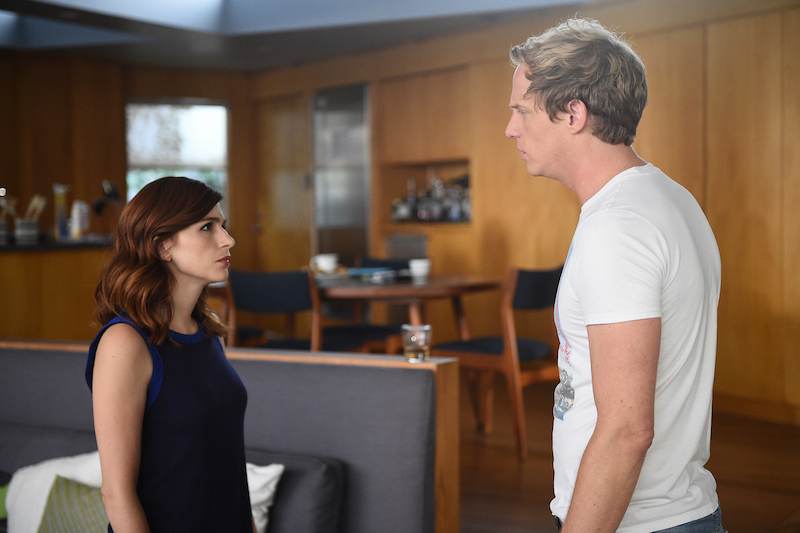 What it is: This dark comedy from creator Stephen Falk is the love story of Jimmy (Chris Geere) and Gretchen (Aya Cash), two world-weary, self-destructive cynics who want anything but to fall in love — until they do.

Why you should watch it: We love our prestige drama anti-heroes as much as the next guy, but the kind of distinctly unheroic antics our lovebird heroes get into with You’re the Worst is enough to make Don Draper blush. This FXX comedy is about as real as it gets, no joke. Season 4 premieres September 6. 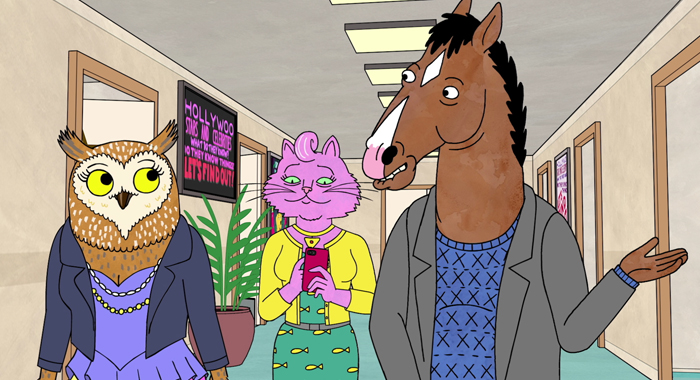 What it is: BoJack Horseman (voiced by Will Arnett) was once the hottest horse in town, star of a hit sitcom and riding high in Tinseltown. Fast-forward 20 years, though, and he’s a depressive has-been — and our titular protagonist of this hit Netflix comedy.

Why you should watch it: It’s not often that an alcoholic horse and a fictionalized Hollywood full of as many flawed humans as talking animals teaches you about yourself, but, well, this one does — trust us! While it’s an acquired taste for any viewer, there’s reason BoJack’s blend of pitch-black humor and weighty human circumstance has gained such a cult following over the last three seasons. Catch up before season 4 premieres September 8. 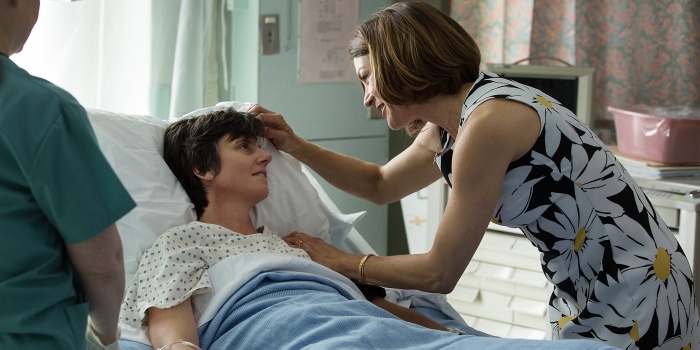 What it is: The death of a parent doesn’t sound like comedy fodder, but following in the footsteps of auteuristic comedy creators like Louis C.K. (who’s attached here as executive producer) and with an assist from series showrunner-creator Diablo Cody, comedians’ comedian Tig Notaro navigates the tragic with an ironic wit.

Why you should watch it: Comedians often mine their personal biography to find the universal humor in their mistakes and missteps, but very few do it quite as elegantly and matter-of-factly as Notaro. She burst onto the scene after her Live comedy set, which charted the death of her mother, the breakup with her girlfriend, her increasingly declining health, and then — just days before the show was recorded — her breast cancer diagnosis. One Mississippi starts at the beginning of that hellish year with the death of the person who knew her best. And yet, Notaro finds a way to make us laugh or at the very least smile in knowing recognition the whole way through. Season 2 premieres September 8. 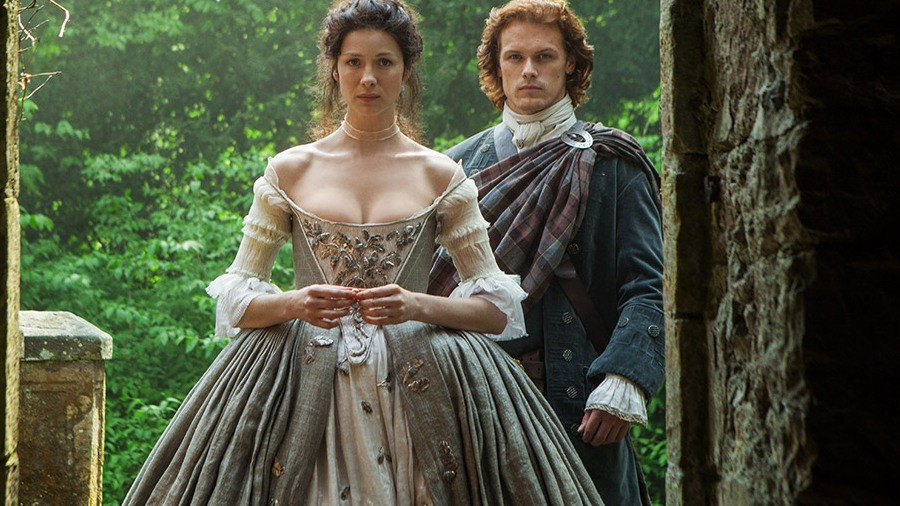 What it is: Based on the hit fantasy novel series from author Diana Gabaldon, Outlander is the story of World War II nurse Claire (Caitriona Balfe) who is inexplicably transported back in time to 18th-century Scotland, where she is quickly swept up in the drama and romance of Highland warrior Jamie Fraser (Sam Heughan), despite being a married woman in her own time to Frank (Tobias Menzies).

Why you should watch it: Fantastical in spirit and in entertainment value, there’s little to dislike about this lavish Starz series. Fine performances and — ahem — titillating character arcs have wrapped audiences in a frenzy of “who will she choose” debate unseen since Twi-hards of yore. This time, though, the series in question has the scripts, direction, and overall production value that’s worthy of the fawning, too. Season 3 premieres September 10. 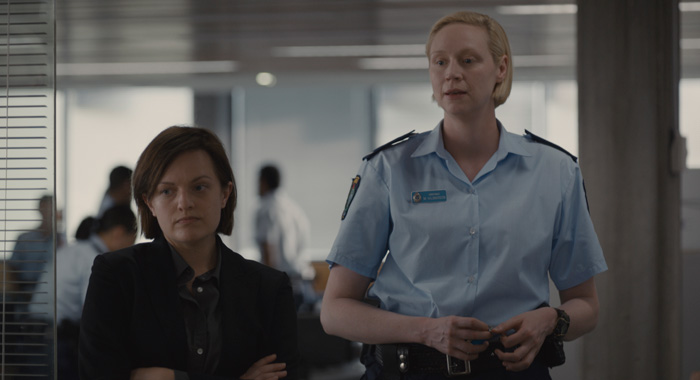 What it is: Detective Robin Griffin (here played by Elisabeth Moss) nearly gets in over her head in Top of the Lake season 1, which follows the complex and complicated woman as she investigates the disappearance of a pregnant 12-year-old girl in a small New Zealand town.

Why you should watch it: Upon its premiere in 2013, Top of the Lake was one of the television projects that helped herald in an era of Peak TV — and with Moss, its reigning queen. Plus you know you’re in good hands with an Oscar-winning filmmaker like Jane Campion at the helm. The much-anticipated second installment of the series costars Gwendoline Christie and Nicole Kidman and premieres on September 10. 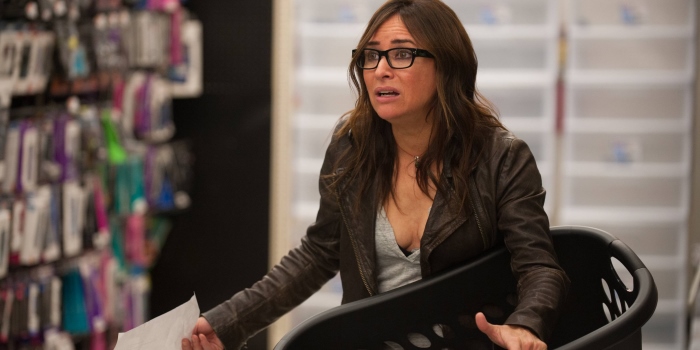 What it is: This semi-autobiographical series from longtime character actor Pamela Adlon depicts the trials and tribulations of being a working actor in the City of Angels while juggling single motherhood.

Why you should watch it: Thank god for Pamela Adlon. Forever a scene-stealer in everything from Louie to Boston Legal to The Big Bang Theory (plus a smattering of voice actor gigs on TV’s biggest toons), it was only a matter of time before she got her due with a series of her own. And now she’s got the Emmy nomination to prove it all worthwhile. See what the buzz is about before season 2 premieres September 14. 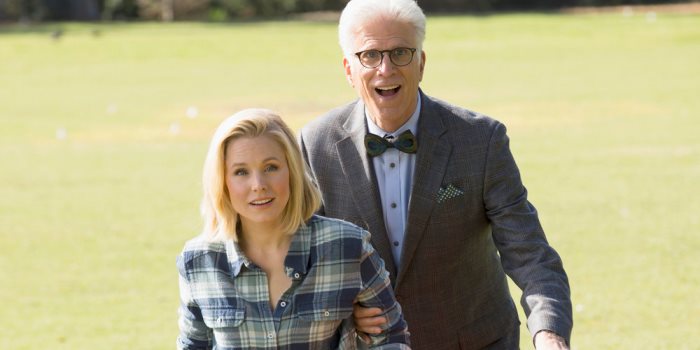 What it is: Talk about a creative spin on the afterlife! Kristen Bell stars as the recently deceased Eleanor Shellstrop, who by some glitch in the system ends up in the “Good Place,” a utopian haven for those who served their lives on Earth with grace designed by Ted Danson’s Michael. Thing is: Eleanor doesn’t actually fit the bill of admittance and has to keep her righteous new friends fooled if she wants to stick around.

Why you should watch it: The Good Place is last season’s new network comedy that leaves us tickled to this day. An always-charming Bell and TV royalty Danson play off of each other in a way that—what the fork!? — simply works! We can’t wait to see the good places they take us come Season 2’s September 20 premiere.

What it is: Jill Soloway’s acclaimed family comedy is much more than clever wordplay. This affecting story of a father, Mort Pfefferman, who comes out as transgender and begins transitioning as Maura is about the transitory nature of life for all members of the Pfefferman clan (and, yes, the importance of being honest and transparent with those you love as well as with yourself).

Why you should watch it: Transparent is unlike anything you’ve ever seen on TV. While that’s of course in part due to its subject matter, which unequivocally helped bring transgender visibility to the screen and trans rights to the national conversation, it’s also due to the quiet brilliance of its players (including Jeffrey Tambor and Judith Light) and behind-the-camera creators. Season 4 premieres on September 22. 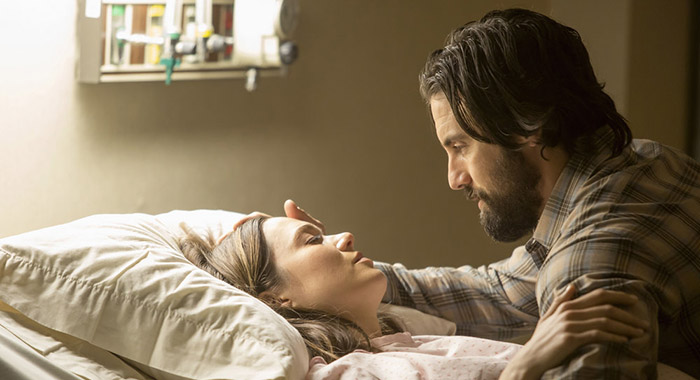 What it is: Dan Fogelman’s hit family drama tells the story of siblings Kate, Kevin, and Randall in the present day while recounting their parents’ Jack and Rebecca’s own story through pregnancy and raising them in the early-to-mid 1980s.

Why you should watch it: Not since Parenthood has a network drama so broadly tackled the nature of family and the personal contradictions and complications the riddle its individual members with such emotional gravitas and precision. Told with creative narrative devices and a bevy of excellent ensemble performances, This Is Us earns its praise (and your tears). Already picked up for season 3, catch up on the series’ first round before season 2 premieres September 26. 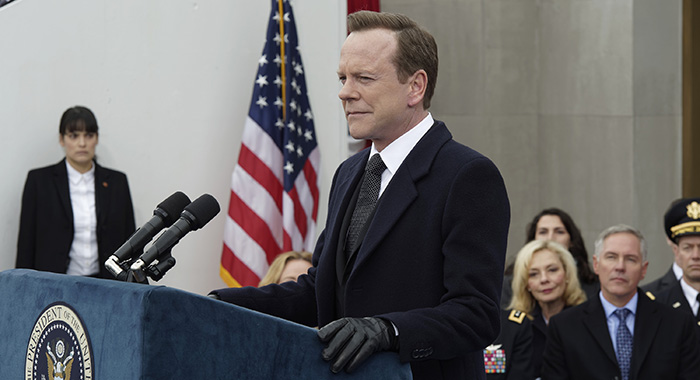 What it is: David Guggenheim’s political thriller imagines what would happen if an entire presidential administration was killed in one fell swoop and the low-ranking cabinet member tapped as designated survivor (a true-life position here played by Kiefer Sutherland) was sworn in as leader of the free world.

Why you should watch it: This network drama marks a welcomed return to TV for Sutherland, who, as the titular survivor Tom Kirkman, holds no prisoners as a man between a rock and hard place. Paired with crackling scripts and an excellent ensemble, Designated Survivor is a mile-a-minute thrill-ride and a worthy follow-up to 24. Season 2 premieres on September 27. 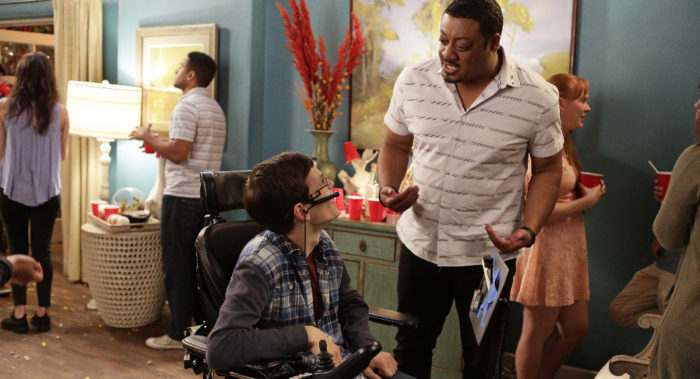 What it is: Scott Silveri’s ABC comedy centers on the DiMeo family who comes together to aid eldest son and sibling JJ, a high schooler with cerebral palsy.

Why you should watch it: Speechless is the rare family dramedy that’s actually great viewing for the whole family. The inspiring story of the power of blood and the ties that bind has as much pathos as it does humor, and it’s further bolstered by a never-better Minnie Driver as mama bear Maya. Season 2 premieres on September 27. 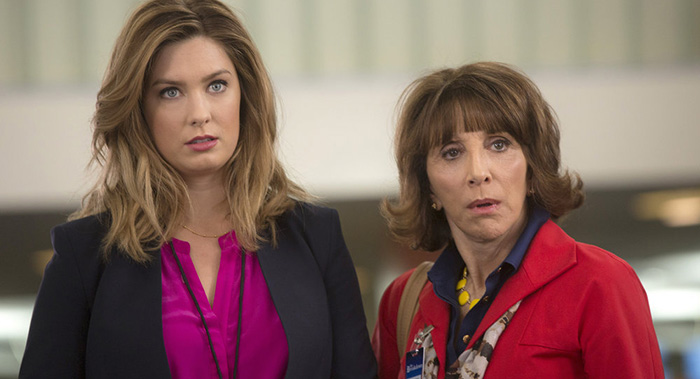 What it is: Executive produced by comedy heavyweights Tina Fey and Robert Carlock, this newsroom satire puts its own sitcom-y spin on what we’ve already seen when wunderkind news producer Katie Wendelson (Briga Heelan) is met with the one breaking news story she doesn’t know what to do with: the arrival of her mother as the station’s new intern.

Why you should watch it: We’d watch screen and stage vet Andrea Martin read the phonebook. Thankfully, though, she’s given much more to do here as mother-turned-intern Carol Wendelson. She makes 30 Rock and The Mindy Project‘s Tracey Wigfield’s words sing (and makes us laugh ourselves silly). Season 2 premieres on September 28. 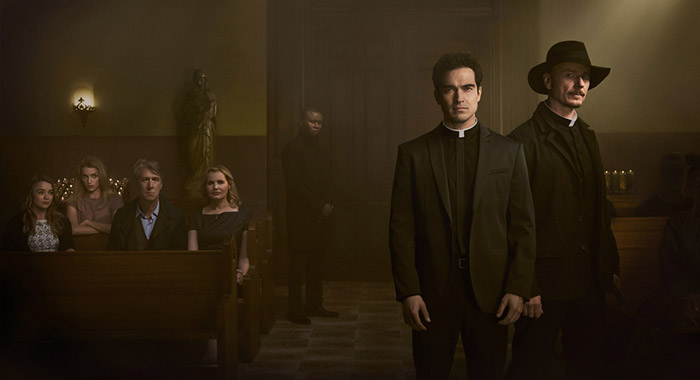 What it is: Remakes, reboots, and long-awaited sequels are now old-hat in Hollywood, but it is only every once in awhile that it gets done right. The Exorcist is one such case. It now looks slated to also get in on the anthology-television craze, with season 2 following a new possession with the same priests presiding.

Why you should watch it: Ryan Murphy no longer has exclusive rights to horror on American TV; The Exorcist season 1 scared the heck out of us! While it gets the frights right, it also allows for an expansion and exploration of the world created in the classic 1973 feature with a back-to-form Geena Davis sitting drivers’ seat. Season 2 premieres on September 29. 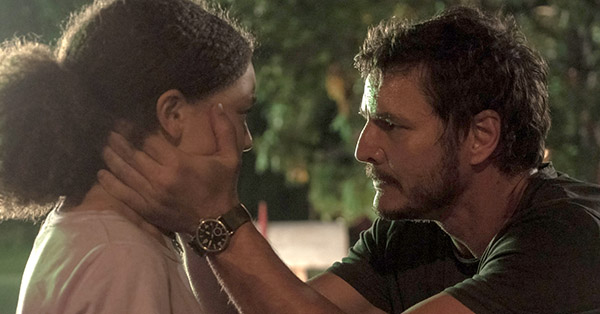