Not in the mood for the same old princesses, superheroes, or galaxies far, far away? We've got some suggestions for you.

The infamous Disney vault has been thrown wide open now that Disney+, the studio’s new streaming service, has officially launched. With all of its new original series and movies, as well as a whole lot of classic movies and TV shows from Pixar, Marvel, Star Wars, and even National Geographic, there is now more content than ever that you still won’t have time to watch.

While the biggest draw to the streaming service is the number of original shows like The Mandalorian and the future Marvel series, what do you do once you’re caught up or finished with those? Do you re-watch Boy Meets World for the 100th time? Or do you venture beyond the classics to see the movies they wanted you to forget about?

In addition to all of the vintage Disney cartoons and acclaimed adventures, there is a wealth of oddities lurking on Disney+, including well-known curiosities like Operation Dumbo Drop and Return to Oz. If you’re looking for some alternatives to the big-budget blockbusters and popular feature films, we’ve put together a list highlighting some of the weirdest options you can stream on Disney+ right now.

100 Best Movies on Disney+ | All Disney+ Originals by Tomatometer 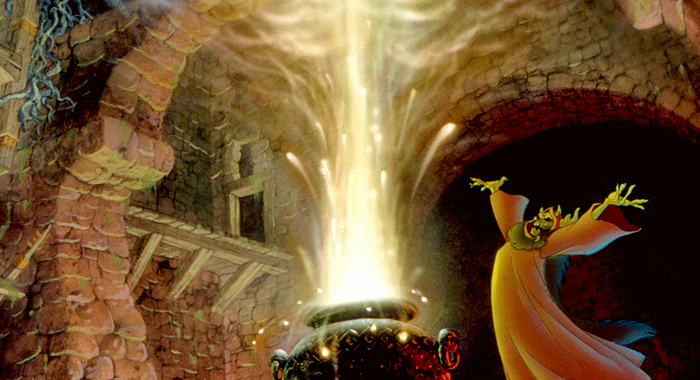 A rare Disney animated film that is both very ambitious and shockingly dark, The Black Cauldron begs for a live-action adaptation. Though not as well known as other Disney classics, this dark fantasy film has one of the most terrifying Disney villains and some of the best animation in a Disney film (and it was the studio’s first film to incorporate some CGI). Originally, the film received a mixed reaction due to its departure from the Disney formula of its time, which makes this the perfect film to rediscover on Disney+. Cinemaphile’s critic David Keyes wrote that the film “serves a purpose in reminding us that even today’s animation can’t compare to the brilliance that hand-drawn animation offers its audience.” 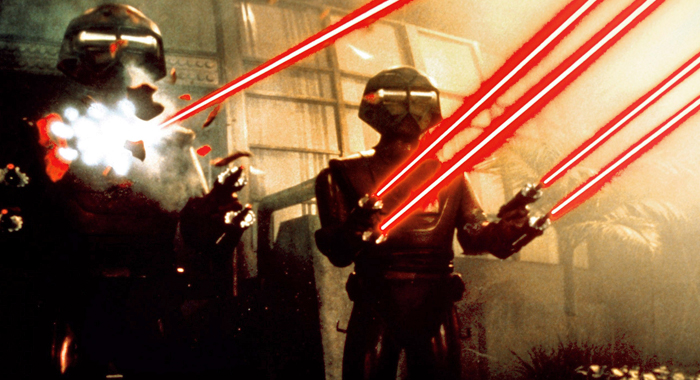 The Black Hole is one of the forgotten sci-fi films that came in the wake of the original Star Wars, only this was more of a disaster and horror film with a Dante’s Inferno vibe than a traditional Disney film – and it was the studio’s first movie released with a PG rating. It features then-cutting-edge special effects, a star-studded cast (including Robert Forster and Anthony Perkins), and a dark story that isn’t common in Disney movies anymore. David Cornelius wrote for eFilmCritic that it “ranks among the very best films to come from the post-Star Wars sci-fi boom.” 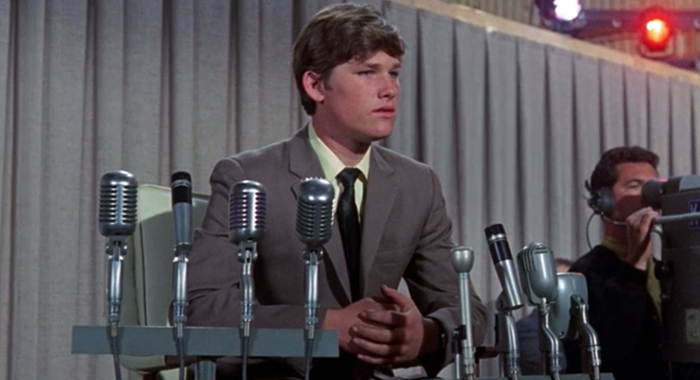 Long before he played iconic action heroes in the 1980s, young Kurt Russel was the star of a bizarre series of movies for Disney. These movies followed his character, affable college student Dexter Riley, in a series of ridiculous adventures. The first of them was The Computer Wore Tennis Shoes, in which Dexter accidentally becomes a human computer after being electrocuted. What does he do with this power? Well, help his quiz team reach the nationals while he unwittingly helps bust a gambling ring, of course! It’s a funny comedy carried by Russell’s innate charisma, which was enough to make him return for two sequels that saw Dexter fall victim to further freak accidents. 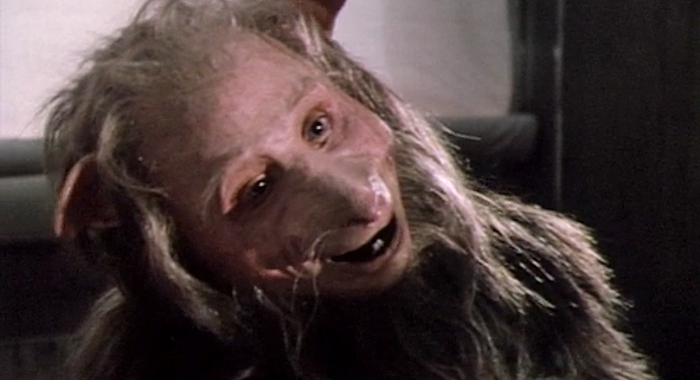 Remember when kids movies were the stuff of nightmares? Fuzzbucket remembers. Fuzzbucket is clearly a blatant attempt to capitalize on the success of E.T. and ALF, only without the cutesy friendship of the Spielberg movie or the weird sarcasm of the puppet-powered sitcom. Visually, Fuzzbucket is something of an abomination, but he still becomes best friends with a young boy named Michael. The twist? He can turn invisible, so for most of the movie, the characters think Michael is talking to an imaginary friend. Fuzzbucket is a bizarre, yet funny, and at times even heartfelt movie that will still haunt your nightmares. 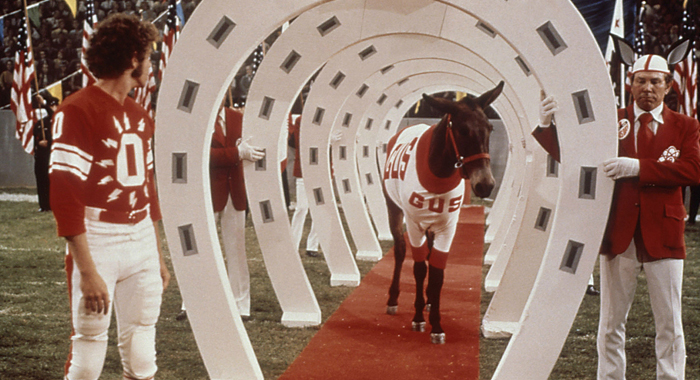 Back in the 1970s, Disney was all about Don Knotts playing oddball characters in comedies, but no movie of his had a premise as off kilter as Gus. Before the endless Air Bud movies put a golden retriever at the center of every sport imaginable, this film made a mule the best football player around, even taking his team to the Super Bowl. With an inspiring message and a cast that manages to play the whole thing straight, this is a Disney movie you have to see to believe. Writing for Common Sense Media, Randy White declared that “kids will get a kick out of this mule tale.” 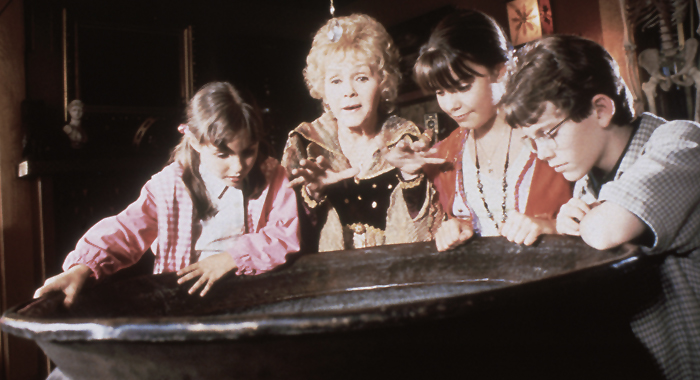 Before Harry Potter sent readers to a school of witchcraft and wizardry, a Disney Channel movie sent us to Halloweentown, a surreal fantasy that introduced many kids to the wonders of horror and practical monster effects. The story follows a 13-year-old girl who discovers she comes from a family of witches, and who has to fight an evil that threatens to destroy the titular town, where all sorts of monsters live in harmony. Variety critic Laura Fries wrote, “What separates this original pic from the usual Halloween fare is that it captures the spirit of a holiday designed for kids. It’s sweet and fun, but too much could definitely give you a stomach ache.” The movie not only has a great kid-friendly horror atmosphere, but it also stars the late, great Debbie Reynolds as an inspirational witch, and there are three sequels all on Disney+ to boot. 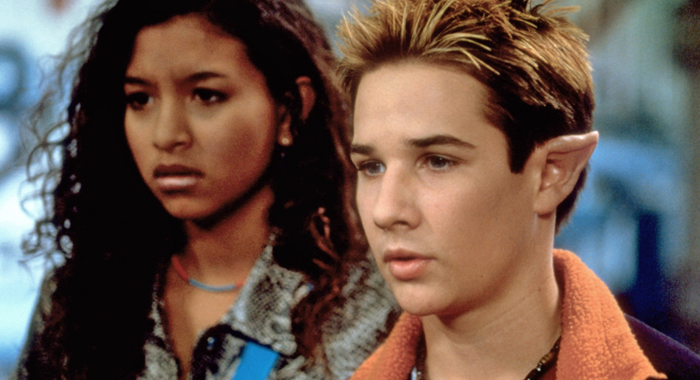 The Disney Channel was full of genre movies with crazy concepts. One of the best one is about a junior high basketball star named Kyle who happens to be extremely lucky in life. When he tries to look into where his family comes from for Heritage Day, he discovers that he has roots in Ireland, and also that he is slowly turning into a leprechaun because someone stole his lucky gold coin. What comes next is a wacky, funny, and heartwarming story of the importance of diversity and how history shapes who we are. 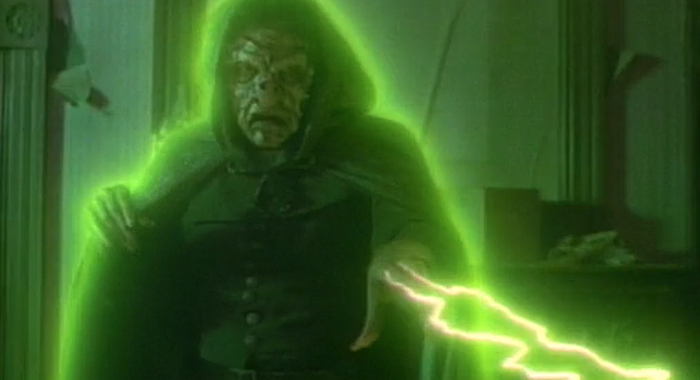 A novelty salesman moves his family to a town called Lucifer Falls (red flag, anyone?) and discovers that their new home is haunted. This made-for-TV movie was a rare horror film made by Disney that served as a gateway horror for many kids, and featured one of the ugliest and scariest ghosts ever to appear in a family-friendly film. Come for the horror, stay for Mimi Kennedy’s fantastic performance as the mother who tries to invite a ghost in for coffee. As critic Rachel Wagner of Rachel’s Reviews said, “I think you’ll have a really good time with your family watching Mr. Boogedy.” 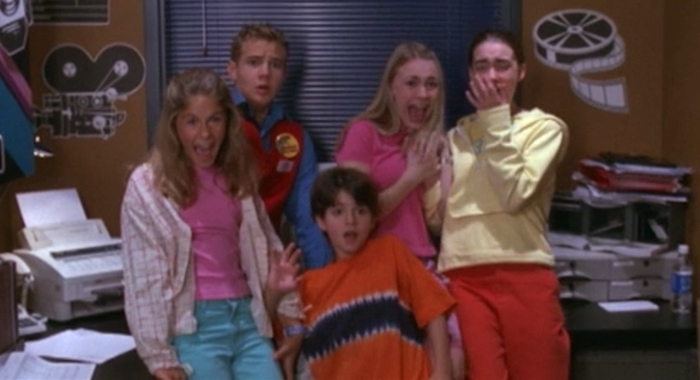 What if Phantom of the Opera was remade for kids and set in a movie theater? The Phantom of the Megaplex, another Disney Channel original movie, has something for everyone. Horror fans will enjoy the nods to the classic Universal movies, kids will laugh at the jokes and the zany characters, movie and TV fans will appreciate the addition of Mickey Rooney to the cast, and movie theater employees new and old will instantly connect to the real horrors that the protagonists go through. Cinema Crazed’s Felix Vasquex Jr. wrote that it’s “an unusual but entertaining DCOM that really does have its heart in the right place.” 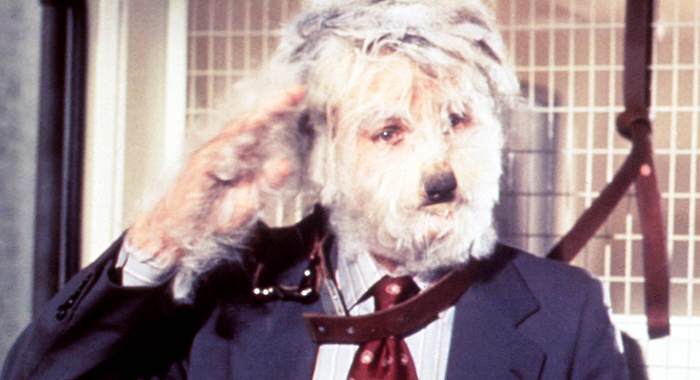 Made 17 years after the original The Shaggy Dog, this sequel features a lawyer who suddenly transforms into a dog while on the campaign trail for District Attorney. Honestly, its tagline — “The only candidate with a law degree and a pedigree” — should be enough to pique your interest, but the ridiculous dog costume and Dean Jones’s over the top performance are likely to seal the deal. 7 Pictures’ Kevin Carr wrote, “It’s a goofy story, and it’s far from a brilliant movie, but The Shaggy D.A. is a fun romp for a family to watch.” 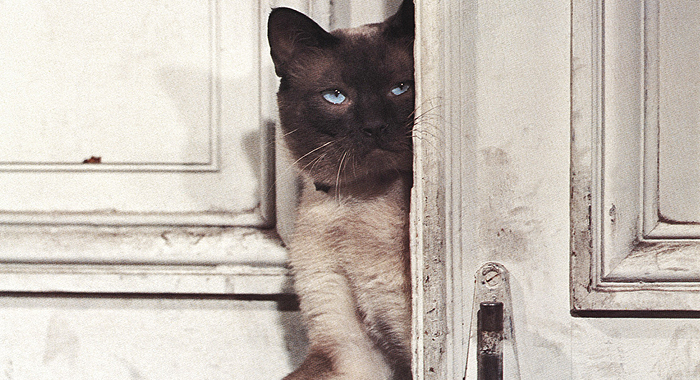 Have you ever tried catching bank robbers with nothing but a Siamese cat as your lead? Welcome to That Darn Cat!, which follows the misadventures of two FBI agents tasked with following the only witness to a hostage situation – a cat – to try and locate the thieves’ hideout. Come for the ridiculous premise, stay for one fantastic four-legged actor and a Sherman Brothers-written title song. Time Out critic Trevor Johnston wrote, “The two legged cast play second string to the marvellous moggie.” 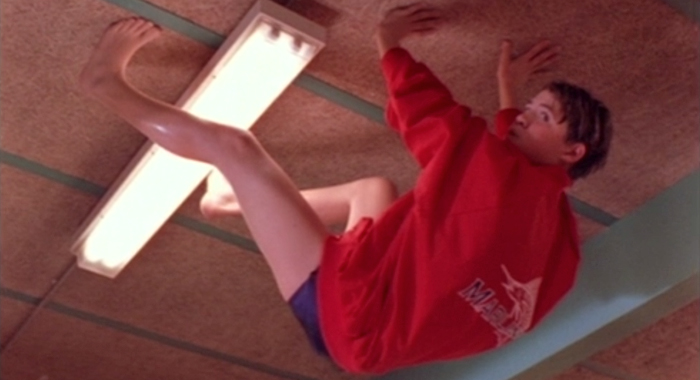 After Splash got nominated for an Oscar and The Little Mermaid jumpstarted the Disney animated renaissance, Disney decided to continue its mermaid tradition, only cheaper and made for TV. The result was The Thirteenth Year, the story of a teenage boy who was abandoned by his birth mother – a mermaid – and was raised by human parents. When he hits puberty, he grows gills and becomes a great swimmer, but he also somehow inherits the ability to climb walls and control electricity. The Thirteenth Year is a charming coming-of-age story that also gets very close to being a Spider-Man movie.