From Jaws to 28 Weeks Later to Final Destination 2, there's no hiding from the horror!

Director Ari Aster unleashes Midsommar this week, his follow-up to breakout debut Hereditary, the family shocker made very much in the horror tradition of dark corners, black nights, and creeping shadows to conjure up scares. Midsommar, set in remote Sweden during a flower-dressed festival, is designed as an anomaly: A gruesome horror movie that allows all its gore and brutality to curdle in open, bright daylight. There’s no hiding away in this one, folks, inspiring us to offer up our own selection of the 11 scariest scenes where the blood shines bright as the sun. 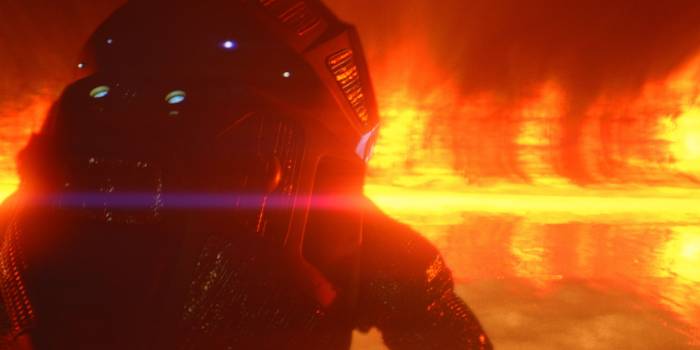 Here’s a movie that turns up the heat — literally — as a space crew treks with a nuclear payload to reignite our dying sun. A monumental task for those onboard the Icarus II, but the real danger takes on a more human face when they encounter the derelict Icarus I, which disappeared on the same mission seven years earlier. Sunshine morphs into a sun-bright slasher in its third act, a contrast to the earlier somber psychological tone, but director Danny Boyle tackles the shift with zest, challenging himself to pull the knife out of shadows and into retina-searing white light. 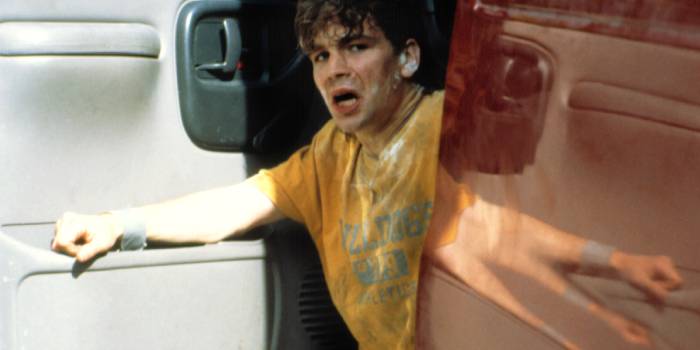 A condemned asylum. Inside: clattering chains, disturbed wheelchairs, and crumbling wards. A group of people enter to clean up the place, some who harbor dark histories. Sound like a set up for classic dark and stormy Gothic tale? Not so with Session 9. What kind of clean up crew would work at night? Come on, this is a horror movie: Logic is king here. A slow atmospheric burn with minimal gore until its final minutes, but even when things go to hell, the blood is bathed in New England sun.


Time for a victory lap: Hop into the convertible on this bright school morning having vanquished the tormentor of fatal dreams, turn around and wave goodbye to your mom standing on the porch. Suddenly, the top slams down and the car peels down the street, as mama is sucked through the front door window. The nightmare has only just begun. The original Friday the 13th‘s Jason Voorhees made the last-second jump scare a mandatory inclusion for ’80s slashers and beyond. Freddy Krueger may have perfected it.


John Carpenter’s classic did a lot of things right. Gave us a classic creepy synth score. Destroyed suburbia’s manicured image as a stronghold of safety and comfort. And it rolled out the red carpet to let masked killer Michael Myers to wander and stalk his prey in broad daylight. The shot of Myers staring up at you from among the billowing laundry sheets hung to dry in the yard remains an iconic and violating image.


The Carter family is subjected to a litany of brutal terror over the course of 24 hours. During the initial day, they’re led off-road and their car gets mangled in the desert. The family separates in search for help. A dog gets gutted. The gas station attendant commits suicide. And always mutants are watching them from afar in the brush and rocks, leading to a long night of crucifixions, immolation, rape, murder, and baby-snatching. And then the next day, the cannibals feast on sun-cooked flesh. It’s a torturous chain of events that transforms the remaining Carters into out-for-blood hunters in a highly questionable, deeply satisfying revenge ending.


You knew director Wes Craven wasn’t fooling around when he killed off know-it-all cinebuff Randy, portrayed by Jamie Kennedy as someone as smart and cynical as the audience. How could he have fallen for the afternoon masked killer in the local news van with noisy nearby breakdancers? Oldest trick in the book! But it’s also series’ most shocking homicide outside of Drew Barrymore’s, the one that tells the oh-so-smart audience that no one was truly safe. The Arquettes, Courteney and David as Gale and Dewey, frantically search for the killer in the college square by accosting students with their new-fangled mobile phones, presenting on screen when awful taunting calls escaped the constraints of landlines and curly cords, and into a new world of free-roaming terror. 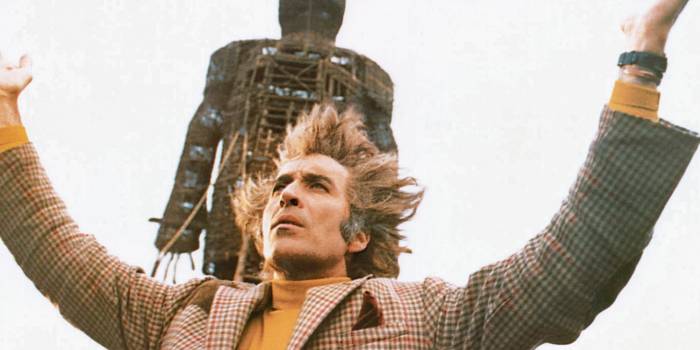 Midsommar owes a blood debt to this provincial classic: the unsettling tale of an uptight Christian cop investigating a young girl’s disappearance on an island of decadent mystic pagans has thematic and visual parallels to Aster’s film. Likewise, nearly the entire movie is set during the day among verdant nature and maypole celebrations and foreshadowing musical rhymes that seem to follow the officer everywhere he goes. It’s far too late when he realizes the true nature of his work, leading to a fiery climax in the friscalating dusk light.

Some of the best horror wedges its way into the normal, degrading the routine and humdrum into a morass of paranoia and fear. Final Destination 2 does that with the daily morning commute, because what could be more humdrum than getting in our 1,000 lb. metal husks every day, navigating them manually down the road as cars careen towards us in the opposite direction separated only by capriciously painted lines on the ground? Suddenly, something as innocent as a flatbed of loose tree logs becomes a rolling thunder revue of broken windshield, splattered heads, and Michael Bay–style auto explosions.

28 Days Later‘s famous opening features calm shots of the hero wandering an empty London metropolis depopulated by zombies — moments we would consider eerie, almost beautiful, but not scary. 28 Weeks Later takes the opposite approach. It’s set in the countryside, as a band of infected descend upon defenseless survivors. The camera is in your face, the footage choppy and frantically (but not confusingly) edited, save for a gliding crane shot as our new “hero” flees across the field and towards a waiting river boat. The fact that he just abandoned his wife to the zombies moments earlier contribute to the gut-punching bleakness of the situation. Now that we consider scary. 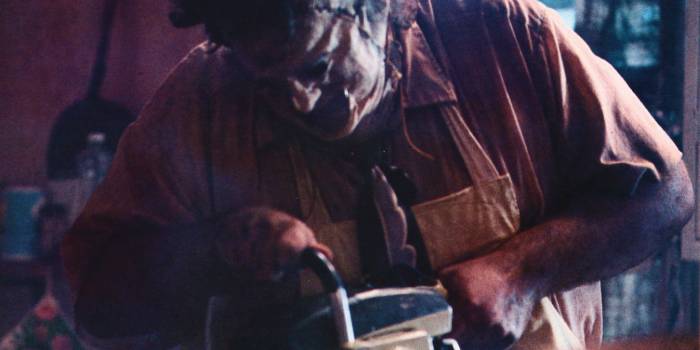 Like a rusty chainsaw, Tobe Hooper’s horror masterpiece takes a moment to rev up. But once it gets going, the movie is relentless, grinding down the viewer’s endurance up until the famous ending of Leatherface cutting the rising sun light in boiling anger. It’s a great final appearance, but his first introduction is even better. Hapless travelers, in search of gas for their thirsty boogie van, approach a piquant homestead, oblivious that its inhabitants are cannibal freaks who have no qualms doing their dirty deeds in daylight. Leatherface suddenly appears from out of a hallway, smashes his victim’s head in with a hammer as the body crumples and twitches on the ground, and then slides the slaughterhouse door shut. Looks like meat’s back on the menu, boys!


The scene that made a generation of filmgoers terrified of open water. It’s immaculately crafted pop horror and it still works today. Steven Spielberg uses a collage of beach crowd noise and throngs of people innocently rising to disorient the viewer, telling us to be just as alert as Roy Scheider’s police chief. Spielberg famously had to use every filmmaking tool he knew to overcome critical obstacles like a malfunctioning shark, and here heightens and stylizes reality as Jaws approaches the beach. A split diopter lens shot puts an obtrusive face and a possibly drowning distant swimmer in equal focus. A dog is discovered missing. We get that terrifying first-person viewpoint as Jaws picks his victim, and the incessant John Williams theme building on the soundtrack. Then a dolly zoom as terror dawns on Schieider’s face. A geyser of blood erupts out in the ocean as pure pandemonium breaks out, and a frantic mother loses her son. It’s a powerful scene in how powerless it makes a man of law feel against a force of nature.