Stranger Things, Orange Is the New Black, Veronica Mars, and more series are among the month's top binge TV offerings.

Two of Netflix’s biggest titles are returning this month for a summer binge — and that’s just the half of it! With the reboot of Veronica Mars on Hulu, the final season of Suits on USA, and Sarah Jessica Parker still charming away on HBO, there’s plenty to keep us busy in front of the small screen. Catch up on it all below.

What it is: After reaching household-name status and everygirl envy on Sex and the City, Sarah Jessica Parker makes her way back to prestige TV’s small screen with Divorce, where she stars as Frances, a middle-aged mother and beleaguered wife to Robert (Thomas Hayden Church), who, after having an affair, realizes they’d both be better off without having a ring on it.

Why you should watch it: Parker has always been a fine actress, and she puts her well-practiced on-screen skill set to excellent use here, mining creator Sharon Horgan’s (Catastrophe) emotionally hefty and darkly humorous scripts with empathetic aplomb. Season 3 premieres July 1 on HBO.

What it is: A dark mystery overtakes a rural Indiana town when the young Will Byers goes missing and a young girl with a shaved head and telekinetic abilities appears. Something sinister and supernatural has come out to play — and that’s just the pilot! So buckle up.

Why you should watch it: It was the synth-laden soundtrack heard ’round the world three summers ago when Stranger Things dropped out of nowhere onto Netflix and took us all by storm. A back-to-form Winona Ryder, career-best David Harbour, and breakout stars by way of all its kids (but particularly Emmy nominee Millie Bobby Brown) are pitch-perfect and paired with plenty of ’80s-era horror nostalgia to make you want to watch this series again and again — and there ain’t nothin’ strange about it. Season 3 streams July 4 on Netflix.

What it is: Set in 1763 London, Hulu’s Harlots charts the lives of sex workers in two warring brothels, one led by Margaret (Samantha Morton) and the other by Lydia (Lesley Manville). The series, from creators Alison Newman and Moira Buffini, is a period drama inspired by the true-life accounts documented in The Covent Garden Ladies by Hallie Rubenhold, but don’t let its nonfictional nature bore you: Harlots is more juicy than dry.

Why you should watch it: Harlots is so much more than a show about sex — in fact, that subject is met with less titillation and more sterile professionalism. It instead subs in rich and complex characters, mostly women, and a backdrop that allows for explorations of gender and class in 18th century England. Furthermore, Oscar nominees Morton and Manville get the chance here to showcase just why they’re both widely considered British acting royalty. Season 3 premieres July 10 on Hulu.

Where to watch it: Amazon, Hulu

What it is: Created by the late John Singleton, Eric Amadio, and Dave Andron (the latter of whom serves as showrunner), Snowfall follows in the footsteps of other FX dramas like Atlanta in that it tells the story of an ostracized community in ways that we haven’t seen before — this time by dramatizing the rise and breakout of the first crack epidemic in 1984 Los Angeles and its greater impact on American culture at large.

Why you should watch it: As riveting as it is eye-opening, this street crime series pulls no punches in its portrayal of the drug trade and its implications in both micro and macro spheres. Startling performances from its ensemble of relative newcomers also bring us into a world that until now has been left off narrative television — and they keep a hold on us there. Season 3 premieres July 10 on FX.

What it is: Fans of period drama from the other side of the pond will have plenty to sink their teeth into with Grantchester. All is not as it seems in the series’ titular village, and clergyman Sidney Chambers (James Norton of the excellent Happy Valley) is caught in the middle, balancing his faith and obligatory duties while investigating a series of crimes in the area.

Why you should watch it: Based on James Runcie’s book series and adapted for the screen by Daisy Coulam, this U.K. transfer from ITV has drama to spare. While at face value it may seem like the prim and proper British drama, underneath this clerical collar are festering secrets and dark pasts that bubble to the surface over the course of Grantchester’s hour-long episodes. Each season is only six installments, so there’s plenty of time to binge and catch up before season 4 premieres July 14 on PBS.

What it is: Creator Aaron Korsh struck gold in 2011 with this popular legal drama — and it’s got nine acclaimed seasons to prove it! The premise is simple: Mike Ross (Patrick J. Adams) is a law school dropout and brilliant fraudster who, upon impressing New York City’s top closer, Harvey Specter (Gabriel Macht), lands a job as Harvey’s associate despite not having a license to practice law. But Mike proves that he’s up to snuff, and together he and Harvey work to keep his sordid past and illegitimacy a secret.

Why you should watch it: Suits came into the international spotlight in recent years thanks to a new royal named Meghan Markle, but if that wasn’t reason enough for you to catch up on this USA Network affair, we’ve got a few more for you. The series works because it’s in on its own fun, and its high concept rags-to-riches premise rings true thanks to the chemistry of Adams and Macht. It’s a steep order to binge eight seasons, of course, but the show’s two charming leads and a formidable supporting cast have kept us coming back for more. Suits’ ninth and final season premieres July 17 on USA. (Fittingly, its new spin-off series, Pearson, also premieres that night on USA.)

What it is: Creator and star Catherine Reitman plays the leader of a central group of friends and working moms as they make the transition from maternity leave back to office life.

Why you should watch it: Being a mom is a full-time job paid in sleepless nights, dirty diapers, and, of course, unconditional love. Pair the laundry list of responsibilities that come with that job with a salaried 9-to-5, however, and tragic comedy is sure to ensue. That’s where Reitman comes in, translating it all for this semi-autobiographical sitcom. The Canadian series has already aired three seasons across the border; season 2 is finally making it to Netflix in the U.S. July 25.

Orange Is the New Black 90% (Netflix)

What it is: Jenji Kohan’s runaway (but locked-up) Netflix hit is ensemble work at its finest, following the day-to-day lives of the ladies of Litchfield Penitentiary and exploring the diverse crimes that got them there.

Why you should watch it: Inspired by Piper Kerman’s (here Piper Chapman, played by Taylor Schilling) real-life account of her arrest and imprisonment for drug-related money laundering, this hour-long dramedy opens up to include the equally heartbreaking (and often humorous) biographies of fellow inmates played by Emmy winner Uzo Aduba, Laverne Cox, Danielle Brooks, Natasha Lyonne, Samira Wiley, and others. From season to season, Orange — revolutionary and acclaimed for its on-screen diversity — becomes more and more timely, tackling everything from trans rights to gender equality to Black Lives Matter. Its seventh and final season streams July 26 on Netflix.

What it is: Set in the fictional town of Neptune, California, Veronica Mars follows the criminally charming Kristen Bell as our titular hero who cracks mounting mysteries as a high schooler and self-started private investigator.

Why you should watch it: Veronica Mars is a CW cult classic from the early 2000s with an especially impassioned fanbase (its 2014 feature film was fully funded on Kickstarter) — and there’s no better time than now to see what all the hype is about. Its long-awaited fourth season returns July 26 on Hulu.

What it is: They say misery loves company, and The Letdown has that in spades, charting the ups and downs of being a first-time mother through the eyes of Audrey, a woman trying to keep her head above water while being more than “just a mom.”

Why you should watch it: This Australian comedy from creators Alison Bell and Sarah Scheller (the former of whom also stars) finds the pitch-black humor in newborn motherhood with the richly dry humor and self-deprecation native to its home country. Season 2 streams in full July 31 on Netflix.

Commitment: About 3 hours (for the first season) 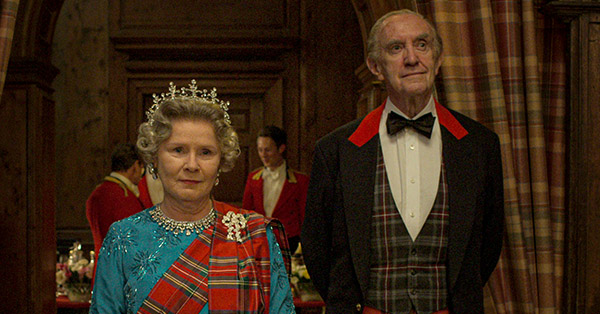