10 TV and Streaming Shows You Should Binge-Watch This September

From Rick and Morty to Cobra Kai, Quantum Leap, The Good Fight, and more, here's what you should catch up on this month.

Looking for something new to comfort-binge this September? Summer may be over, but thankfully, the TV fun continues all year round. Kick off your shoes and grab a cold one as we walk you through nine returning series and a revival of a sci-fi classic that are all well worth your time.

What it is: Co-created by Dan Harmon and Justin Roiland, Rick and Morty follows the misadventures of mad scientist Rick Sanchez and his young nephew Morty (both voiced by Roiland) as they go on a cavalcade of bonkers life-threatening missions. Spencer Grammar, Chris Parnell, and Sarah Chalke star alongside Roiland as the duo’s lovable yet highly dysfunctional family.

Why you should watch it: From its humble beginnings in 2013 as an animated riff on Back to the Future‘s Doc Brown and Marty McFly, Rick and Morty quickly became a global phenomenon – and, thusly changed animated entertainment in the process. Chock full of pop culture references and potty humor, Rick and Morty always comes through with a full clip of strong writing, disturbing visuals, and (surprisingly) a fair share of heartfelt character themes. After all, at its foundation, this is a show about a family – a really messed up one, at that. Season 6 premieres September 3 on Adult Swim.

Where to watch it: Adult Swim, Hulu, HBO Max 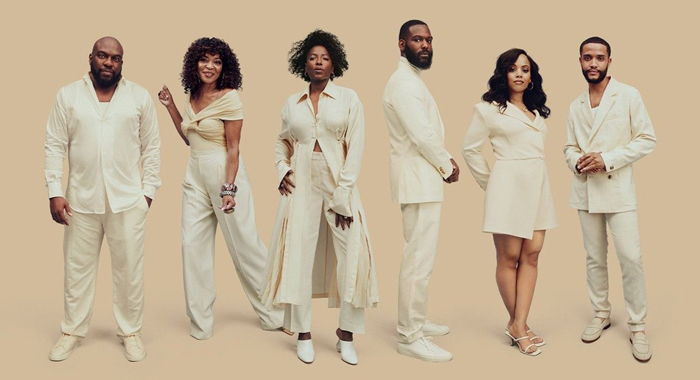 What it is: Ava DuVernay and Oprah Winfrey executive produce this drama, based on Natalie Baszile’s novel of the same name. The series follows the Bordelon siblings (played by Rutina Wesley, Dawn-Lyen Gardner, and Kofi Siriboe) as they are dealt a surprise in the death of their father and are forced to reconcile their differences while taking over the family’s Louisiana sugarcane farm, which he bequeathed them.

Why you should watch it: Thanks to the show’s Louisiana locale, each episode presents a lush quality in its visual production value. Offering themes of empowerment while juggling an array of pressing cultural issues, Queen Sugar is an accomplishment on multiple fronts. And it has given True Blood alum Rutina Wesley a worthwhile vehicle to allow her charisma and talent to fully shine through. Season 7 premieres September 6 on OWN.

Where to watch it: OWN, Hulu

What it is: Robert and Michelle King took the winning formula of their hit series The Good Wife and spun it off into Paramount+’s first original scripted program, The Good Fight. Christine Baranski reprises her role of Diane Lockhart and follows her as she changes legal firms and takes on an array of hard-hitting cases along the way. She’s joined by a talented ensemble, featuring John Slattery, Andre Braugher, Rose Leslie, Cush Jumbo, Sarah Steele, Justin Bartha, Delroy Lindo, Nyambi Nyambi, Michael Boatman, and Audra McDonald.

Why you should watch it: Christine Baranski alone is worth the price of admission. Adding the creative insight from the Kings, along with the talent sparring with Baranski in each and every episode, The Good Fight is a formidable spinoff that dabbles in the familiar arena of legal procedurals while digging deep into the pressing themes affecting our own day-to-day reality. Season 6 premieres September 8 on Paramount+.

Where to watch it: Paramount+

What it is: Cobra Kai is a Karate Kid sequel series that follows down-on-his-luck Johnny Lawrence (William Zabka), who, after rescuing a high school kid from a group of bullies, finds new purpose in life and re-opens the karate dojo that once offered his life structure. In doing so, his old conflict with two-time All Valley Karate Tournament champ Daniel LaRusso (Ralph Macchio) is rekindled, and new array of high school rivalries form in the process.

Why you should watch it: Somehow, the program continues to successfully deliver the adrenaline-fueled fight scenes and relationship drama fans have come to expect from the show. The dynamic between Macchio and Zabka solidifies the emotional foundation for the series, and old faces like Martin Kove‘s John Kreese and Thomas Ian Griffith‘s Terry Silver inject delightful bits of high stakes intrigue and action into the program. This all provides a jumping off point for the show’s talented young cast – Xolo Maridueña, Mary Mouser, Tanner Buchanan, Peyton List, and Jacob Bertran, among many others – to continually shine. Season 5 premieres September 9 on Netflix.

What it is: Bob’s Burgers mastermind Loren Bouchard created this musical animated series alongside Josh Gad and Nora Smith. Featuring Bouchard’s signature art style, the program explores the lives of the Tillerman-Hunter family, who must join forces to save Central Park after an entrepreneur makes plans to buy up all the land and convert it to condominiums, restaurants, retail establishments, and the like. Gad stars alongside Kristen Bell, Titus Burgess, Emmy Raver-Lampman, Daveed Diggs, Kathryn Hahn, Leslie Odom Jr., and Stanley Tucci.

Why you should watch it: Just look at that cast. Not to mention, Loren Bouchard has proven his worth in the animated space. And it’s a frickin’ musical. What more could you ask for? Season 3 premieres September 9 on Apple TV+.

Where to watch it: Apple TV+

What it is: Inspired by Margaret Atwood’s 1985 novel of the same name, The Handmaid’s Tale stars Elisabeth Moss as Offred, one of the many subjugated women in the dystopian city of Gilead. The series, which tells the story of a patriarchal (and extremely fundamentalist) society where women exist solely as subhuman pieces of property, also stars Joseph Fiennes, Samira Wiley, Alexis Bledel, Bradley Whitford, Yvonne Strahovski, Ann Dowd, Max Minghella, and O-T Fagbenle.

Why you should watch it: Over the course of the program’s first four seasons, The Handmaid’s Tale received 15 Emmy Awards. That, obviously, is not an achievement to be taken lightly. It goes without saying that the collective talent of the cast has made the show a must-watch. Combine that with its striking visual production value and the resonant subject matter it continues to explore, and you’ve got a program that has cemented its permanent place in the zeitgeist. Season 5 premieres September 14 on Hulu.

What it is: From creator and executive producer Donald Glover, Atlanta is a series that defies expectations and description. But we’re going to sum things up the best we can: The 30-minute comedy follows striving music manager Earnest “Earn” Marks (Glover) as he taps his cousin, rapper Paper Boi (Brian Tyree Henry), as a client. Together, they’re joined by Earn’s ex Van (Zazie Beetz) and quirky friend Darius (LaKeith Stanfield) as they traverse an odd cultural landscape within and outside of the music industry.

Why you should watch it: Donald Glover once said he wanted to make a series that was like “Twin Peaks with rappers.” With Atlanta, he absolutely did that. Surreal, disturbing, hilarious, and heartfelt, the program doesn’t shy away from spotlighting racism through an existential microscope. And in doing so, it has provided a uniquely truthful perspective on what it means to be Black in America – and the world. Season 4 premieres September 15 on FX.

Where to watch it: FX, Hulu 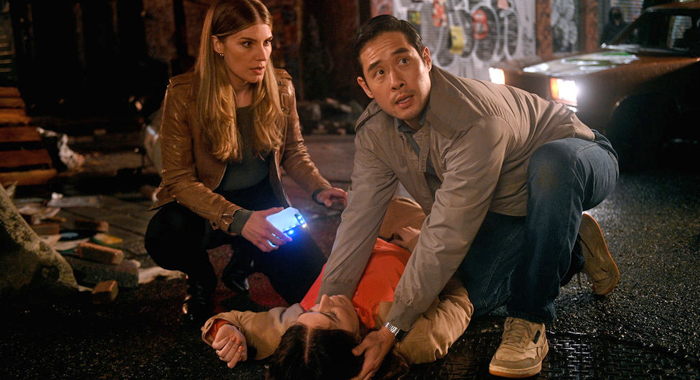 What it is:  A science fiction procedural that follows Dr. Sam Beckett (Scott Bakula) as he accidentally gets stuck bouncing through time after participating in a government experiment that found the physicist stepping into the Quantum Leap accelerator. That’s where he vanished, and his adventure began. Throughout the program’s five season run, audiences watched as Sam, with the help of his hologram guide Al (Dean Stockwell), did his best to help people and fix historical mistakes, all while pursuing his mission to find his way home.

Why you should watch it:  Nearly three decades after the original series went off the air, NBC has developed an updated premise to keep the Quantum Leap story alive. This newly imagined series follows physicist Ben Song (played by Raymond Lee) and his team as they restart the Quantum Leap project to understand what went wrong in the past, why it was created, and other mysteries connected with the machine. History has a tendency of repeating itself, though, and Ben soon follows Sam Beckett’s footsteps. It’s yet to be seen how the new program will connect with the original, or if audiences must watch the Scott Bakula series to understand the new program. However, considering how groundbreaking Quantum Leap was for its day, and the enduring performance of Bakula as the good-natured yet slightly awkward scientist, it’s worth a watch for the sheer entertainment value it consistently delivered. Season 1 of the Quantum Leap reboot series Premieres September 19 on NBC.

Where to watch it: NBC, Peacock

What it is: This mockumentary comedy series comes from the mind of comedian Quinta Brunson, who not only created the show but stars as Janine, an eternally optimistic second grade school teacher on a mission to improve the ways in which Abbott Elementary School is run and operated. Janelle James, Tyler James Williams, Sheryl Lee Randolph, Lisa Ann Walter, and Chris Perfetti also star.

Why you should watch it: While the mockumentary narrative is old hat at this point, Abbott Elementary brings some new flavor to that narrative tool. A delightful mix of quick wit, smart writing, and engaging performances has led the series to earn seven Emmy nominations for its first season. Season 2 premieres September 21 on ABC.

Where to watch it: ABC, Hulu

What it is: A sequel series 30 years in the making, The Mighty Ducks: Game Changers follows young Evan Morrow (Brady Noon), a 12-year-old boy who just wants to play ice hockey on the renowned Mighty Ducks junior team. After he’s cut from the now powerhouse team, Evan’s mother Alex (Lauren Graham) pushes him to find a new team of like-minded underdogs – and he does just that. As luck would have it, Gordon Bombay (Emilio Estevez), the Ducks’ original coach, is managing a struggling ice skating rink. She convinces him to once again step into the role of coach to guide them on a path to victory.

Why you should watch it: Nostalgia is a powerful tool, when it comes to TV entertainment. Like Cobra Kai before it, The Mighty Ducks: Game Changers banks on the all-around good vibes the original movies delivered to audiences back in the day. Everyone loves a good underdog story. And while the series doesn’t re-invent the wheel with regards to the story they’re telling, it delivers on the humor and heartfelt message about teamwork and self worth. Also, it’s pretty nice to have Emilio Estevez back on screen. Season 2 premieres September 28 on Disney+.

Where to watch it: Disney+