It’s the end of the year and, as we see it, you have two choices: waste hours of your life trying to find fun, or enjoy hours of your life, bringing the fun to your living room. To facilitate the latter, we’ve put together a list of the best TV marathons happening this week so you can ring in the new year with style! (And by style, we mean footie pajamas and central heating.)

The Walking Dead and Fear Marathons
AMC, Tuesday, Dec. 29, starting at 2 p.m.
For that niche group of doomsday’ers who believe that with the New Year comes the end of the world, feast on the fall of humanity with a mega TWD marathon, which will include every episode since the beginning of season two (not sure why they skipped the six hours of season one, but you can watch them now on Netflix), and wrapping up with the latest episode, “Start to Finish.” The marathon will also feature all six episodes of Fear the Walking Dead.

Mr. Robot Marathon
USA Network, Tuesday, Dec. 29, starting at 11 p.m.
Watch every episode of the first season of Mr. Robot, considered by critics everywhere to be one of the best shows of 2015. Whether you’re meeting Elliot for the first time, or giving fsociety a second look, this is one marathon that’s sure to keep you questioning everything into the New Year.

The Twilight Zone Marathon
Syfy, Wednesday, Dec. 30, starting at 7 p.m.
For its 21st annual marathon of The Twilight Zone, Syfy will air all 156 episodes of Rod Serling’s legendary TV series chronologically in HD — a first for the network. If you can’t make time for the entire 87-hour marathon, be sure to DVR “Nightmare at 20,000 Feet” starring William Shatner and “The Encounter” starring George Takei. Other highlights include “Time Enough At Last,” “Living Doll,” “To Serve Man,” and “An Occurrence at Owl Creek Bridge.”

Breaking Bad Weekly Marathons
SundanceTV, starting Wednesday, Dec. 30 at 9 p.m.
Here’s a marathon you can savor for weeks to come. Beginning on Dec. 30, SundanceTV will run four episodes of the highly-acclaimed series Breaking Bad starring Bryan Cranston and Aaron Paul every week in chronological order until they air all five seasons (which, by our count, should take you all the way through April). Not a bad start to the year — by the time you finish the marathon, it’s already a third over. Yeah, bitch!

The Twilight Zone (2002) Marathon
El Rey Network, Thursday, Dec. 31, starting at 6 a.m.
Black and white not your thing? El Rey is hosting a 24-hour marathon of the 2002 remake of The Twilight Zone, which aired for just one season on UPN and featured host Forest Whitaker in the Rod Serling role as narrator. Be sure to look out for “One Night at Mercy,” starring Seinfeld‘s Jason Alexander as Death; “The Pool Guy” with Lou Diamond Phillips as the titular pool cleaner; and “Cradle of Darkness,” featuring Katherine Heigl on a time-traveling mission to kill baby Hitler.

Doctor Who Marathon
BBC America, Thursday, Dec. 31, at 6 a.m.
It’s a bit of a random sampling over 24 hours, but after this year’s stellar season, who doesn’t want more Doctor Who? This New Year’s Eve marathon will feature episodes from series two and three, plus a smattering of holiday specials, including “Voyage of the Damned,” “The Next Doctor,” “The Snowman,” and “The Husbands of River Song.”

“The Simpsons New Year’s Resolutions” Marathon
FXX, Thursday, Dec. 31, starting at 6 p.m.
Kicking off with The Simpsons Movie, FXX will ring in the New Year, Springfield-style, with 30 hours of resolution-themed programming featuring Marge, Homer, and the rest of the gang as they make life-changing decisions over a 27-season time period.

The A-Team Marathon
Encore Classic, Thursday, Dec. 31, starting at 7 p.m.
We pity the fool who misses this 24-hour marathon featuring a “crack commando unit” who survives the Los Angeles underground by working as soldiers of fortune. Highlights include a guest-star appearance from Hulk Hogan and Murdoch’s big win on Wheel of Fortune. If you have a problem, if no one else can help — and if you can find them — maybe you can binge-watch The A-Team. 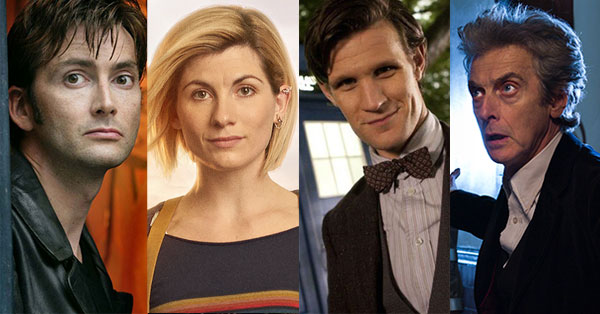 Worst to Best: Ranking the Doctor Who Doctors