Alfonso Cuarón’s semi-autobiographical drama set in Mexico City has been at or near the top of a lot of “Best of 2018” lists, so it’s no surprise that it also reigns supreme over all of the terrific Spanish-language films we got this year. This new category was created to reflect the incredible number and quality of Spanish-language films being released in U.S. theaters. 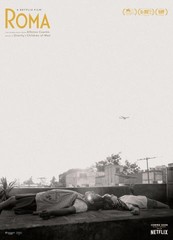