Our friends Down Under delivered a number of noteworthy films this year, whether they were filmed primarily in Australia or produced by Australian companies. But one particular story set in the Outback and centering on the trial of Indigenous man, and the events leading up to it, earned near universal acclaim to rise to the top. 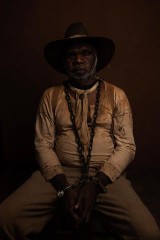 #1
Adjusted Score: 99688%
Critics Consensus: Sweet Country makes brilliant use of the Australian outback as the setting for a hard-hitting story that satisfies as a character study as well as a sociopolitical statement.
Synopsis: An Aboriginal man goes on the run after he kills a white man in self-defense.... [More]
Starring: Bryan Brown, Matt Day, Tremayne Doolan, Anni Finsterer
Directed By: Warwick Thornton
« Previous Category Next Category »