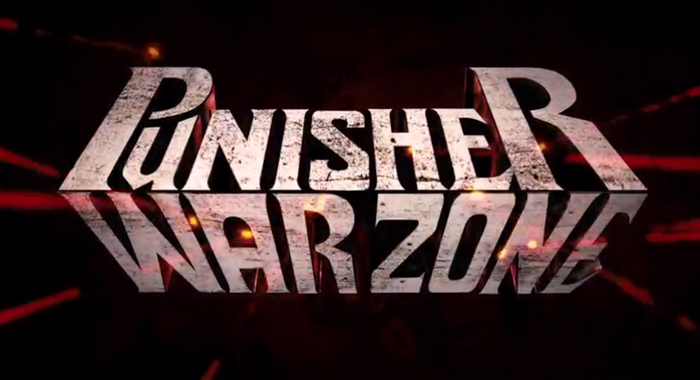 As its title suggests, Paul Scheer, Jason Mantzoukas and June Diane Raphael’s wildly popular bad movie podcast How Did This Get Made? exists to provide a comedic post-mortem and dissection of flops so terrible, their very existence defies comprehension. It is a podcast about bad movies that, at its best, enthusiastically celebrates the dregs of cinema as much it humorously condemns them.

But every once in a while the podcast turns into something much different. That was the case in October of 2011, when national treasure Patton Oswalt and Punisher: War Zone director Lexi Alexander came on the podcast not to derive schadenfreude over a terrible movie’s failure but rather to herald the oft-overlooked virtues of the third attempt to bring Marvel’s bloodthirsty vigilante to the big screen.

Alexander told riveting behind-the-scenes stories of how the filmmaker behind the well-respected English soccer drama Green Street Hooligans became the latest caretaker of one of Marvel’s trickiest anti-heroes, providing fascinating insight into the complicated and fraught manner by which filmmakers balance their personal visions with the commercial demands of making a contemporary superhero movie. Oswalt was on the podcast in his capacity as a widely beloved stand-up comedian and podcast fixture, but more than that, he was there in his unofficial but essential role as a pop culture evangelist, a man of deep and deeply informed passions who has devoted much of his life and career to convincing other people to love the art and trash and entertainment that sings to him as much as it does. Oswalt was able to re-contextualize what had been roundly dismissed as another grim mistake as a movie that came closer than the two previous Punisher movies in bringing the Punisher of the comic books to the big screen with his brutal, uncompromising intensity intact.

As Oswalt articulated on the podcast, Frank Castle/The Punisher, as played by Ray Stevenson, doesn’t just cut an unmistakably bleak and tortured figure; on a physical level, he looks deeply unwell, like the soul-sickness afflicting his spirit seeped into his body as well and contaminated him on a biological level. But it isn’t just Frank Castle’s body that is rotting and unclean. The city he protects has also clearly seen better days, and has devolved into a grim, nightmare dystopia of rust, filth and grime. It’s as if the sun went away the moment Castle’s wife and children were brutally murdered by hoods and never came back, and the haunted expression on Stevenson’s face and his thousand-yard stare convey that grief artfully and effectively.

For Castle, action is character, and the Punisher is nothing if not a man of action. Punisher: War Zone doesn’t waste a lot of time on exposition — no mean feat for a movie tasked with re-introducing an iconic comic book character a lot of the audience will not be familiar with — and what little exposition War Zone does possess feels wholly unnecessary. Stevenson does not talk much; he prefers to let his impressive, oft-employed arsenal communicate for him, and its primary message seems to be that there are far too many bad people still alive in this sick, sad world, and that Castle will do everything in his power to change that. In the film’s impressive first set-piece, he furtively infiltrates a massive mob gathering and, lit only by a flare that gives him a demonic, unholy glow, proceeds to slaughter an entire mob family in a gorgeously choreographed symphony of bloodshed. It’s gun-fu at its finest, and highlights Lexi Alexander’s gift for staging action sequences that are visceral and exciting but also clean and comprehensible.

As an icon, the Punisher is defined by his eagerness to go too far, to routinely transgress the perpetually blurry boundaries separating good and evil for the sake of both vengeance and justice. So in order for a film adaptation to be true to the character, it similarly needs to make a virtue of going too far. For Punisher: War Zone, that means allowing the Punisher to rack up a body count that approaches the population of a small island nation and to amass that body count in the bloodiest, most graphic manner imaginable. Frank Castle is an artist who paints in gushing spurts of blood and exploding skulls, a mad scientist — complete with a shadowy, nightmarish lair — whose science, as it were, is mass bloodshed.

As a result, this is a Marvel movie unlike any other, if only because it isn’t just a distinctly unfamily-friendly R — it’s a hard R, the kind that could easily veer into NC-17 territory with a few more exploding skulls or a little more messy viscera flying in every direction. That R rating goes a long way towards explaining why Punisher: War Zone is, if not the single least commercially successful Marvel film of all time, then at least one of them.

Much of the appeal of the Marvel universe lies in the inter-connected nature of everything, in the sense that Spider-Man, Iron Man, Thor and the Guardians of the Galaxy for that matter, all share the same universe and could stop by and visit each other if the fancy struck them. That’s true of comic books as well. Hell, the Punisher debuted in an issue of Spider-Man and shares some super-villains with Daredevil (whose Netflix show he is currently a character on) and your friendly neighborhood webslinger.

But it’s difficult, if not impossible, to imagine the Punisher of Punisher: War Zone sharing a screen with Thor or the Incredible Hulk or Iron Man. If Hulk were to pop up for a cameo in Punisher: War Zone the way Falcon pops up briefly in Ant-Man, it would be so jarring and surreal that it would completely destroy the brutal realities of the film, a reality rooted in grief and misery but also one that could not, and will not, support appearances from radioactive spider-people or gamma ray-damaged green rage monsters. Castle lives his entire life in the agonizing, endlessly painful shadow of the brutal massacre of the people he loved most in the world, so it would seem pretty damn bizarre if he were to, say, take a break from his endless mourning to joke around with Captain America.

Still, Punisher: War Zone benefits from a deep vein of gallows humor that complements the almost cartoonishly over-the-top violence rather than undercuts it. In the film’s most inspired running gag, an insufferable group of parkour enthusiast bad guys leap and sashay their way around a grim urban hellscape, hooting and hollering with glee at their robust athleticism. It’s a loving parody of action movies’ weird momentary fixation on parkour (a fixation that has led to actual parkour-based action movies) exaggerated to comic extremes that has an awesome payoff when the freerunning showoffs are leaping about and Castle kills one with bullets, one with a rocket, and the last one by hurling him off a building and onto a spike. It’s a funny gag, but it’s also a statement of purpose: other action movies can waste their time with trendy nonsense that already looked silly and dated by the time Punisher: War Zone hit theaters in 2008; Alexander’s film understands the power and deadly force of a scowling, stationary man with an arsenal and deadly aim.

Since Castle doesn’t do much talking, Dominic West is free to ham it up as Jigsaw in a performance that owes a great deal to Jack Nicholson’s Joker in Batman and is never more compelling than when Jigsaw is buddying around with Loony Bin Jim, the brother he springs from the mental hospital to assist him in his crime spree. And as Loony Bin Jim, a lunatic with an intense interest in human anatomy more homicidal than medical, veteran character actor Doug Hutchinson is incredibly creepy and disturbing, albeit not as creepy or disturbing as in the other role Hutchinson is known for: the “veteran character actor in desperate erotic thrall to nightmare teenage exhibitionist Courteney Stodden” in the tacky, vulgar reality show known as real life, and alternatively, in Couples Therapy.

Loony Bin Jim and Jigsaw clearly love each other. In a sweet — if wholly deranged — display of affection, “LBJ” tries to make Jigsaw feel better about the horrifying prospect of being reminded of his grotesque disfigurement every time he looks at his reflection by flamboyantly smashing every mirror he encounters. That familial bond of brotherly love is an endearing quality, even in sociopaths.

Thanks in no small part to Hutchinson’s scummily compelling turn, Punisher: War Zone is so unrelentingly nasty, dour and disturbing in its grim take on society and human nature that audiences might want to take a shower after it’s over. Then again, that’s true of any ten-minute stretch of Couples Therapy as well.

The Marvel cinematic universe is vast, and it seems to grow larger by the day. But the appeal of Punisher: War Zone lies in how small and bleak and claustrophobic it is, too small and bleak and claustrophobic to support guest appearances from other, sunnier heroes. Unfortunately, other things were small when it came to Punisher: War Zone as well, like its budget and a box-office gross that was record-setting for all the wrong reasons. When it comes to racking up a body count, however, Punisher: War Zone wasn’t just huge: it was epic.

Up next: Trick ‘r’ Treat