What to Watch With Pablo Schreiber 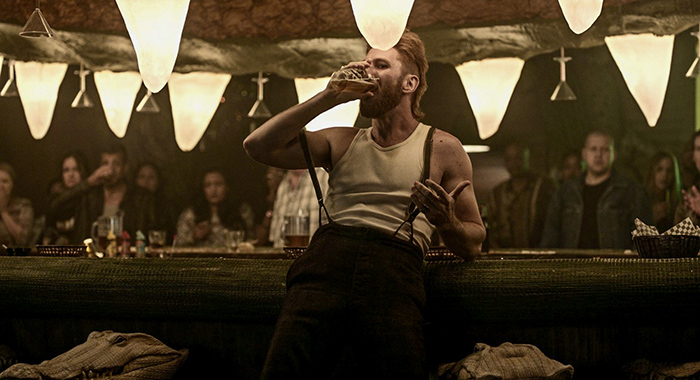 Orange Is the New Black fans who know Pablo Schreiber — fondly? — as “Pornstache,” his former corrections officer character on the Netflix series, were in for a shock when he showed up this spring on Starz’s fantasy series American Gods as a brawling leprechaun.

But in a good way.

In fact, the fan-favorite character from the mind of author Neil Gaiman has provided Schreiber with yet another high-profile role to add to his stable of notable characters from series including Law & Order: Special Victims Unit, Weeds, and The Wire.

Rotten Tomatoes caught up with the actor to find out how he spends his time when he’s not plucking gold from the air and pummeling Shadow Moon. Find out what Schreiber is watching and what it’s like to play a leprechaun whose luck has run out. 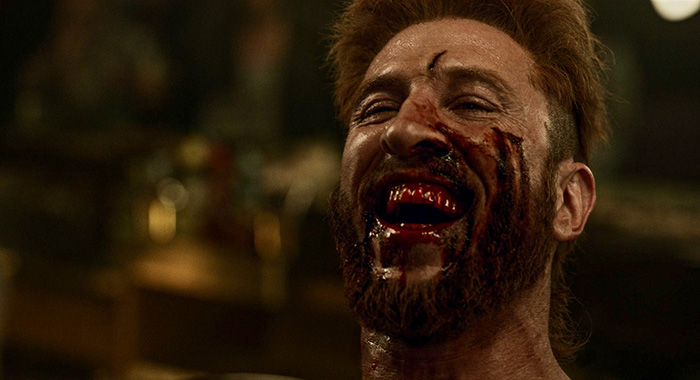 I watch sports. I watch football when it’s football season. That’s like my biggest guilty pleasure and splurge.

I’m a long-suffering New York Jets fan, and what’s happening now is really emblematic of the last few years for our organization. We’ve essentially tanked the upcoming season. They’re giving away all of their good players, either releasing them or trading them, and basically hoping to be the worst team in the league so they can get the top draft pick next year. So the entire season that doesn’t even start until September or October and ends in January or February of next year is already thrown out the window. So, that’s my sad story in the sports arena.

I’m conflicted. I was already having thoughts about giving up my Jets addiction before this latest piece of news and now it’s like, Sh–, do you really want to suffer through an entire season where they’re purposely trying to lose? That’s terrible. Now I live in LA and there’s a new team here, so, you know, maybe I’ll ponder a little switch of allegiance.

I’m also a father of an 8- and a 5-year-old, so I really am very careful about the amount of media I consume. Not even careful about it — I just don’t have a lot of time. So I don’t watch too many series. I don’t have very much appointment television in that respect.

I would say the closest thing I have to it right now is that we’re living in this crazy, crazy time where every day is breaking news about what’s happening with this renegade administration. We were talking about it last night actually. This is the climate in which our show’s coming to the air and, really, like Trump and CNN is our main competition and is part of why this show is so crazy and ridiculous, and why we’ve come into this era of “What the F— Television” as somebody dubbed it to me the other day. That’s our competition is the great orange monster and all of his high jinks. And so you’ve gotta be as kooky and as crazy as what’s coming on TV there every day. So that’s the closest thing I have to appointment television now: [former FBI Director James] Comey testifying and every other crazy development that happens. 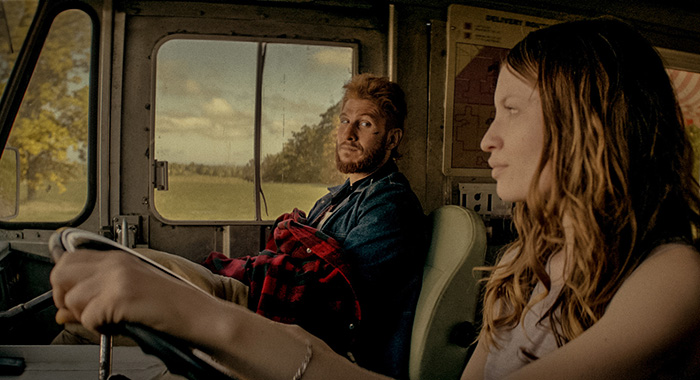 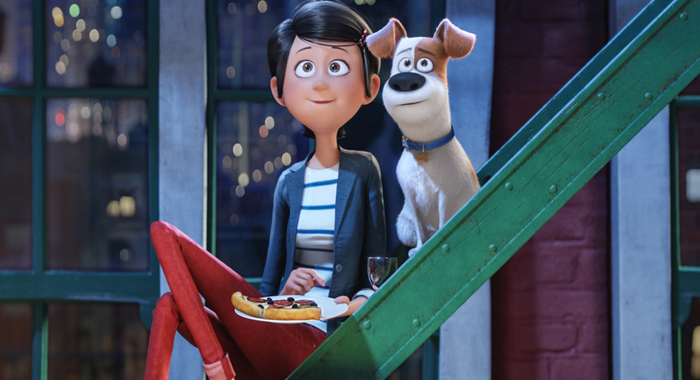 Mostly documentaries and kid’s shows. My Netflix is almost entirely taken up with distracting my children on the weekends. So, a ton of cartoons and kid’s movies and then documentaries for me for late night, and that’s pretty much the entirety of it. 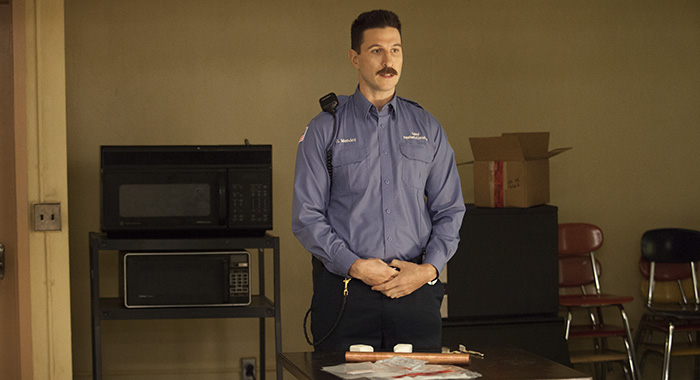 I can’t wait for Orange Is the New Black, season 5, which gets released today. I’m looking forward to that.

My friend, John Krasinski, is doing a Jack Ryan TV show that I’m eager to see. What else is coming out that I’m curious about? I just have so many friends working on projects now that it’s hard to keep up with everything. The Jack Ryan one is an Amazon show. I’ll be curious to see that when it comes out.

I haven’t caught up with The Handmaid’s Tale yet, but I hear it’s amazing.

This Sunday’s American Gods is called, “A Prayer for Mad Sweeney.” What’s the reason we’re praying for him?

Well you don’t have to pray for him if you don’t want to and clearly most people have chosen not to, and that’s why he’s so upset. I think it’s a prayer for Mad Sweeney possibly because we know as TV viewers where this all goes and where it leads. And the fact that he ends up under a bridge — maybe we’re praying for him and his longevity. We’ve been following the plight of the old gods and their dissatisfaction with the world and what people are choosing to give their time to. So, again, maybe it’s a prayer for him to receive — for his luck to turn around certainly. We’ve been watching him have the worst fortune of any leprechaun ever in the last six episodes. So maybe it’s a prayer for him to get things turned around.

Mad Sweeney has a lot of love out there on social media.

People are certainly responding to the character. I’ve definitely noticed that. He definitely seems to be a fan favorite in terms of — I think it’s just fun to watch a leprechaun who’s lost his luck. You know, this guy can’t catch a break and he’s an acerbic asshole who just keeps getting beat up by everybody around him and I think there’s something that’s just quite entertaining about that. Endearing and entertaining at the same time.

In the “about the episode” segment after the last episode, series creators Bryan Fuller and Michael Green were saying how much fun it has been to throw Mad Sweeney together with Laura Moon and to write those scenes. How has it been for you filming those scenes with Emily Browning?

I love it. I love the dynamic between the characters. Like you probably heard them say, these are just two of the world’s most awful people in how they come off and how they — how just acerbic and awful, confrontational they are. And when you get them taking chunks out of each other, you know, at such a high rate, I think it’s just fun to watch. And then, obviously, the physical dynamic of her being so tiny and me being so large and him realizing that he can’t, as he is used to, physically dominate her, and she actually has a physical advantage over him even though she’s half his size, these are all just really fun things to get to observe.

Just before this call, I was laughing about the Sesame Street “Orange Is the New Snack.”

Somebody just forwarded that to me.

It’s hilarious that Pornstache is represented (as “Mr. Mustache”).

I made it on to Sesame Street.

I also got a Funko Pop! character. I thought that was pretty impressive too.

No, the Funko Pop! is for Pornstache. I imagine I’ll have all sorts of action figures from Mad Sweeney, but they haven’t materialized just yet.

You can have a little Funko family of your characters.

I just can’t wait. I only wish that The Wire was a more action-figure-oriented show, so we could have had one for that too.

American Gods airs Sundays at 9 p.m. on Starz; Orange Is the New Black is streaming now on Netflix