In “The Riddle of the Sphinx,” HBO’s sci-fi series explores William’s past and – present? Future? 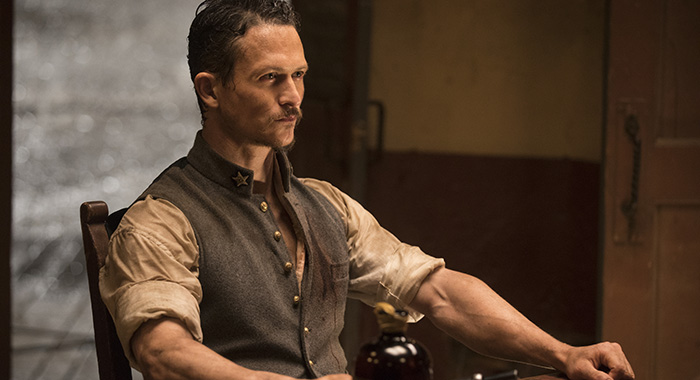 Westworld revealed an underlying purpose for the Delos parks in episode 4 of its second season: a search for human immortality that’s been long in the research and development phase. The episode was praised on social media as one of the best of the season — if not possibly the entire series — and many congratulations went out to series co-creator Lisa Joy on her directorial debut.

#westworld dad: “what if they’re taking DNA from Park guests, cloning them into hosts, killing the real people, and sending the fakes out into the world to run the various businesses that the rich people who go to Westworld own so that Delos owns all”
Me: ok mr nolan

Westworld’s near-future setting is underscored in the episode by James Delos (Peter Mullan) savoring classic rock music, the Rolling Stones’ “Play With Fire” (1965) and Roxy Music’s “Do the Strand” (1973), as though it was classical. But our eyes and ears are being deceived, because once “The Riddle of the Sphinx” is in full swing, we better understand that now is not now, and James is not James; the Delos patriarch is dead, and young William (Jimmi Simpson) is running Delos Inc.’s operations. And playing god.

Here are a few of the highlights from the latest episode of the HBO sci-fi series:

1. Bernard Brings Elsie Up to Speed

I think I've been here before. #Westworld pic.twitter.com/o0CqDTfyUD

Clementine didn’t kill Bernard (Jeffrey Wright), but brought him to Elsie Hughes (Shannon Woodward) – welcome back! – chained in a cave. And despite him choking her out in season 1 – leading viewers to believe she was dead all this time – she saves him because he has “too much sh– to answer for.”

(Why do characters leave the key to opening the secret lair revealed? Why? Oh, why? Any reasonably paranoid person wouldn’t want someone – possibly homicidal – sneaking in behind them.)

Thank you, Elsie, for providing Bernard a reason to recap everything that’s happened since last season.

Narrator: Everything was not fine. #Westworld

Delos can check out any time he likes, but he can never leave. By the end of this episode, he’s checked out 149 times, old William (Ed Harris) informs him. He’s Host-ish now, and William has been trying for years to find a way to stabilize this very different product.

“Logan overdosed years ago. Couldn’t face reality either…Took me a long time to learn this, but some men are better off dead,” William tells android Jim before leaving him to degrade into robot madness.

Jim later attacks Elsie, but Bernard disables him before he does any real damage.

“They said there were two fathers: one above, one below,” Jim tells Bernard while in death-like throes. “They lied. There was only ever the devil. And when you look up from the bottom, it was just his reflection laughing back down at you.”

No. Definitely not California anymore. #Westworld

Elsie thinks it’s better for the robot psycho to burn out than fade away and sets the termination sequence in motion.

But Elsie, you still in danger, girl. Bernard promises he won’t hurt Elsie, but then swimming around in his memories is one of him stomping a tech’s head in.

Quote of the century from Elsie tonight: "Fuck it, I always trusted code more than people anyway." #Westworld

“For the first time, I get to decide who I want to be,” Bernard told Elsie earlier in the episode. We hope he chooses wisely.

3. The Spirit of Young William in the Man in Black 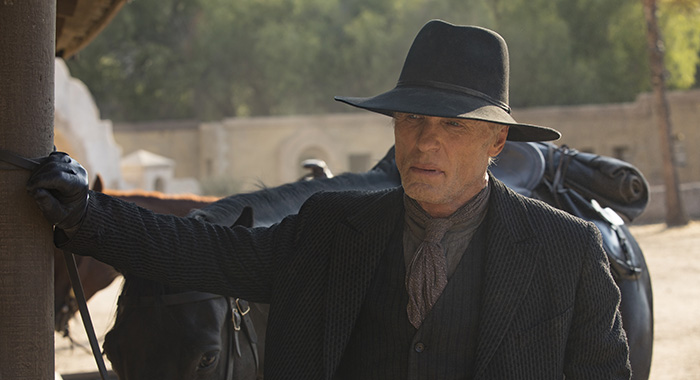 Against his “Man in Black” persona, William rescues his friend Lawrence (Clifton Collins Jr.) and his family. But Lawrence’s daughter (Izabella Alvarez) is a Ford avatar, spitting Fordisms like a child possessed. (We should recall that she did the same in season 1.)

"You think you know death?"

What. An. Episode. #westworld pic.twitter.com/K2T997BRoq

"You think you know Death? You didn't recognize him sitting right in front of you." #Westworld pic.twitter.com/VW3SVzDKgz

Well, in #Westworld they say – that the Man in Black's small heart grew three sizes that day. ??? pic.twitter.com/H6SoYhrRe0 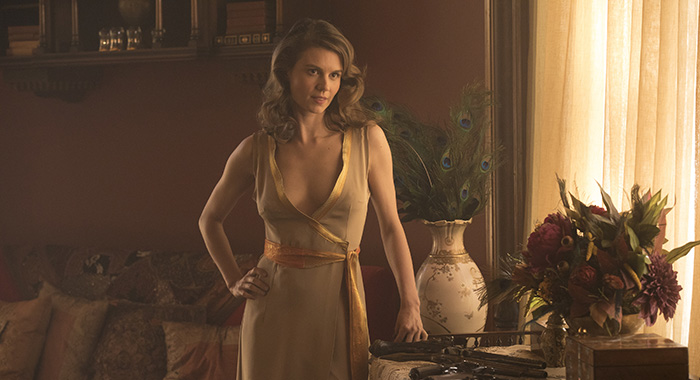 After escaping the Lakota tribe, Grace (Katja Herbers), survivor of the Raj World robot rebellion and subsequent Bengal tiger attack in episode 3, rides in from the sunset and says “Hi, Dad” to William.

The Lakota ended up letting security chief Ashley Stubbs (Luke Hemsworth) and the other human captives go anyway, so that was a wasted gamble on Grace’s part – totally justified, but unnecessary in the end.

5. The Promise of Shogun World in Next Week’s Preview


We missed Maeve (Thandie Newton), Dolores (Evan Rachel Wood), and Teddy (James Marsden) this episode, but next episode’s preview was one of the highlights of this week. Maeve in Shogun World looks spectacular.

Yeah, I mean it was a good episode but… Shogun World!!

What did you think of the episode’s big reveal: that humans are trying to become robots? Tell us in the comments!