An imaginative cover of a White Stripes hit, Dolores wrestling with her alter ego, that robot tiger, and the introduction of two new Delos parks are just a few of the highlights from an action-packed episode. 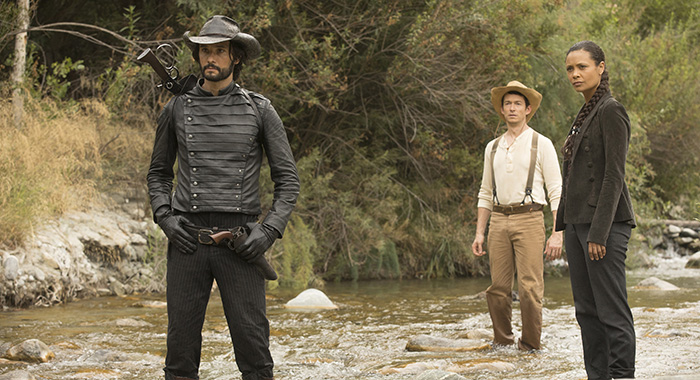 The robots are still struggling with their programming in season 2, episode 3 of Westworld. Some apparently feeling a bit wistful about simpler times.

Tonight's episode of Westworld caught me off guard a couple of times, and the performances have proven to me that this show has some of the best actors working today. Great show! #Westworld @WestworldHBO pic.twitter.com/48eiI8kJqR

“Virtù e Fortuna” introduced viewers to not just one, but two new worlds – even though one of them was more of a promise of what’s to come.

Here are some of the biggest moments from the episode:


When a classical Indian music cover of the White Stripes hit song “Seven Nation Army” opened the show, viewers knew they were in for something a bit different – and awesome. A big thank you to Westworld composer Ramin Djawadi.

Seven Nation Army on the sitar is the cover I didn’t know I needed. Well done @Djawadi_Ramin.#Westworld #HBO #TheWhiteStripes

Cover of “Seven Nation Army” on #Westworld tonight may have been the best cover song they’ve done yet (I’d comment on the arrangement, but I feel like the instrumentation itself could be perceived as a spoiler).

In the first place, we were being introduced to a park, The Raj, set in British colonial India that, for one, established that the robot uprising was not confined to Westworld. It also introduced Katja Herbers as Grace, ROBOT TIGER!, and — well, RIP, Nicholas (Neil Jackson). Shame, throwin’ away a perfectly good white boy like that.

"You have reached the end of the guest experience area" #westworld

The lesson here is to never make tiger robots #westworld 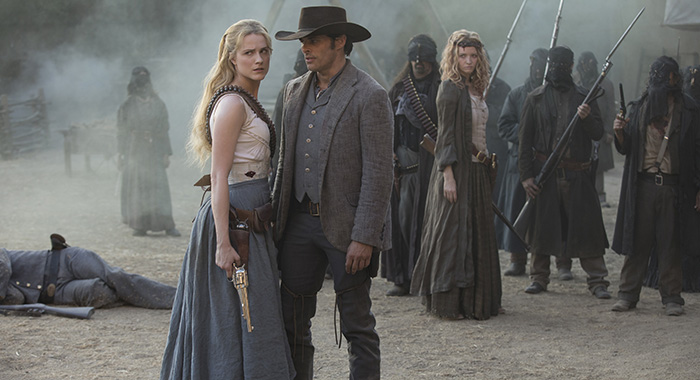 Dolores (Evan Rachel Wood) fully embraced her alter ego in the episode (until her dad showed up anyway). “Call me Wyatt,” she tells Colonel Brigham (Fredric Lehne) at Fort Forlorn Hope. Then she used the soldiers as bait for the Delos security forces – leading lambs to the slaughter.

Well, look who turned into the Terminator. #Westworld pic.twitter.com/ciqDvlH1be

Dolores/Wyatt strutting round w two bullet holes in her chest like it was nothing had me ? love me some murder 'bots #westworld

DAMN Delores is a boss. #Westworld

And Teddy (James Marsden). Oh, Teddy. What have you done?

@jonathanmtucker I was like “No! Don’t kill Major!” And then Teddy let you go. Whoo!!!! #Westworld

Y’all if this is heading toward some kind of Teddy versus Delores showdown, I am THERE for that #Westworld 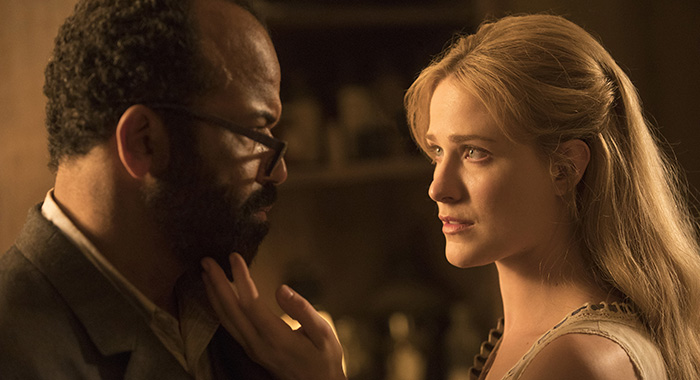 Poor Bernard (Jeffrey Wright). Dolores asked him to fix her father, Peter Abernathy (Louis Herthum), who’s carrying so much encrypted data that he’s a shell of his former self. “There is beauty in what we are. Shouldn’t we too try to survive?” she asks Bernard. What she doesn’t notice is that Bernard is having his own systems crisis. Meltdown in 3…2…1…

I'm not surprised Bernard is confuzzled. I'm a tad traumatized over this insane host on host on humans savagery myself. #Westworld

But with her father turning up, Dolores is clearly struggling with the rancher’s daughter programmed within.

Excellent use of the King Lear/Cordelia scene in tonight’s #Westworld. Heartbreakingly perfect. 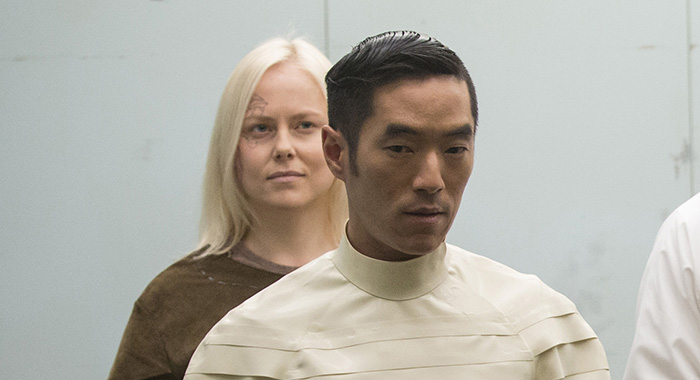 I’m so glad the lab bros are back! #Westworld

Also rejoining Team Maeve, Armistice (Ingrid Bolso Berdal) lighting up the room with her charming self. “She has a dragon!” Hector (Rodrigo Santoro) exclaims when Armistice arrives with a flamethrower. (Where’d Armistice get that fancy hand?)

Get ready, y’all, the band’s back together! 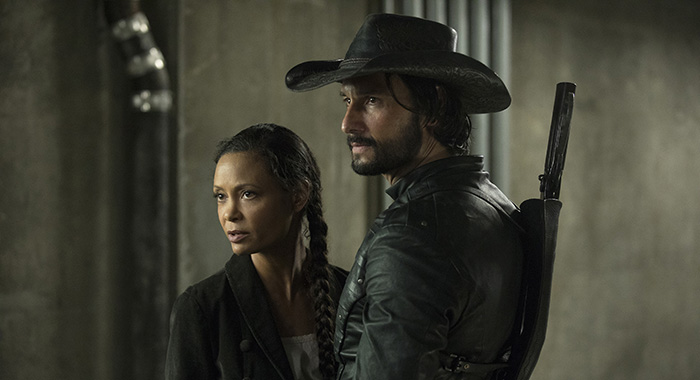 I’m so glad Karl was able to find true love with @thandienewton & Maeve in #Westworld. He deserved better. Laura Linney, you blew it. pic.twitter.com/6mOaHzvOV2 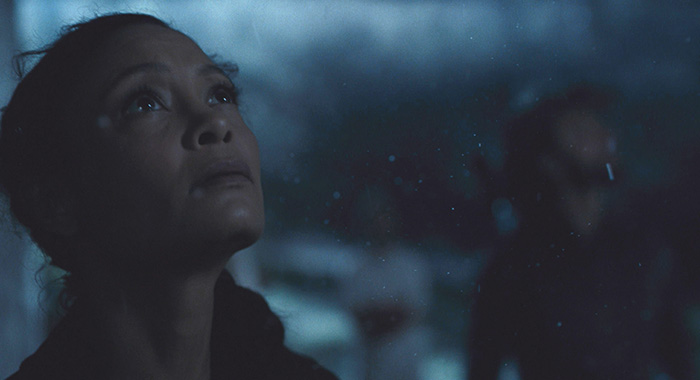 Maeve and crew stumble into Shogun World, which seems to scare the bejesus out of Lee for some reason (ominous). The cliffhanger ending provides a tantalizing tease of what’s to come in episode 4.

Okay, Maeve in Shogun World will be amazing…..@WestworldHBO #WestWorld

What was your favorite part of the episode? It was robot tiger, wasn’t it? Tell us in the comments!