Your Weekly Binge: Superhero Satire, Detectives Old and New, and A Sitcom Worth Saving

Like much of America, the Rotten Tomatoes staff is working remote right now, doing the responsible thing and “social distancing.” And like much of America, and the world, we’re spending a lot of our time – when we’re not working, of course – catching up on the shows and movies waiting for us on our watchlists, and digging around the various streaming services to find previously undiscovered gems. Every week for the next little while, we will be highlighting what our staff members are watching while at home in the hope that we’ll inspire you to discover something new and Fresh, and that you can watch along with us.

Before the series returns for season 2 this summer, catch up on the Certified Fresh first season of the alt-superhero series, in which the villains are (mostly) the characters with powers. A thoroughly satisfying binge, The Boys season 1 requires fewer hours than most workdays – and is a helluva lot more fun. The series stars Jack Quaid as unassuming nice-guy Hughie Campbell, who crash-lands into a world of vigilante vengeance after a superhero inadvertently kills his girlfriend. Karl Urban is unhinged head superhero-hunter Billy Butcher, and Antony Starr is large-and-in-charge super-powered a–hole Homelander. Erin Moriarty, as powered up-and-comer Starlight, brings the humanity, while Elisabeth Shue’s Madelyn Stillwell is corporate greed incarnate. – Debbie Day, Senior TV Editor

It’s hard not to fall in love with this hilarious, absurd, and sometimes viscerally disgusting animated sci-fi show that’s actually a painfully accurate depiction of family drama and dysfunction. The plot is simple: A boy and his narcissistic, alcoholic, scientific genius grandfather go on an adventure every episode. But meta references, deep cuts, and heartache come at you fast and each season warrants multiple viewings, so you may just find yourself binge-watching the four-season series more than once. Wubba lubba dub dub, indeed. – Sara Ataiiyan, Review Curator

Seeing is definitely believing with The OA, a slightly bonkers, but mostly totally brilliant metaphysical mystery. It’s not a show you can fold laundry to; from epic dimension-hopping dance moves to deeply felt character moments, The OA lives and breathes in its constantly spiraling lore. And boy, does it spiral. Creator/star Brit Marling is captivating as Prairie, a missing young blind woman who is found with her vision restored – and whose discovery shakes a small suburban town. The cast around her is equally capable: Jason Isaacs, Phyllis Smith, Sharon Van Etten, Emory Cohen, and Paz Vega are great, and joined by the glorious Zendaya in the show’s second season. The series is probably not for everyone, but those willing to learn its movements will find rich rewards in each passing chapter of Prairie and company’s entangled tales. Though it was unfortunately cancelled after its second season, The OA is worth watching if you’re looking for a show that will truly challenge your expectations, both of the medium and reality. Or if you’ve just finished Watchmen and are looking for a new show that features strange cephalopods. – Haña Lucero-Colin, TV Curation Manager 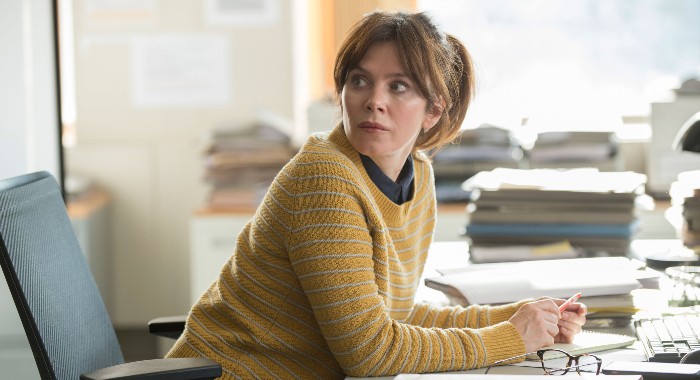 Anna Friel is brilliant in the lead role of DS Marcella (pronounced Mar-chella) Backland, a London detective who returns to the force after a decade-long leave just as a serial killer returns. With her dissolving marriage and unexplained blackouts, she may be more of a mystery than the case she’s trying to solve. Marcella is a dark British crime drama that has a suspenseful first season, followed by a slightly slower second season, and is well worth the 16-episode, two season-investment (even with a cliff-hanger ending). And, with a rumored third season in the works, it’s a great time to play catch-up – Jennifer Jevons, Senior Social Media Strategist 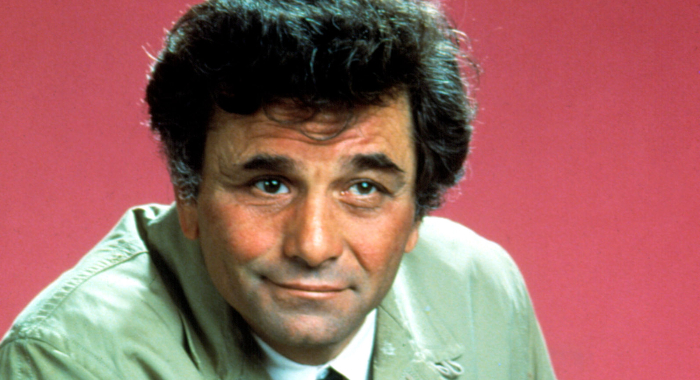 Columbo is the comfiest, coziest show about murder ever made. Every episode, a guest celebrity (ranging from Leonard Nimoy to William Shatner to Ruth Gordon) offs another member of high-society out of passion or premeditated personal gain. Enter L.A. Police Lieutenant Columbo, played to bumbling perfection by Peter Falk, whose insistently circuitous speech and drab appearance lulls crooks into a haughty sense of false superiority. The show reverse-engineers the whodunnit structure by revealing the murderer and the motive in the opening of each episode, with most of the episode framed from their point of view. The joy is in watching how they’ll get caught. The other joy is, of course, Falk himself. The brilliant conceit of his character is that he is always in “character” – how much of Columbo’s lack of social graces and apparent incompetence is real, and how much of it is a front to lure suspects out? You never see any of Columbo’s personal life (though he frequently mentions a never-seen wife); he exists only within the context of the crime. I see shades of this type of character drama in Breaking Bad’s Saul Goodman (imagine if we never got to meet Jimmy McGill) or The Dark Knight’s Joker (we never see him at home base or making plans, only executing them). Five must-watch episodes are “Murder by the Book” (directed by a 24-year-old Steven Spielberg), “Suitable for Framing,” “A Stitch in Crime,” “Any Old Port in a Storm,” and “Try and Catch Me.” – Alex Vo, Editor

Where to Watch: Amazon Prime Video

There’s no better time to binge One Day at a Time, the modern remake of Norman Lear’s classic sitcom that centers around a Cuban-American family in gentrifying eastern Los Angeles. The series ran for three seasons on Netflix before the streamer gave it the ax and, after fan outcry, was saved by Pop TV. Before season 4 premieres on that channel on March 24, give the first three seasons a binge: the show is heartfelt, hilarious, and shows the old multi-camera sitcom format can work if you have the right people behind of and in front of those lenses. Speaking of: Rita Moreno is a flamboyant standout as scene-stealing abuela Lydia, while Justina Machado gives a star turn as matriarch and military veteran Penelope. Bonus: The show is feel-good (we need that) and kid-friendly. – Joel Meares, Editor-in-Chief

This video-game adaptation follows warrior, a wizard, and a half-human half-vampire prince as they battle Dracula and his minions. And we know what you’re thinking: most video-game adaptations are not great – we love them, but Assassins Creed isn’t winning Oscars anytime soon. That said, recent movies like Detective Pikachu and Sonic the Hedgehog have shown us glimmers of hope in the genre, and on the TV side, Castlevania is by far the best of what we have to offer. A faithful adaptation of the beloved Konami game series, the Netflix series expands the world of the labyrinthian game from the ’80s into a compelling adventure with incredible voice performances and thrilling fight scenes. With the last two season rated 100% Fresh, critics agree its worth a watch and now would be the perfect time to start the series as season three was just released. Perhaps you could dust off your old Nintendo or download the original game afterwards if you are feeling suddenly nostalgic. – Jacqueline Coley, Editor