Plus, A Star Is Born gets an awards-season bump and Creed II aims for the Rocky crown on the weekend of December 7-9.

We’re in week two of the industry’s post-Thanksgiving vacation as it gears up for what could be a really incredible finish to 2018 with Mary Poppins Returns, Spider-Man: Into the Spider-Verse, and Aquaman opening within days of each other (the latter of those already made $93.6 million in China this weekend). That’s not to mention Holmes and Watson, Bumblebee (reviews are just now starting to trickle in) and whatever audiences make of Vice, The Mule, and Welcome to Marwen. But we’re not there yet. And this week it was – once again – all about the family films.

Kings of the New Crop: Ralph and The Grinch In Neck-and-Neck Fight For No. 1 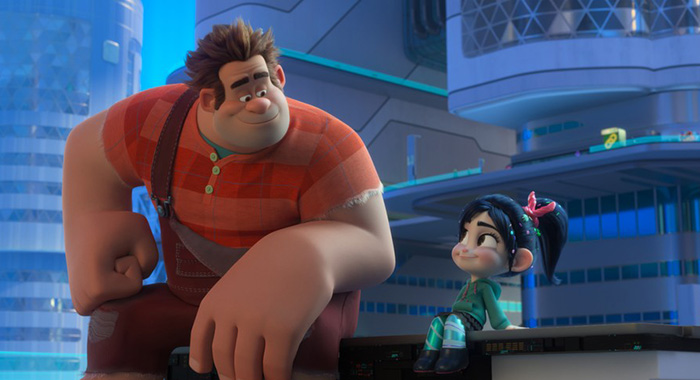 While typically there can be only one, we are going with a two-fer here. Not only was the race for the top spot neck-and-neck this weekend, but each is proving a definite winner for the long haul. Ralph Breaks the Internet is already documented as one of the biggest (if not the biggest) Thanksgiving opening for a new release. At $140.8 million on its 19th day, it is wedged between Big Hero 6 and Madagascar: Escape 2 Africa in terms of its cume at this stage in its run, which could put its final gross somewhere between $180 and $222 million, likely making it a top 5 grosser for the holiday season. At this point, The Grinch is saying “hold my beer.” With over $223 million after a full month in release, The Grinch is just a couple million off the pace of The Incredibles, which dropped 61% in its fifth weekend to make $9 million; The Grinch dropped just 15% and made $15 million in its fifth weekend. The Incredibles finished with over $261 million, meaning that The Grinch is headed for the Sing territory of $270 million.

The Top 10 and Beyond: A Star Is Born Nudges $200 million; Creed II Aims for top of Rocky Franchise 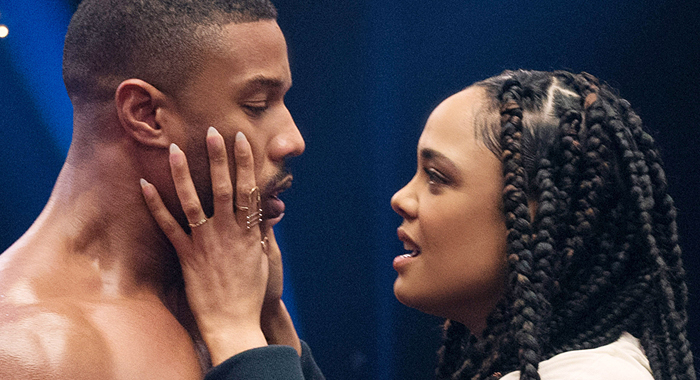 Let’s start outside of the top 10 with what was perhaps the most notable movement of the weekend: A Star Is Born actually increasing its audience by 32%, and ensuring it will shortly cross the $200 million line as it awaits several more award nominations. Its box office cousin, Bohemian Rhapsody, has now officially fallen off its pace but continues to do well – it is about the cross the $600 million mark worldwide. Fantastic Beasts: The Crimes of Grindelwald has not reached that number yet, and is on a pace to finish with around $165 million domestically. Its international haul will make it a minor hit for Warner Bros. The last success story in the top 10 this week is Creed II, which continues on pace towards a total domestic haul of $125-$130 million. Inflation notwithstanding, at $127.9 million it would pass Rocky IV to become the highest-grossing film in the Rocky franchise.

Moving over to limited releases, The Favourite added 57 theaters and grossed another $1.4 million. The certain Oscar player expands further next week. Amongst newbies, Mary Queen of Scots (68% on the Tomatometer) had the best per-theater-average of the week, with $50,000 in four theaters for a total of $200,000. Ben is Back (Certified Fresh at 86%) with Julia Roberts made less than half of that with $80,972 in four venues; that’s right there with Gus Van Sant’s Don’t Worry He Won’t Get Far On Foot from this summer, which ended up with $1.4 million. Then there is Vox Lux (67%), with Natalie Portman, which grossed $162,252 in six locations, putting it in Bend It Like Beckham territory ($161,528 in 2003). Neon would love to make the $32.5 million generated by that hit, but may be headed more for the $1.9-$2.1 million of Shortbus, I Love You Philip Morris, and Shallow Grave.

Finally, Steven Spielberg’s Schindler’s List is back in theaters for its 25th anniversary. Playing in 1,029 theaters, the film took in $551,000. While this may be on the low-end of re-release grosses, it is still not bad for a three-hour film about the Holocaust re-released during the holidays. Last year’s Close Encounters of the Third Kind 40th Anniversary release opened to $1.76 million in 901 theaters. For its 20th anniversary, E.T. was released into over 3,000 theaters in March of 2002 and finished third at the box office with $14.2 million.

This Time Last Year: Coco Holds On, As The Disaster Artist Rockets into Top 5 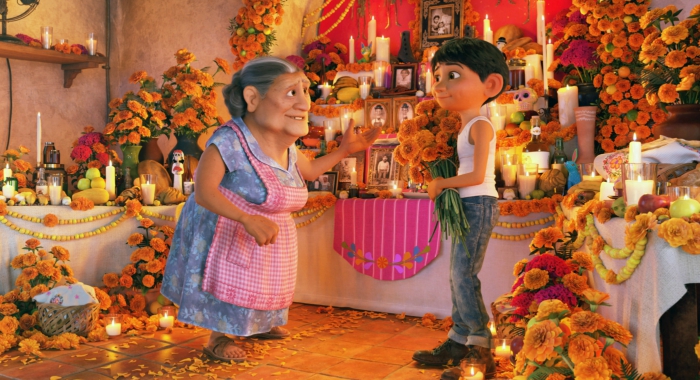 Coco led the box office for a third straight week with $18.4 million and was up to $135.6 million total. Wonder crossed the $100 million line and Thor: Ragnarok crossed the $300 million marker. I, Tonya opened in just four theaters, making $264,155 for a top per-theater-average of $66,039, while The Disaster Artist jumped all the way up to fourth place after expanding into 840 theaters. The top 10 films grossed just $70.6 million and averaged 53.9% on the Tomatometer; this year’s batch grossed an estimate $73.8 million and averaged 60.9%.

On the vine: Spider-Verse Has Wowed Critics, Now It’s the Audience’s Turn 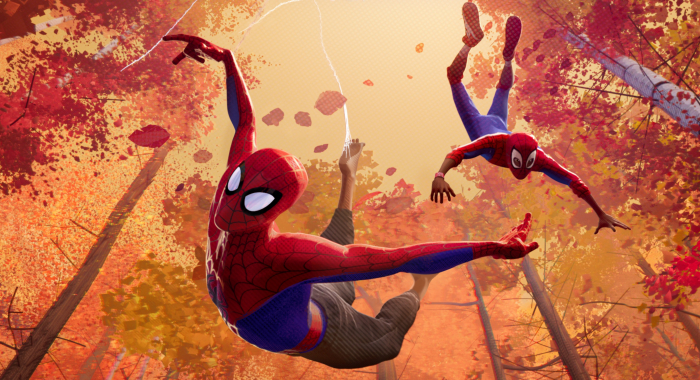 Spider-Man: Into the Spider-Verse has actually taken critics by storm scoring a an almost-perfect 99% less than a week away from release. Will the animated film get the same attention from its fans? Clint Eastwood’s The Mule, his first starring role since 2012’s Trouble with the Curve, was primed as a potential awards player… except that Warner Bros. has done everything to hide it until its release on Friday. It is not screening for critics in most markets and reportedly will not even have any Thursday-night previews. Peter Jackson’s production of Mortal Engines (he also co-wrote the screenplay with his LOTR partners) has not been hidden from critics, and is scoring just a 38% on the Tomatometer on its way to expected low numbers. Select audiences in big cities will also finally get their first look at Barry Jenkins’ If Beale Street Could Talk and The Favourite will be making its first substantial expansion into over 500 theaters.